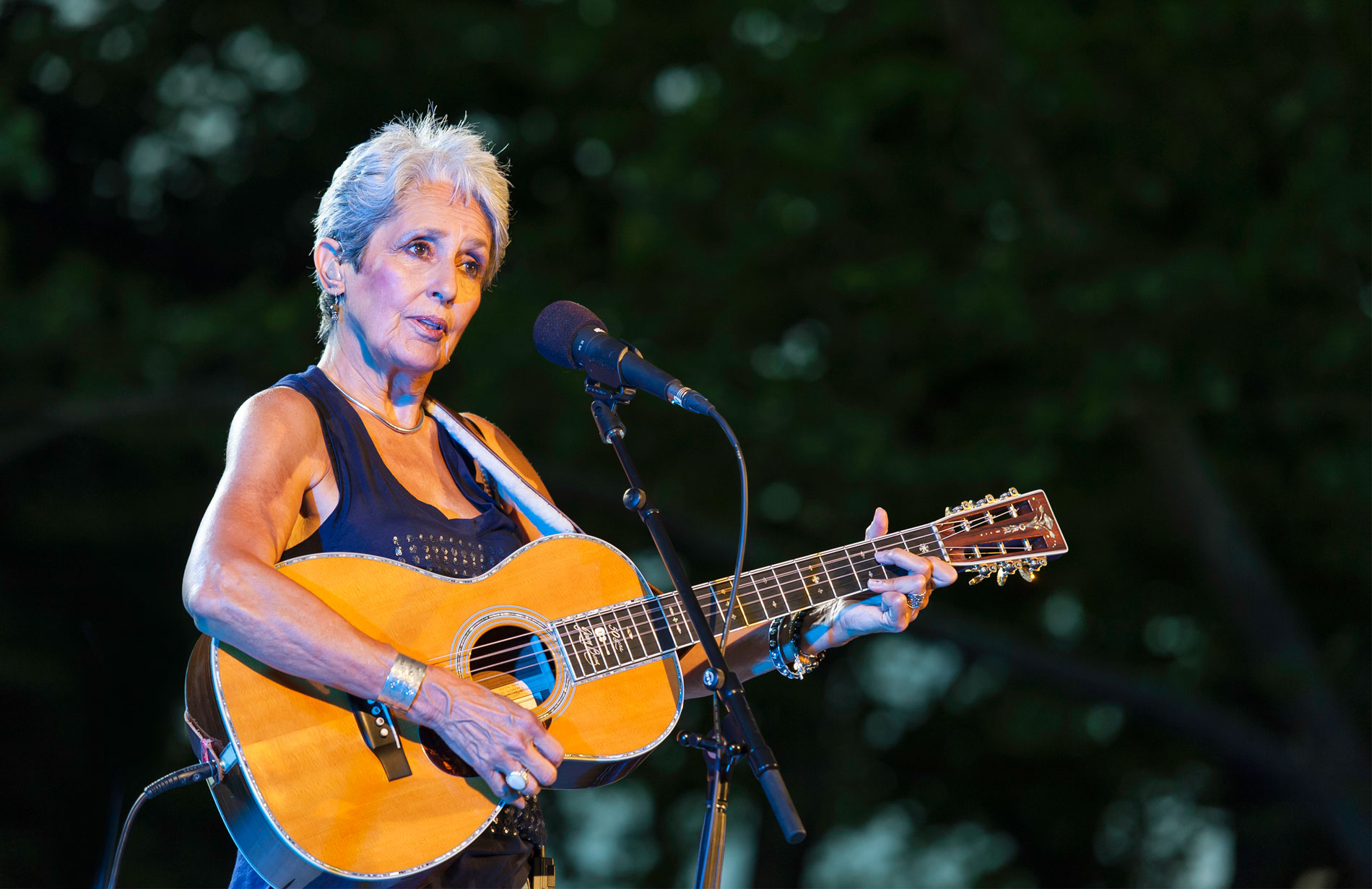 She has a new/old album (covers of the likes of Tom Waits and Mary Chapin Carpenter) that she says will be her last. And she’s on a year-long world tour – bringing her to Canada in the fall – that is also billed as a final bow.

But though the likes of Taylor Swift and Lana Del Rey have given her musical props lately – and she was inducted into the Rock and Roll Hall of Fame last year – it is arguably neither as a singer nor as a recording artist that Joan Baez is most remarkable.

As the 77-year-old folk icon herself noted in a New York Times profile this week, “I don’t make history, I am history.”

It’s a double-entendre, if indeed she is putting punctuation on her career. But despite many eclectic albums in multiple languages and the odd hit, like her cover of The Band’s “The Night They Drove Old Dixie Down” (featured recently in Three Billboards Outside Ebbing, Missouri), Joan Baez is most important for the part she’s played in history.

Baez introduced her then-boyfriend Bob Dylan to the world by inviting him to play alongside her at the Newport Folk Festival. She visited Hanoi during the Vietnam War – the ultimate spit in the face to American foreign policy. She played Woodstock. She was mentored in social activism by heroes Harry Belafonte, Pete Seeger and Odetta. In 1967, Baez and her mother (who died in 2013 at age 100), were jailed along with dozens of other women for blocking entrances to an Armed Forces induction Center.

When I interviewed Baez in 1983 before a performance in Ottawa, I met a jovial, easygoing woman who was used to talking about her life in the past tense and was uneasy about the future. She was still discouraged over the election of Ronald Reagan as President, and joked about how her then-teenaged son Gabriel’s love of punk rock made her feel musically irrelevant and culturally “out of it.”

And yet, she continued to be part of the conversation, sometimes in odd ways. About the time we spoke, she began dating a younger man – a budding tech guru named Steve Jobs. (After his death in 2011, she performed at his memorial).

And in the decades that followed, Baez was wherever social justice was challenged. She made a documentary of her tour of human-rights violators Argentina, Chile and Brazil (a trip during which authorities from the three countries didn’t allow her to play). She was at Live Aid. She wrote music condemning China after the Tiananmen Square massacre. She was part of a protest concert at Occupy Wall Street.

Two years ago, she was front and center at protests against the Dakota Access Pipeline.

For all these reasons, I expect the vibe to be somewhat different at her farewell concerts than at, say, the final whistle-stops by Elton John or Ozzy Osbourne (both of whom are playing farewell tours this year). It certainly won’t be an event that crosses political lines in one massive chorus of Kumbayah. Baez is calling it quits at a time when North American society is as divided as it was when she started her career. And there are people on the right who hate her as much now as ever.

For others, however, it will be a love-in.

The irony is that most of the people who come see her will not have purchased one of her albums in decades. Indeed, beyond the few Taylor Swifts of the world, nobody’s selling albums anymore. Even people of a certain age have embraced The Cloud and streaming services.

But like the crowds who go to casinos to see Alice Cooper, Robert Plant or Jeff Beck, Baez’ farewell concerts will be dog whistle events for our demographic. Whenever we see a performer our age or older, whose music helped form our sensibilities, there is always the unspoken understanding that this could be a form of farewell.

I don’t mean goodbye just because the artist claims it is (I’ve seen at least four farewell concerts by The Who going back to the early ‘80s), but because mortality has the last word. Although, having had a mom who lived to 100 means she may have quite a few words left.

So yes, Joan Baez has a new album. Happily, it’s not a bunch of new songs she hopes will re-start her career. A farewell concert by an artist of her caliber and connection to history is nostalgic comfort food, which is not necessarily a bad thing. She will be expected to play “Joe Hill, Diamonds & Rust,” “We Shall Overcome,” “Last Night I Had the Strangest Dream” and, of course, “The Night They Drove Old Dixie Down” (as part of the encore, I’m guessing).

It’ll be a series of city-to-city events that will reconnect a lot of people to their pasts, ignite introspection, and who knows, maybe even do some social good.