Celine Dion at 50: 11 Career Highlights from the Canadian Chanteuse 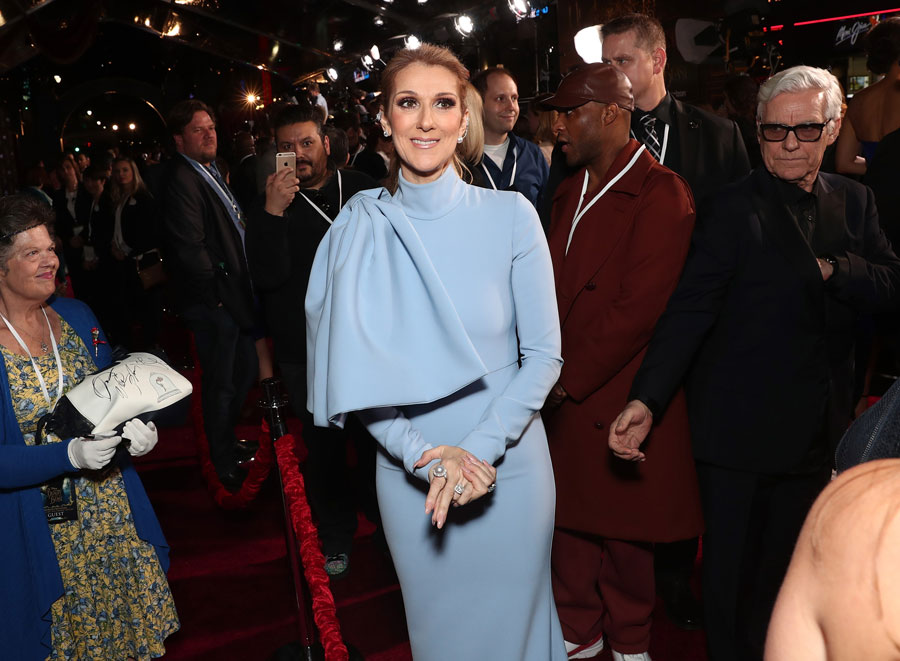 Celine Dion arrives at the Los Angeles premiere of "Beauty and the Beast" on March 2, 2017. Photo: Axelle/Bauer-Griffin/FilmMagic via Getty Images.

It was a low-key birthday for Celine Dion this year — and we get the impression she prefers it that way.

The Canadian chanteuse turned 50 on March 30, but in a recent interview with The Daily Mail‘s Australian magazine, Stellar, she downplayed the milestone.

However, plans to perform a show on her big day were hastily scrapped when it was revealed that she would need “a minimally invasive surgical procedure” to correct a hearing problem. Naturally, Celine — ever the polite Canuck — was profusely apologetic.

“I apologize to everyone who planned to travel to Las Vegas to see my show,” she said in a statement. “I know how disappointing this is, and I’m so sorry.”(Her Vegas residency is expected to resume on May 22.)

And yet, a low-key bash might be just what the hardest-working woman in show business needs after more than a decade of performing at The Colosseum at Caesars Palace. Some downtime at home would fit the bill for the famously family-oriented Celine — no doubt sons René-Charles, 17, and twins, Nelson and Eddy, 7, will prove excellent company.

But lets celebrate 50 years of Celine for her, shall we?

What better way to celebrate all things Celine than with a trip down memory lane?

In 1988, Celine nabbed top prize at the Eurovision Song Contest for her single “Ne Partez Pas Sans Moi.” It was the same competition that made ABBA a household name in the 1970s and ultimately catapulted the Canuck songstress to greater levels of fame. At the time, the then-20-year-old singer was only known in the French-speaking world — which (sort of) explains why the Quebec native won the award as a representative for…Switzerland.

Although it was technically her 15th studio release, Celine’s 1990 album Unison (Columbia Records) marked her first foray into the world of English-language recording.

While most of us fondly remember Angela Lansbury singing the title track to 1991’s Oscar-nominated animated musical, Beauty and the Beast, it was Celine’s memorable duet with Peabo Bryson from the end credits of the film that reached No. 9 on the Billboard Hot 100.

Prior to Celine’s single “My Heart Will Go On,” her biggest hit to date was the smash single, “The Power of Love” from the 1993 album, The Colour of My Love. It soared to No. 1 on the charts in Canada, the U.S. and Australia — and karaoke bars across the globe.

In 1995, Celine returned to her roots with her album, D’eux — which remains the highest-selling French-language album of all time.

With more than 3.5 billion viewers watching from across the globe, the 1996 Summer Olympic Games in Atlanta got off to a rousing start when Celine performed her single, “The Power of the Dream.” The chanteuse topped off the memorable performance with a generous gesture: she donated the money she received for the performance to support Canadian athletes.

It was the song that took over the world — and it later took home top prize on a star-studded evening in 1998. During the 70th Academy Awards ceremony, Celine belted out her mega-hit “My Heart Will Go On” from Best Picture winner, Titanic, while songwriter Will Jennings nabbed the Oscar for Best Original Song.

The following year, the Canadian balladeer set fashion tongues wagging when she arrived on the Oscar red carpet in the now-iconic backward white John Galliano tuxedo. She recently referenced the ensemble during an interview with People magazine: “I was the only one with pants in a backward suit from Galliano and if I would do this today it would work. It was avant-garde at the time.”

In 2003, the Queen of Ballads kicked off her first Las Vegas residency in The Colosseum at Caesars Palace. The show, titled A New Day after her 2002 hit single, “A New Day Has Come” — which partially chronicled her struggle to conceive — sold out, becoming an instant staple in Sin City. (Celine’s first son, René-Charles, was born on Jan. 25, 2001, followed by fraternal twins Eddy and Nelson on Oct. 23, 2010.)

Following the untimely death of her beloved husband, music producer René Angélil, on Jan. 16, 2016, and her older brother, Daniel, two days later, Celine made a triumphant return to the stage of her second residency in Las Vegas on Feb. 23 of that same year. A special video tribute for her hubby — including songs “With One More Look at You/Watch Closely Now” and “Where Does My Heart Beat Now” — were live streamed on Facebook.

Her heart will go on: It’s unlikely we’ll ever forget the time Celine stole the show at the Billboard Music Awards in May 2017 with her stunning rendition of the Oscar-winning single to celebrate the 20-year anniversary of the film, Titanic. Those soaring vocals…that giant crystal chandelier…that incredible Stephane Rolland dress…what’s not to love?

Heck, you may as well just revisit the whole thing here.