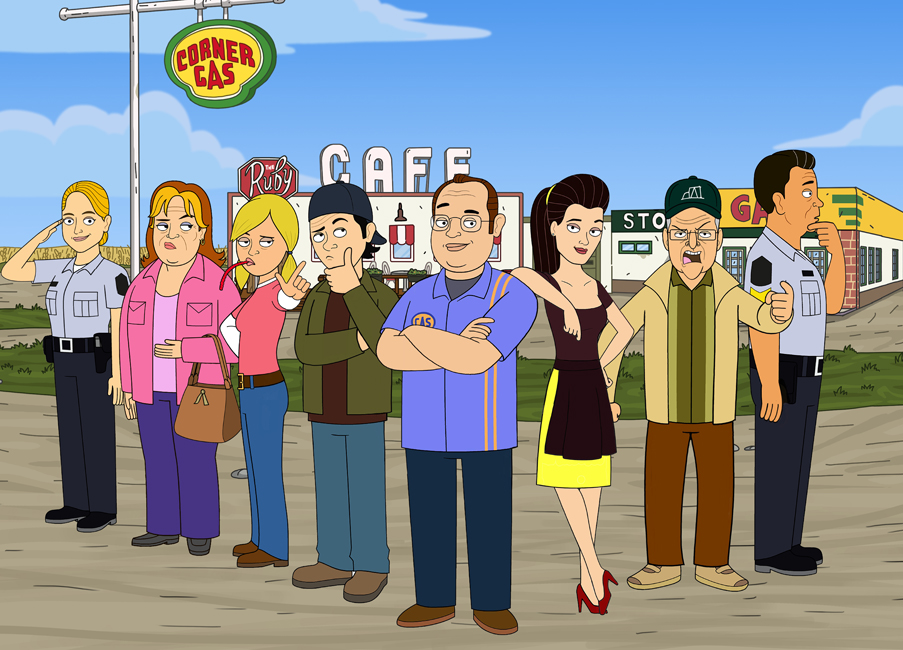 Click the player to listen to our interview with Brent Butt. And don’t forget to subscribe to Ages & Icons  on your favourite podcast app.

By now you’ve all heard the news – Corner Gas is back! Yes, the beloved Canuck comedy centered on a Saskatchewan gas station returns to the Comedy Network this Monday.

If this feels like déjà vu, you’re not wrong. After the sitcom’s original run, from 2004-2009, the residents of Dog River re-converged for a hit Corner Gas film in 2014. And now, five years after that, they’re back for another go – this time, in cartoon form.

Corner Gas Animated reunites all of your favourite characters from the original series for a new season of laughs and we caught up with its creator and star, Brent Butt, in the show’s Toronto animation studios, to talk all the details about how, and why it came about.

From Butt’s own childhood love of animation to getting the Dog River gang back together to how he feels about seeing himself as a cartoon (hint: he loves his “season one hairline”), the 51-year-old tells all to Ages & Icons with his trademark wit and, perhaps, a touch of self-deprecation.

So check out the podcast above to enjoy our one-on-one with Brent Butt, and then tune in to the debut of Corner Gas Animated, which premieres on Monday, April 2 at 8 p.m. on The Comedy Network.

For more info, check out cornergas.com.