Fall of the House of Corman: Roger Corman’s Kids Sue Him For Selling His Film Rights 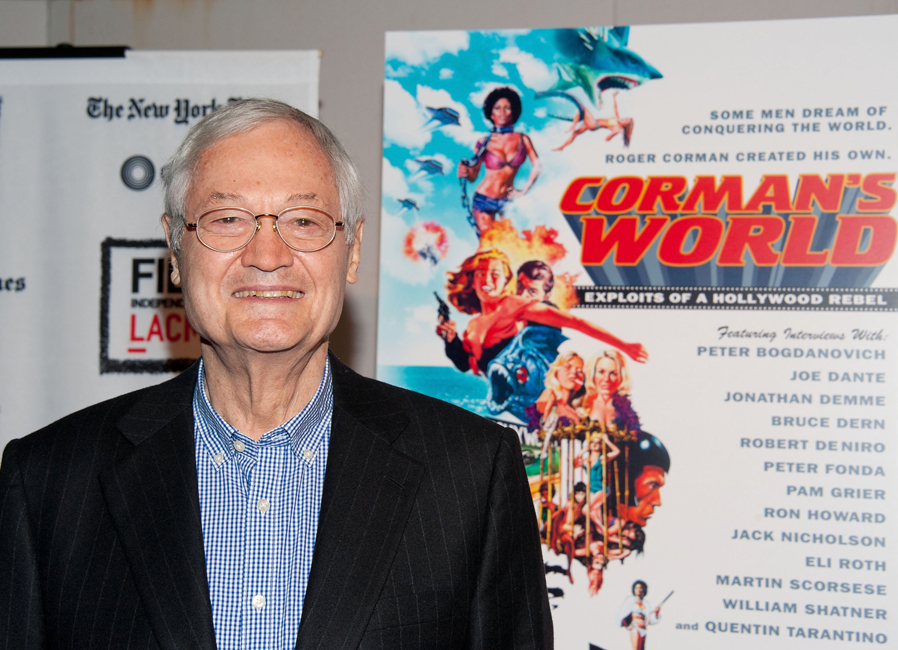 In his classic short story The Fall of the House of Usher, Edgar Allen Poe laments, “There was an iciness, a sinking, a sickening of the heart – an unredeemed dreariness of thought which no goading of the imagination could torture into aught of the sublime.”

It’s a line that is, sadly, befitting the House of Corman – Roger Corman that is – upon news that the famed filmmaker’s kids are suing him for selling his film library to two different companies through his New Horizons production company.

Corman, who, in fact, turns 92 today, earned the nickname “The Pope of Pop Cinema” over the course of a more than 60-year career in which he served as a pioneer of independent film and purveyor of highly-praised horror flicks, including a series of movies based on the works of Edgar Allen Poe known as the “Poe cycle.” He also mentored some of the greatest filmmakers of the past 40 years and co-founded New World Pictures.

But a new lawsuit brought about by his sons – Roger and Brian – on behalf of Corman’s four children with his wife, Julie Corman, alleges that the couple had no right to sell the film library because it was part of “an irrevocable trust established in the late 1970s.”

The lawsuit, which refers to Corman as “Roger William” – his first and middle names – alleges that, “In the spring of 2008, Roger William informed the Corman children that at the end of the summer or fall, there would be substantial distributions to them in the collective amount of approximately $120 million to $160 million, with each beneficiary’s share to be between approximately $30 million to $40 million. When Roger William made the announcement, Julie became visibly upset, engaging in a heated argument with Roger William about his wishes for such distributions. Among other things, Julie insisted to the children that assets in the Trusts belong to her, that she is tired for working for free, and that the distributions vowed by Roger William would not happen. Julie also insisted that none of the Corman children could meet privately with their father, even for lunch or dinner.”

The siblings have also alleged, in the past, that their mother became so verbally abusive, on a daily basis, to their father that he “on several occasions offered to resign and give her complete control over finances if she would just stop badgering him.”

Neither Roger nor Julie Corman have spoken publicly on the matter.

The two companies that bought the Corman film rights – Shout! Factory and China-based Ace Film – which are reportedly planning to remake some of the movies, are also named in the lawsuit on the grounds that they “knew or should have known that the purported sale of the New Horizons catalog included film properties owned by the trust.”