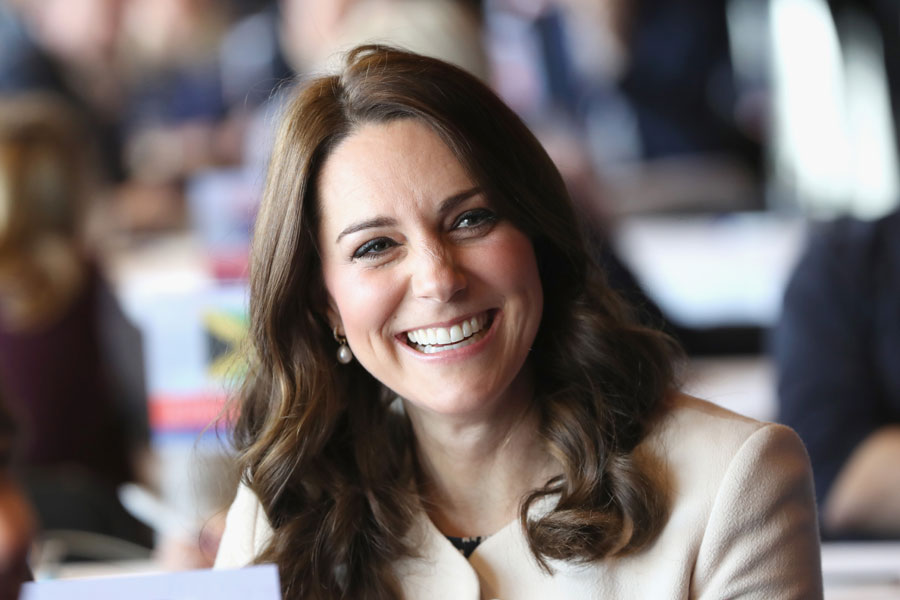 Catherine, Duchess of Cambridge takes part in a Commonwealth Quiz during a visit to the Copperbox Arena on March 22. Photo: Chris Jackson/Getty Images.

The countdown is on!

On April 9, temporary parking restrictions were placed outside the hospital where Catherine, Duchess of Cambridge will give birth to her third child later this month. Designated areas were also allocated to the media.

Notices were placed on South Wharf Road in Paddington, West London, effectively suspending parking from April 9 to April 30 for an unspecified “event” — but we all know what that means: It’s almost time for a new little prince or princess! (Don’t pretend you’re not excited.)

RELATED: Bookmakers Think They Know the Sex and Name of Royal Baby No. 3

This marks the first official sign that St. Mary’s Hospital is preparing for Kate and Prince William’s third bundle of joy. The Duchess, 36, previously gave birth to Prince George, 4, and Princess Charlotte, almost 3, inside the same private Lindo Wing of the hospital.

Although Kate’s due date for Royal Baby No. 3 has been kept under wraps, it’s thought that the baby is expected on April 23.

For you more curious-minded folks, royal protocol calls for Kensington Palace to notify the general public via Twitter once Kate goes into labour, followed by another update once she’s given birth. Initially, all that will be revealed is the baby’s sex, weight and time of birth. An official notice will then be placed in the Buckingham Palace forecourt.

The big reveal — a media photo op on the steps of the hospital — will follow within 24 hours. Personally, I’m hoping for a glimpse of George and Charlotte interacting with their new little sibling — so here’s hoping Mum and Dad let them tag along for the debut.

It’s shaping up to be a busy month for the Royal Family. Should Kate give birth on April 21, as some predict, the baby will share a birthday with the Queen, who turns 92 that day. And if the new little prince or princess makes their debut on April 29, it will coincide with William and Kate’s seventh wedding anniversary.