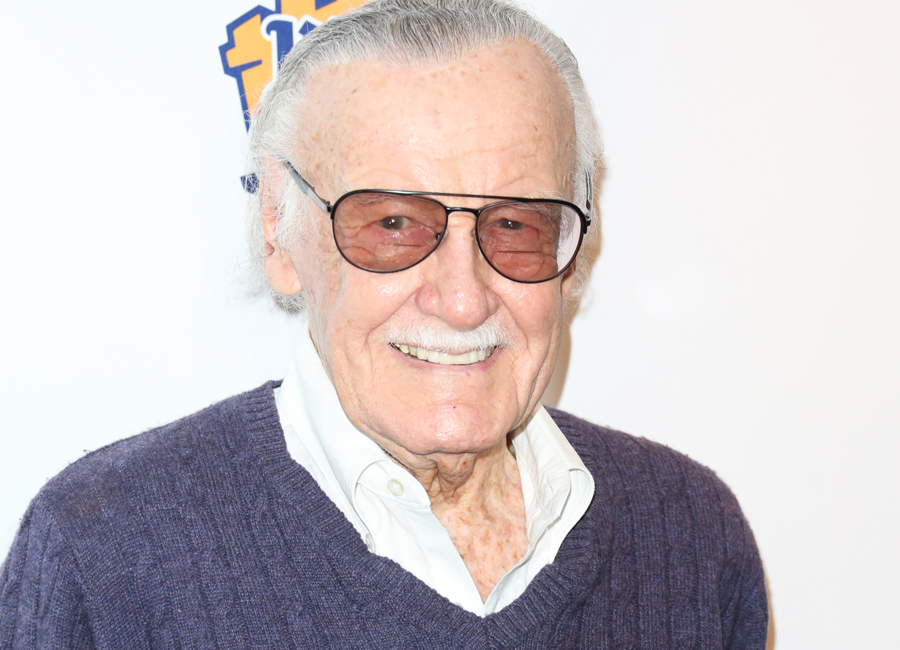 Former Marvel Comics head honcho Stan Lee, who helped create legendary characters from Spider-Man to Black Panther to The Incredible Hulk and The X-Men, suffers from elder abuse and is being taken advantage of by various people, including his daughter, J.C., according to a blockbuster story published today by The Hollywood Reporter (THR).

The story notes that this past February, Lee, 95, signed a declaration alongside his attorney that outlined the need for a trust that he and his late wife Joan (sometimes called Joanie) set up for their 67-year-old daughter, J.C. The declaration explains that J.C. had never married and has been supported her whole adult life by her parents and that they arranged the trust out of fear “that after my death, she will become homeless and destitute.” It also explains that J.C. often spends between $20,000-$40,000 in a month on credit cards, which her father pays off, and that when Lee and his daughter have a disagreement, “which is often, she typically yells and screams at me, and cries hysterically if I do not capitulate to her demands … The abusive behaviour of my daughter J.C. directed to me has become unbearable. It is obvious that she behaves this way to try to intimidate, bully and coerce me.”

In the declaration Lee, who THR says is worth between $50-$70 million, also identifies three men whom he calls “bad actors with bad intentions” that he believes have an influence on his daughter. He also claims in the declaration that those dubious men “have used their relationships with J.C. to try to take advantage of me and gain control over my assets, property and money including but not limited to valuable intellectual property.”

The story takes a twist, however, when it’s revealed that, “A few days after the declaration was notarized, however, Lee changed his mind — or someone did. Whatever happened, [Tom] Lallas was soon out as Lee’s attorney in a confrontation that grew tense enough that the LAPD was called to the legend’s Hollywood Hills home.”

As well, it states that J.C. and one of the three “bad actors with bad intentions,” identified as Keya Morgan, “began consolidating their power over Lee,” going so far as to change his telephone number and monitor his emails, restrict his trusted assistant of 25 years to infrequent, supervised visits, fire long-time staff at his home and replace his lawyer and accountant. Some of Lee’s caregivers also told THR that J.C. was verbally abusive and confrontational while a former associate of the comic legend, named Bradley J. Herman, recalled an encounter in Lee’s office when Joanie told J.C. that, due to her abusive nature, she’d no longer have access to a car they’d leased for her.

“According to Herman — whose active Hollywood client list he keeps private but who previously worked for Johnny Carson and Frank Sinatra — J.C. then roughly grabbed her mother by one arm, shoving her against a window. Joanie fell to the carpeted floor. Lee, seated in a nearby chair and looking stunned, told J.C. he was cutting her off: “I’m going to stick you in a little apartment and take away all your credit cards!” Herman recalls Lee shouting. “I’ve had it, you ungrateful bitch!” In “a rage,” J.C. took hold of Lee’s neck, slamming his head against the chair’s wooden backing. Joanie suffered a large bruise on her arm and burst blood vessels on her legs; Lee had a contusion on the rear of his skull … Shortly afterward, allegedly at Joanie’s behest, Herman took photos that purport to show her injuries, which he shared with THR (another visitor to the house shortly thereafter confirms the wounds). Herman contends the parents asked him not to pursue the matter with police, wary of publicity and law enforcement for their daughter, whom they viewed as emotionally fragile and who they told intimates was still haunted — even as a senior citizen herself — by the bullying of her childhood.”

While J.C. denies the story, her own attorney – Kirk Schenck, another of the “bad actors” listed in the declaration – told THR that “the story isn’t that J.C. is taking advantage of her father, but that she’s potentially being taken advantage of by multiple men.”

Lee himself has refuted the basis of the THR story – that his daughter is abusive and the “bad actors” are taking advantage of him – as well as the signed declaration, in video clips filmed by Morgan which, obviously, raises suspicions about the sincerity of the recordings. The clips are included in the THR story.

Meanwhile, celebrities and fans alike have taken to social media to show support for Lee.

Click here to read all the details from the full THR story.