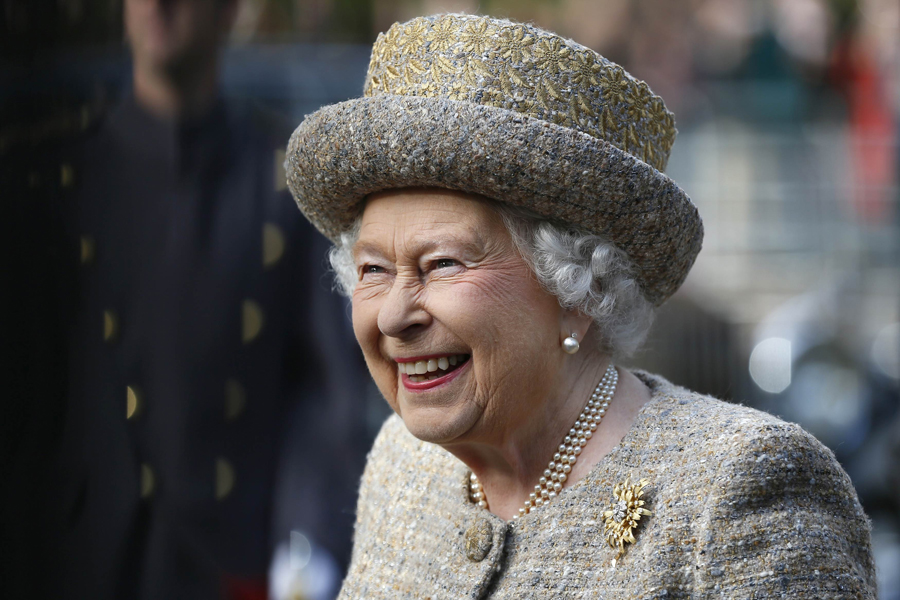 Queen Elizabeth is all smiles at he Opening of the Flanders' Fields Memorial Garden. Photo: Stefan Wermuth/WPA Pool/Getty Images.

It’s a rare thing indeed, to see our Queen take part in a televised interview. But take part she did in the upcoming environmental documentary, The Queen’s Green Planet.

Airing April 16 on U.K. channel ITV (the same folks who brought you Downton Abbey), the doc highlights Her Majesty’s ambitious environmental project, The Queen’s Commonwealth Canopy, which works to safeguard forests around the world via the 53 countries that make up the Commonwealth.

Sharing the spotlight with the Queen is celebrated English broadcaster and naturalist Sir David Attenborough. In a sneak peak released to the public this week, the two 91-year-olds are seen discussing Her Majesty’s love of trees and her hope for a more eco-friendly future.

At one point, the sound of a helicopter brings an abrupt halt to their conversation, inspiring the Queen to make a quip about what the sound reminded her of.

“Sounds like President Trump,” she deadpans. “Or President Obama.” Zing!

As Vanity Fair suggests, perhaps Her Majesty’s perfectly-timed crack is not solely aimed at Trump and Obama, but at the expense of all “Americans [who] are always yapping.” Either way, it allowed for a welcome moment of levity in an otherwise serious, environmentally-minded discussion.

In the doc, the Queen also made reference to planting trees in her garden for each of her four children — Charles, Anne, Andrew and Edward. Currently, there are more than 1,400 trees on the grounds of Buckingham Palace.

In another lighthearted moment, the Queen and Attenborough spot a bent sapling. Sir David suggests they ignore it as it “doesn’t seem to be doing very well.”The Queen jokes, “Somebody sat on it, I think, at a garden party.”

Jokes aside, the obvious camaraderie — and longtime friendship — shared between the Queen and Sir David is reason enough to watch this doc. They manage to tackle a difficult and important topic and make it utterly charming.

The Queen’s Green Planet airs on Monday, April 16 on ITV.