Kids Today: Why Live Music Clubs are a Thing of the Past 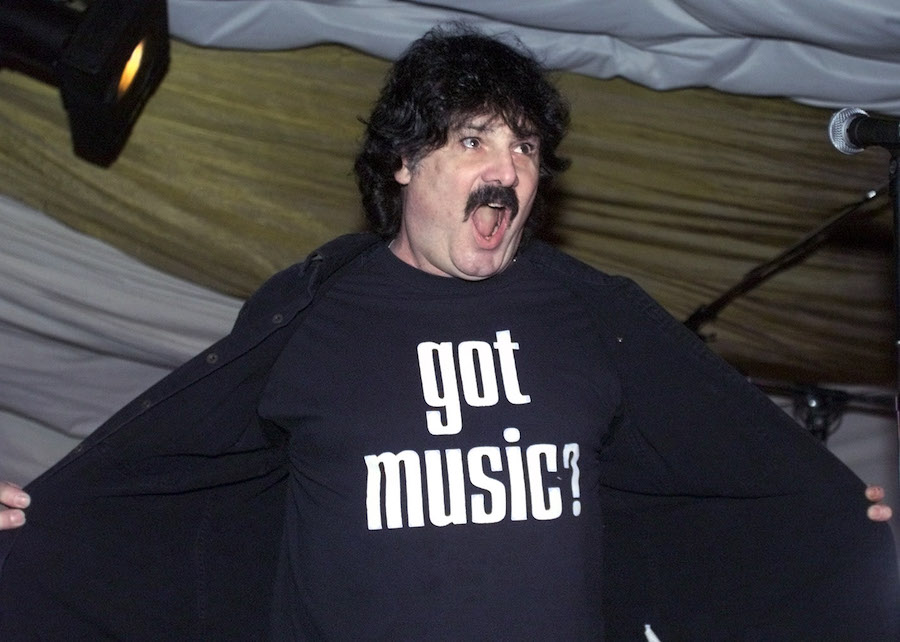 Burton Cummings during a live performance with the Guess Who, at the El Mocambo, Toronto in 2000. (Photo by Bernard Weil/Toronto Star via Getty Images)

Until a few years ago, the Linsmore Tavern in Toronto’s Danforth neighbourhood was – I’m going to say it – a dive. Generations of cigarette smoke stained the windows, hiding its ambience from the outside world. On my one visit, I swear the draft made me sick.

The only time the place made the news was when a nearby car dealership was torn down to make room for a condo, and a woman’s body was found in a trunk buried in the foundation since the 1940s. She’d been a regular at the Linsmore back then, as had her husband, who’d skipped town ages ago.

And then it was renovated (and presumably exorcised) and began life anew as a clean, charming pub that plays host to cover bands — accomplished cover bands, the kind you don’t mind paying a cover charge to hear. And these shows are often sold out.

People are still buzzing about a recent Prince tribute. I marveled at a fantastic ensemble called the Tom Waits Appreciation Congregation that, surprisingy, packs the place on Mondays (a night normally so dead, theatres close). The Congregation is led by drummer-turned-guitarist Marty Morin, ex of the ‘70s hitmakers Goddo. I tried to see a recommended Van Morrison tribute act, but was turned away from the sold out show.

The audiences, of course, are Gen X and Boomers. A Van Morrison cover band is not likely to attract a lot of Millennials.

Across town, backs are being patted at successful efforts to save storied clubs like the folk-blues mecca Hugh’s Room and the El Mocambo (where the Rolling Stones famously met Margaret Trudeau). The saviour in the latter case is Michael Wekerle, 54-year-old star of CBC’s Dragon’s Den and self-styled rocker, who bought the place and is setting it up for a relaunch.

Similar rebirths of boomer-age meccas are happening in other cities, like Vancouver’s legendary Railway Club, which relaunched last year.

But whether these relaunches work apparently depends on the demographic that made them legendary in the first place. The current generation of college kids and twentysomethings are notably not patrons of live music in clubs.

Or so says Jeff Craib, the president of The Feldman Agency, a giant-ape of the Canadian music talent industry. In a recent interview with fyimusicnews.ca he said, “We are in a period where it is becoming challenging to get people… into the venues. There has been a shift in the social mindset, a sort of rite-of-passage we had in the past that isn’t so dominant with younger fans today.

“We see this on campuses and even in high schools. In the past, we all wanted to see live shows, but this just isn’t the case as much anymore. It’s about how much student audiences have to spend and where they want to spend it. The culture has changed.”

He gets no argument from Natalia Manzocco, 30, a food and fashion journalist who has been playing guitar and singing in bands since she was 19 — at one point touring through the Maritimes and playing in whatever venues were available (including an Internet Café atop a Chinese restaurant in Antigonish, N.S.). She currently fronts an all-female pop-punk band called Weak Hands (who are really good, go see them if they play near you).

Three Toronto venues that catered to new music from young “entry level” bands are no longer an option. Two closed — Rancho Relaxo and D Bistro. Another, Smiling Buddha, has been boycotted by bands because of a sexual assault scandal.

Don’t expect any rally-around-the-cause efforts for any of those venues. “Older folks have the money to do that, and we don’t,” Manzocco says. “It’s for the same reason that we don’t go out anymore. Good jobs are harder to come by, and rents are higher. It’s at the point where the disposable income to keep up regular activity in a ‘scene’ is just not there – let alone kicking in money to save a venue.”

Drumming up a crowd, especially for a band that has yet to record or put out a video, is a pretty hands-on experience, she says. “It becomes, ‘Oh my friend plays in that band,’ or my friend’s friend, or, ‘I know people who are going.’”

Meanwhile, for those who remember the ‘60s, ‘70s and ‘80s, some of their favourite old acts are just around the corner. A few subway stops away from the Linsmore, at an old blues bar called The Black Swan, you can see Mike McKenna (whose McKenna Mendelson Mainline once replaced Jimi Hendrix at the Utrecht Pop Festival in Holland), and Sebastian Agnello (who had hits with the band Lords of London before he was old enough to drink).

Danny Marks, the former guitarist of ‘70s pop hitmakers Edward Bear, has played regular Saturday afternoons at various bars for years. He takes requests and knows virtually every song that ever charted on top-40 radio.

Even the “after hours/speakeasy” scene tends to be older than it used to be. A back-alley venue in the trendy Queen/Ossington neighbourhood called “Lorraine’s” regularly plays host to Astrogroove (a band fronted by Richard Underhill, ex of The Shuffle Demons) and various jazz artists who find they make more in this grey-market venue than in the actual bar they just closed).

The crowd of night owls (mainly from their 40s to their 60s) has grown older along with the venue, which over the years has welcomed the odd celebrity via word-of-mouth (including Mickey Rourke, Farrah Fawcett and members of the band Queens of the Stone Age). Lorraine herself has retired, but the venue carries on in her name.

There was really no alternative to leaving the house when our demo was growing up. Who knows, if Skype and YouTube were available, would our experience with live music have been as visceral?

Manzocco is optimistic her generation will eventually leave the house and return to the clubs.

“Live music for younger people still exists in the city, a rock n roll scene. It’s a lot smaller but it’s kind of cool. I see a lot of bands that feature more women, more people of color, more queer kids. Which is really, really neat. The New York Times did a piece last fall about how indie rock is being dominated by women.

“It’s like a lot of the old guard and the dudes have kind of cleared out. It’s more diverse and reflective of different people and perspectives.

“When it comes back, it’ll come back that much stronger for it, I think. It’s like the last 20 people at the party. All the booze got drunk, but the cool people are still there.”