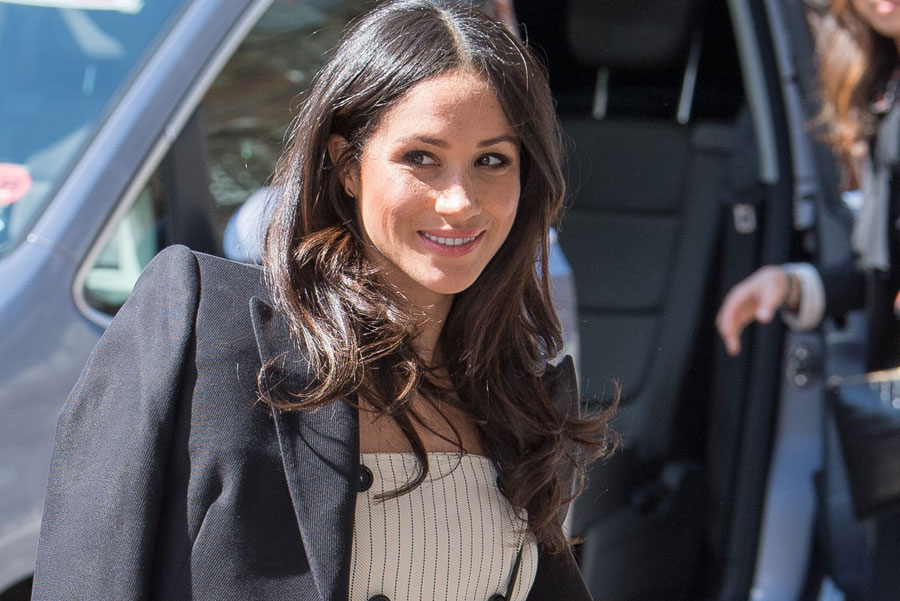 There’s no denying it’s been an unconventional courtship by royal standards: In a whirlwind 18 months, Prince Harry and Meghan Markle moved in together, announced their engagement, spent the Christmas holidays together and stepped out with the Queen during Commonwealth Day celebrations — making the former actress an exception to stuffy royal protocol.

Catherine, Duchess of Cambridge certainly wasn’t given these opportunities — at least not until after her April 2011 wedding to Prince William. And now, Harry and Meghan are even attending international forums together — and they’re not even married yet! So, what gives?

No, it doesn’t mean the Queen likes Meghan more than Kate. (Pfft, as if Her Majesty would ever do that.) Simply put: the times, they are a’changin’ — and aren’t people always saying the monarchy is in need of some modernizing? Well, then look no further than Harry and his American beauty.

Earlier this week, the Queen appointed her grandson as Commonwealth Youth Ambassador and, during his keynote speech, he expressed his excitement to have his bride-to-be by his side as they forge an international partnership.

“In my new role, I will work to support the Queen, my father The Prince of Wales, and my brother William, all of whom know that young people are the answer to the challenges of today. I am also incredibly grateful that the woman I am about to marry, Meghan, will be joining me in this work, of which she too is hugely excited to take part in.”

With only a month to go before their highly-anticipated nuptials, Harry and Meghan attended an event at the Queen Elizabeth II Conference Centre in London on April 18 as part of the high-profile Commonwealth Heads of Government Meeting (Chogm) Week.

The couple were introduced to 40 of the 500 young leaders taking part in the Forum’s sessions.

According to a statement released by Kensington Palace, a whopping 60 percent of the Commonwealth’s 2.4 billion people are under the age of 30 — an astronomical number, all things considered.

Meghan is also expected to take part in the Commonwealth Heads of Government Meeting’s Women’s Empowerment reception on Thursday. The event will be hosted by U.K. Foreign Secretary Boris Johnson. A former UN Women ambassador and vocal feminist, Meghan is undoubtedly thrilled to take part in a cause close to her heart.

The mere fact that Meghan has been asked to attend official engagements set around the Commonwealth Heads of Government Meeting is groundbreaking for a royal fiancée — and it proves the Queen has total confidence in her future granddaughter-in-laws abilities to carry out royal duties.

Harry and Meghan, who tie the knot on May 19, are also expected to attend a reception hosted by the Prime Minister of Australia, Malcolm Turnbull, on April 21 — the Queen’s 92nd birthday — to celebrate the next Invictus Games in Sydney in October.

Harry’s Invictus Games is an international sporting event for wounded, injured and sick servicemen and women. The Paralympic-style Games were created by the royal to help inspire recovery and support rehabilitation.