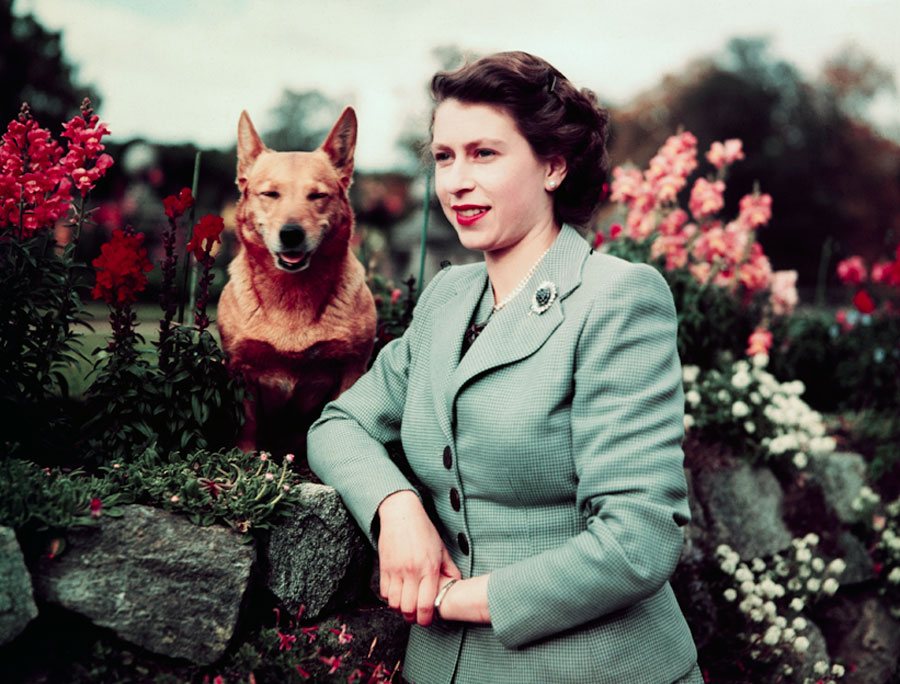 In March 1953, Queen Elizabeth posed in the garden with one of her beloved pups. Photo: Getty Images.

This wasn’t exactly the birthday celebration Her Majesty had in mind.

The monarch, who turns 92 on Saturday, has reportedly been “hit extremely hard” by the death of her beloved 14-year-old corgi, Willow. The pup, which was the last direct descendant of the Queen’s first corgi, Susan, suffered from an undisclosed cancer-related illness.

A Buckingham Palace source told the Daily Mail: “She has mourned every one of her corgis over the years, but she has been more upset about Willow’s death than any of them…It is probably because Willow was the last link to her parents and a pastime that goes back to her own childhood. It really does feel like the end of an era.”

The death comes 18 months after the passing of the Queen’s other corgi, Holly, who died at the royal residence in Balmoral, Scotland. Now, Willow’s death on April 15 effectively ends the Queen’s close ties with the breed dating back eight decades.

Royal watchers may recall that Holly and Willow were featured in the portraits shot by revered photographer Annie Leibiovitz for Vanity Fair‘s celebration of the Queen’s 90th birthday in 2016. Willow also famously appeared in the 2012 James Bond sketch which the Queen pre-recorded with actor Daniel Craig for the opening ceremony of the London Olympics. Corgis have become almost synonymous with the monarch, and her furry friends were frequently pictured with her on the grounds of Buckingham Palace. Little stuffed corgis are even available for purchase in the palace shops.

In fact, her first corgi, Susan, was so beloved that she even accompanied Her Majesty and the Duke of Edinburgh on their honeymoon!

The Queen’s passion for all things corgi started on her 18th birthday, when the then-princess was gifted Susan, kicking off a lifelong preference for the breed — although her father, King George VI, was the first to officially introduce her to the little pups with his own corgi, Dookie, in 1933.

The Queen has recently voiced her decision not to adopt or breed any more dogs — in part because she fears tripping over one of her pets and also doesn’t want to leave any young pooches behind in the event of her own death.

Her Majesty still has Vulcan and Candy, two dorgis — corgi-dachshund crosses — but Willow was the last link to the Queen’s original royal corgis.