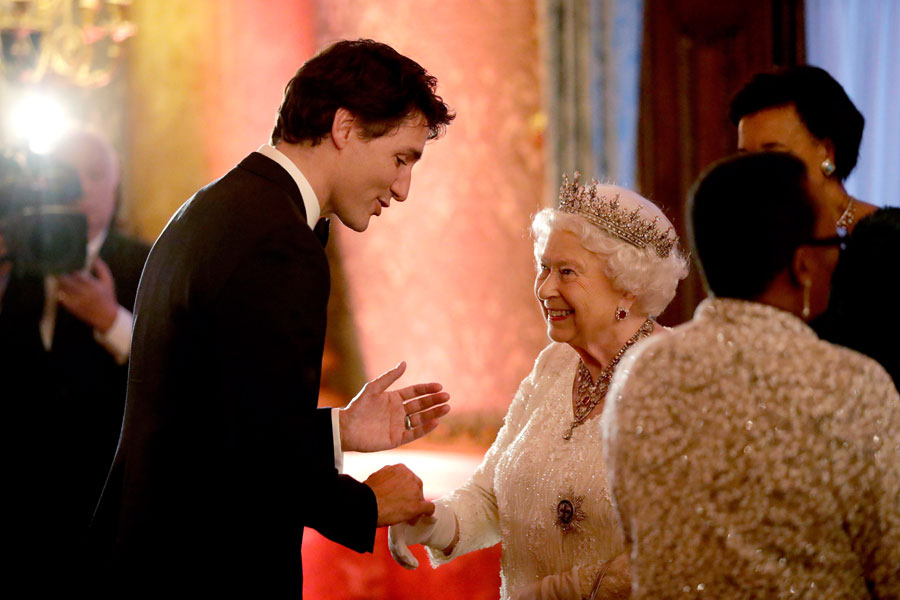 Buckingham Palace was the place to be this week.

If it feels like the Royal Family were in the news more than usual lately (which is really saying something given all the babies and weddings that are right around the corner), that’s because they have been!

The Commonwealth Heads of Government Meeting summit — which kicked off in London earlier this week — ended on a glamorous note with a state banquet at Queen Elizabeth’s main royal residence.

On April 19, guests and leaders of the 53 nations that make up the Commonwealth schmoozed among the cocktails and tiaras while all eyes were trained on Her Majesty — who looked positively regal in a dazzling white gown and her Girls of Great Britain and Ireland diamond tiara, by the way.

The monarch even had the chance to chat with Prime Minister Justin Trudeau — and, judging by that beaming grin, Her Majesty was just as susceptible to the Canadian PM’s charms as many others.

If only we could have been a fly on the wall for that conversation, eh?

RELATED: It’s Official! Prince Charles Will Be The Next Head of Commonwealth

This year’s Commonwealth summit is likely the last for our Queen as she plans to cut back on her royal duties and hands more responsibility over to her son and heir, Prince Charles.