One-On-One with Paul Soles, Star of ‘My 90-Year-Old Roommate’ 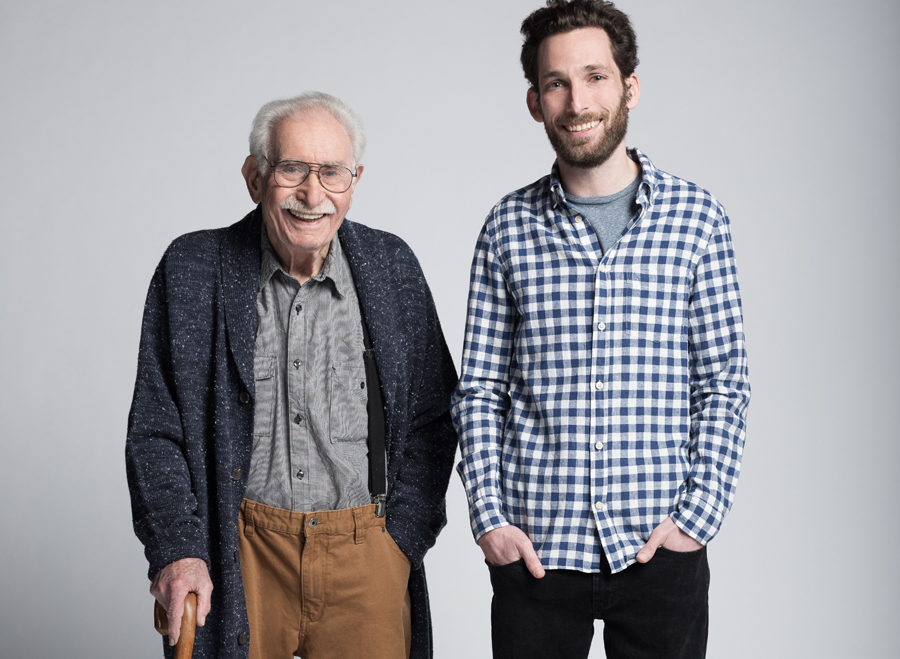 I spoke with Paul Soles for the first time earlier this month, but it turns out that I’ve been watching him perform my whole life. And you probably have, too.

The Toronto-born actor and TV presenter, 87, made his career in film, radio and television, but it’s the latter in which he’s arguably created his greatest legacy. He provided the voice of both Hermey, the elf who wants to be a dentist, in the 1964 stop-motion classic Rudolph the Red-Nosed Reindeer — which, like many Canadians, I’ve watched every holiday season as far back as I can remember — as well as the original voice of Spider-Man in the 1967 cartoon series of the same name. He also served as the long-time host of the CBC interview program Take 30, including one 1967 episode when he, alongside co-host and future Governor General Adrienne Clarkson, interviewed a young Moses Znaimer.

Now, Soles is back at CBC and tackling a brand new medium — the internet — starring in the web series My 90-Year-Old Roommate, in which he plays a widowed grandfather who takes in his 30-something grandson (played by Ethan Cole). The series tackles subjects ranging from mortality to technology to changing cultural norms and whether young people are better drivers than older people. The generational clash, however, allows both young and old to learn lessons about life from a different perspective. In the season one episode below, for example, Joe (Soles’ character) learns from his grandson what the dating term “ghosting” means and then attempts to apply it to his own life.

With the second season of My 90-Year-Old Roommate debuting April 26 on CBC, Zoomer sat down with the titular star himself to discuss the series and, of course, his roles as Hermey and Spider-Man, too.

MIKE CRISOLAGO: The show is very funny but the language and subject matter is slightly racier than one might expect for a CBC series. Did you have any reservations about that going in?

PAUL SOLES: For sure. If you don’t [think] when I started this two years ago [that] I thought, “Geez what will my mother think of this language or these situations?” … [But] it partly attracted for several reasons. I was raised and trained and had my career more or less on live television during a period of relative decorum, manners, respect, etc. And when we consider what the general state of that sort of thing is now in the world it’s pretty dismaying. But in a way it’s kind of nice to see things moving forward … To see now the standards changing, weakening whatever and [having worked] at a time in the CBC when all of that was frowned on, it’s like getting loose from school … we can say and do more or less whatever we want.

MC: Why is it important to show a 90-year-old man in this sort of light, as opposed to the traditional way that we usually see a person of this age portrayed on screen?

PS: The essential spine of the show … of their relationship is the difference in generations. And the older one is being instructed in the new way and he’s scratching his head and the kid can [say], “Where have you been all your life, of course this is okay, it may not have been for you, but it is for us, etc.” So that element is in a way undone in the show and I think that’s part of the reason for being and governs the kind of approach things are given, because the old man is getting educated [and] the youngsters are getting educated as well as to a set of standards — a generation where certain rules apply, but don’t now. So it’s discovery on both sides.

MC: What element of your character do you most identify with or relate to?

PS: That’s a good question. Well it’s the discovery of things that are taken as normal today that are foreign to me. I mean you mentioned “ghosting,” a term I’ve never heard. And I’m at odds as to whether or not to mention this other element that’s in the show this year … but do you know what manscaping [the process of a man shaving or shaping his body hair] is?

PS: Well I have to say, without getting into a rant, [that] I don’t quite get it. So for the old guy, for Joe or our generation, that’s something I have to draw a line and say I just don’t get it. I can’t argue that it’s there. I can’t wish it away, because that won’t happen. I still believe that there should be some decorum in society among the family and so forth. There is a kind of example of confronting something from both sides where each takes a kind of peculiar attitude and that kind of surprise can happen when you’ve got two generations not colliding, but interacting.

MC: Before we go I wanted to ask you about doing the voice of Hermey on the old Rudolph the Red-Nosed Reindeer stop-motion film. Like many Canadians I’ve watched it every year since I was a kid. How does it feel to be associated with such a fixture of Christmas?

PS: But that’s nothing to do with me. Getting the role was no different than doing so in any other medium and insofar as whatever you bring to the character is you … Every actor faces the thing, but how do you relate to making this character as honest and therefore credible as you can?

MC: But does it mean anything to you just to know that it’s such an ongoing tradition for so many families and generations?

PS: Yeah, I’m not absolutely certain whether I’m right or not, but I think I understand why. Within a year of each other, I also did the voice track for Spiderman … Peter Parker. But in these characterizations, especially with Peter Parker, you’ve got a young man, kind of an adolescent, he’s a photographer, works for the Daily Bugle. Ordinary nice kid, but the idea of being a superhero, who can do all these things and takes on the role of protectors of people and defenders of fate and all that stuff. And then Hermey was forced by nature into a role that he was not comfortable with. He didn’t want to make toys, he wanted to be a dentist. I hope I’m not making an obtuse point, but to me it’s very real because it took a long time for me to quite understand this, I certainly didn’t when I was doing it. But I now understand what Stan Lee had in mind with Spiderman and why it was so difficult to do, because Peter Parker did too. He was not a superhero, he had zits, he couldn’t get along with girls, he was just an ordinary high school kid, circumstance sent the spider bite to him, etc., and the death of his uncle was a terrible blow to which he had to respond. And the same with Hermie in Rudolph, and Rudolph – they were characters forced into circumstances not of their own choosing and they were alienated, told they were outcasts. Everybody’s been excluded at one time or another in their life and I think that was essentially true of the Rudolph/Hermie story. They were ostracized for one reason or another and eventually circumstances [came about] that they be accepted. And we can all learn from that.

Season 2 of the CBC original comedy series ‘My 90-Year-Old Roommate’ is streaming on the CBC TV App and cbc.ca/watch. Viewers can also click here to catch up on season 1.