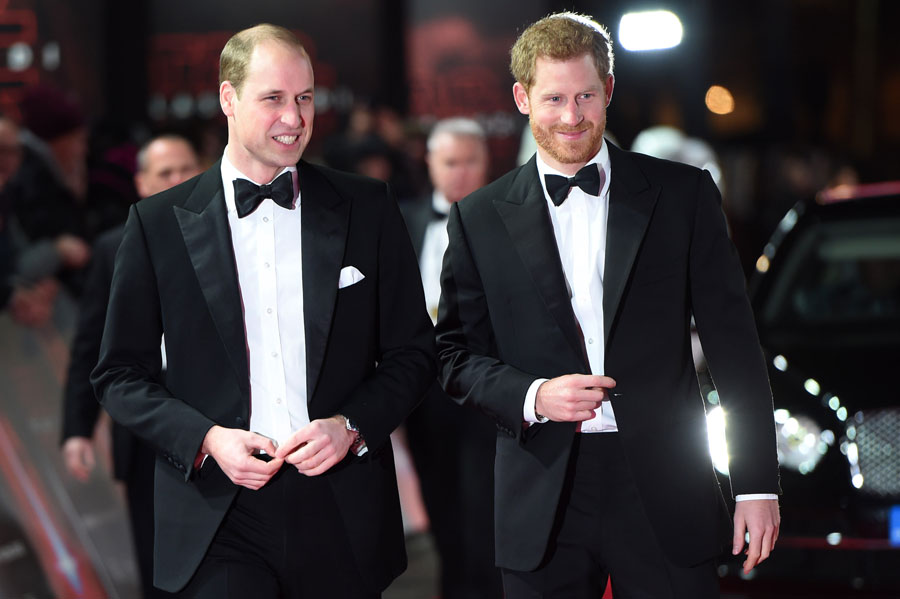 It was the news we’d all been expecting — so much so, in fact, that we figured it was a done deal. But, as is the way with all things royal, an official proclamation must be made.

So, here we are: It’s April 26 — less than one month before the wedding — and Prince Harry has finally revealed that he’s chosen his big bro, William, to stand by his side as best man.

Kensington Palace issued the following statement to tell us what we all already knew from the moment Harry announced his engagement:

Royal watchers will recall that Harry served as best man to William at his 2011 nuptials to Kate Middleton, standing by his brother’s side as Kate walked down the aisle at Westminster Abbey in front of 2,000 guests.

Back in January, U.K. radio host Roman Kemp prodded William about his role in the Royal Wedding. At the time the prince said he hadn’t been asked yet, but revealed that his close relationship with his younger brother is partly due to the bond they shared after the 1997 death of their mum, Diana, Princess of Wales.

“Our relationship is closer than it’s been because of the situation we’ve been through,” he said. “Losing our mother at a young age, it’s helped us travel through that difficult patch together. You’re like-minded. You go through similar things — it’s a bond, and it’s something you know you’ve tackled together and come out better for it.”

Harry and Meghan have kept their lips sealed about the rest of the bridal party, however. Although Meghan’s close pal, actress Priyanka Chopra, seemed a shoo-in as bridesmaid, she recently confirmed that she did not have a role in the Royal Wedding.

“I’m super excited about her and her big day,” Chopra told People. “It’s not just going to be life-changing for both of them, it’s life-changing for the world that needs to see strong women as icons, and I think Meghan has the potential to be that.”

As is tradition with most Royal Weddings, the bride and groom usually choose a group of younger relatives to serve as page boys and bridesmaids. This almost guarantees that we’ll see little Prince George, 4, and Charlotte, almost 3, reprise the same roles they played at their aunt Pippa Middleton’s May 2017 nuptials. (No doubt they’ll steal the show.)

As for Meghan’s maid-of-honour? With Chopra off the list, all bets are on Jessica Mulroney, daughter-in-law of former Canadian prime minister, Brian Mulroney. The two struck up a close friendship during Meghan’s seven years living in Toronto filming the legal drama, Suits.