Catching Up With… Dawn Wells from ‘Gilligan’s Island’ 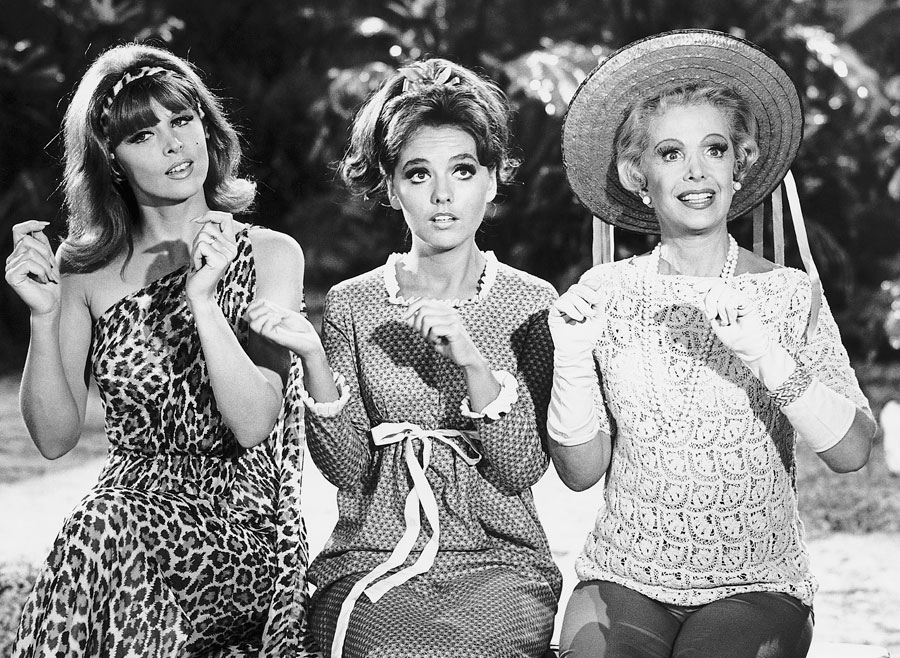 The actress talks book writing, those infamous short-shorts and beating out Raquel Welch for the role of Mary Ann on Gilligan’s Island.

Dawn Wells wants you to know she’s a good girl, even though she was raised by a single mother in a tough-talking gambling town and headed to Hollywood at a young age — a stark contrast from her mild-mannered, pig-tailed alter ego, Mary Ann Summers, on the beloved 1960s sitcom Gilligan’s Island.

But you’d be forgiven for thinking Wells and Mary Ann were one and the same — after all, the 79-year-old actress was frequently confused with her on-screen persona. With her girl-next-door appeal and slight twang, Wells had the sunny disposition and southern farm girl act down pat.

“Mary Ann is very much me, although I’m more worldly,” she told Zoomer over the phone. “My parents were divorced [when I was young] and I was raised in Reno, Nevada, where there’s gambling, prostitution and instant divorce — none of which is Mary Ann at all! But I do treasure her.”

Here, Wells lets out a loud chuckle. “Although I do swear more now, I’m still a good girl. I mean, I’m not a prude, but I was raised well.”

“We were made fun of by the reviewers,” Wells recalls. “They thought it was just the stupidest show.”

But the gamble paid off: Gilligan’s Island went into syndication and remains one of the highest rated American TV series of all time.

We recently caught up with Dawn Wells to talk about all things Gilligan’s Island.

LAURA GRANDE: You’ve recently released an audio version of your part-memoir, part-self-help book, What Would Mary Ann Do?: A Guide to Life. What was it like revisiting it nearly five years after you first published it?

DAWN WELLS: “It’s interesting because I’ve always loved books on tape, and there are a lot of people out there who don’t — or can’t — read anymore. I get emotional reading the things I’ve written. It’s my story. When I was a kid, we didn’t have listening books, you know? I don’t know how many authors read [their work] themselves, but I think it’s a wonderful experience because after I’m long gone, you’ll still hear my personality [coming through]. And I hope it revives memories of teenage years, and I hope it’s something readers will want to pass on to their kids.”

LG: What was your favourite part of the writing process?

DW: “I’m not a writer. I never liked essays in high school or college. But what I did enjoy was recapturing those memories and expressing how I felt about the people. I have some funny stories about my mother, like when, in my senior year of college, I was out with my boyfriend driving from Reno to Seattle when the police pulled us over, and the officer asked, ‘Are you Dawn Wells? Call your mother.’ (laughs) She knew where I was every single minute.”

LG: Any new “Mary Ann tips” you’d add since it was originally published?

DW: “Well, that’s an interesting question. I’d probably need to add another three or four chapters because I’m now divorced and I’ve done many more things since then. So I might have taken Mary Ann more in the [direction] of being a real grown up — and I’d want to [write about] what parts of Mary Ann are still with me and what parts I’ve shed.”

LG: The book’s original release (2014) coincided with the 50th anniversary of Gilligan’s Island. When the pilot debuted, did you have any idea that it would become a cultural landmark?

DW: “Oh, no, the producer had a hard time selling the plot. People would ask him what the characters were supposed to do for all those episodes. But it’s really just about a bunch of misfits trying to get along. These are people who would not necessarily have been friends if they’d all been together in, say, Iowa. I think the series had a lot to say, and it was one of the first sitcoms to move out of the family room setting — it was pretty with all the palm trees and the water.”

DW: “I was one of about a hundred girls, but I really knew who Mary Ann was. I was the one who insisted on wearing gingham and two ponytails. I said, ‘I think that’s who she is.’ But what I didn’t know was that they’d put me in those short shorts. That was such an issue because [due to censorship laws] you couldn’t show my navel on TV. It was hysterical. We’d be 15 minutes away from ending the day, and someone would say, ‘Well, we have to shoot it again! We just saw Dawn’s navel.’ Nowadays you can show cleavage down to your belly button!” (laughs) But there wasn’t much acting ability required when you auditioned — I think they just wanted to see the chemistry between everyone. And I don’t think you can play a character for three or four years and not have some part of yourself come out. [In the end], we were all a little bit like our characters except for Gilligan — Bob Denver was very smart; an intellectual. We lost him too early.”

LG: Is it true you beat out Raquel Welch for the part of Mary Ann?

DW: “Yeah! She tested for it. She would have made a beautiful Ginger, though. She was too sexy to play Mary Ann, I think — a little too glamorous. Mary Ann was more of a farm girl.”

LG: How much of Mary Ann is Dawn Wells?

DW: “A lot. I was raised with values and rules and an emphasis on education. I was raised to be dependable, responsible and kind. I was raised as a Mary Ann living in Nevada, which is odd.”

LG: What do you think makes Gilligan’s Island such an enduring classic?

DW: “My first instinct is that there’s no dating it — there are no cars or clothes or furniture to give away when it was filmed. It was also the overall camaraderie [shared between the cast] and a morality that lasts forever. If you’re watching Leave It to Beaver, Beaver will eventually grow up — but we were all who we were from the beginning of the series to the end. That was brilliant.”