What Tradition? 4 Ways Meghan Markle Will (Probably) Break Royal Protocol at Her Wedding 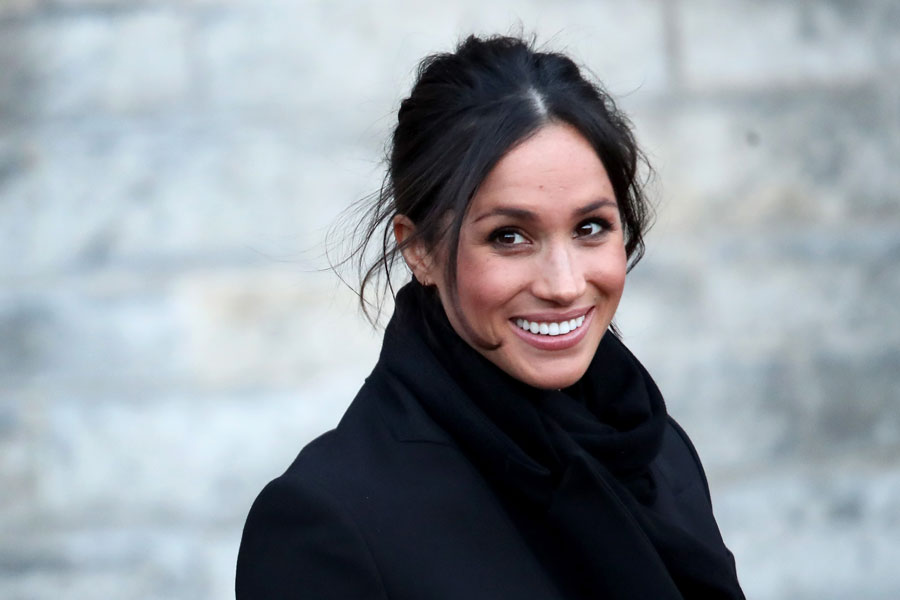 Meghan Markle is a rule-breaker.

Not intentionally, mind you. But the American beauty is still working her way through a few learning curves when it comes to living the royal life.

She’s hit a few bumps along the way — but who wouldn’t? The royals are practically legendary for their extensive laundry list of strict rules to abide by. I don’t envy anyone who is expected to keep track of them, let alone follow them.

Thus far, Markle’s alleged crimes and misdemeanors have been considerably minor to us commoners. I, for one, indulged in a giant eye roll when royal pundits were up in arms over the fact that the former star of the legal drama Suits had the audacity to — gasp! — sign autographs for fans while visiting the Welsh capital of Cardiff in January. Oh, the horror!

Old habits die hard and she’s a former actress, for crying out loud! (For the record, signing autographs is a big royal no-no — now we know.)

Personally, I find Markle a breath of fresh air. Alongside her groom-to-be, Prince Harry, she’s helping pave the way for the younger generation of royals to take over the spotlight. Prince William and the Duchess of Cambridge continue to toe the line when it comes to royal protocol, which is probably why Harry and Markle are — in my humble opinion — the best thing about the royal family at the moment. (Well, them and that spirited little Princess Charlotte.)

Now, with the royal wedding right around the corner (mark your calendars for May 19, folks!), you can be sure all eyes are on Markle and her etiquette — or, lack thereof, depending on who you’re talking to.

Here, a few ways the duchess-to-be will reportedly break from royal protocol at her wedding.

1.  It’ll be a small wedding (by royal standards)
For us commoners, 600 guests sounds sounds like…well…500 people too many. But, relatively speaking, it’s small fry for a royal wedding. Compare that “modest” number to the 1,900 invitees to Prince William and the Duchess of Cambridge’s 2011 wedding at Westminster Abbey and you’ll understand what we mean.

In addition, those lucky enough to receive an invite will be a “less formal mix of people,” says Sunday Times royal correspondent Roya Nikkhah. Along with family, friends and former TV costars, there will be representatives of charities close to Harry and Meghan’s hearts. And lets not forget the 2,640 members of the public who have been invited to watch the arrival of the bride and groom on the grounds of St. George’s Chapel.

2. She wants her mom to accompany her to the alter
According to multiple sources, Markle wants her mother, Doria Ragland, to walk her down the aisle on the big day. Ragland, a California-based social worker and yoga instructor, raised her daughter full-time from the age of six after she divorced Meghan’s father, Thomas.

Although it’s yet to be confirmed, the move would be a firm break from royal tradition. If you recall, Catherine, Duchess of Cambridge, linked arms with her father at her royal wedding to Prince William in 2011. And who could forget when Diana, Princess of Wales, was accompanied by her dad, John Spencer, when she tied the knot with Prince Charles in 1981?

I actually think it would be a wonderful moment — one that could really help modernize the monarchy. It is 2018, after all.

3. She wants to give a wedding speech to Prince Harry
The Sunday Times is reporting that Markle is planning an “affectionate” tribute to her new husband and wants to offer thanks to Queen Elizabeth, her family and friends.

Amber Harrison, head of weddings at Shutterfly, recently told Huffington Post that, “Historically at a royal wedding reception, the bride’s father would speak on her behalf, and the other speeches are reserved for the groom and the best man,” adding that Markle would be “breaking centuries of royal tradition” if she followed through with her plan to give a speech at the reception.

I say, break away, Meghan! I mean, who better to address the brides’ thanks than the bride herself, right? Markle is polished, accomplished and speaks her mind. I can’t think of a better person to put this archaic tradition to rest.

4. Let them eat cake!
The happy couple are opting for less traditional fare when it comes to their wedding cake.

According to the Kensington Palace, Harry and Meghan asked London-based pastry chef Claire Ptak “to create a lemon elderflower cake that will incorporate the bright flavours of spring. It will be covered with buttercream and decorated with fresh flowers.” The unconventional dessert choice is a first for a royal wedding: British tradition calls for fruit cake as the top tier because it lasts long enough to be served at the christening of the couple’s first child, should they have any.

“It’s always been a tradition and that’s why the cake [is often] fruit cake, because after 30 months it’s even more delicious,” royal baker Fiona Cairns told Hello! magazine. And she should know! Cairns created Prince William and the Duchess of Cambridge’s eight-tier wedding cake in 2011.