Hal Linden Talks ‘The Samuel Project’ and the Language of Generations 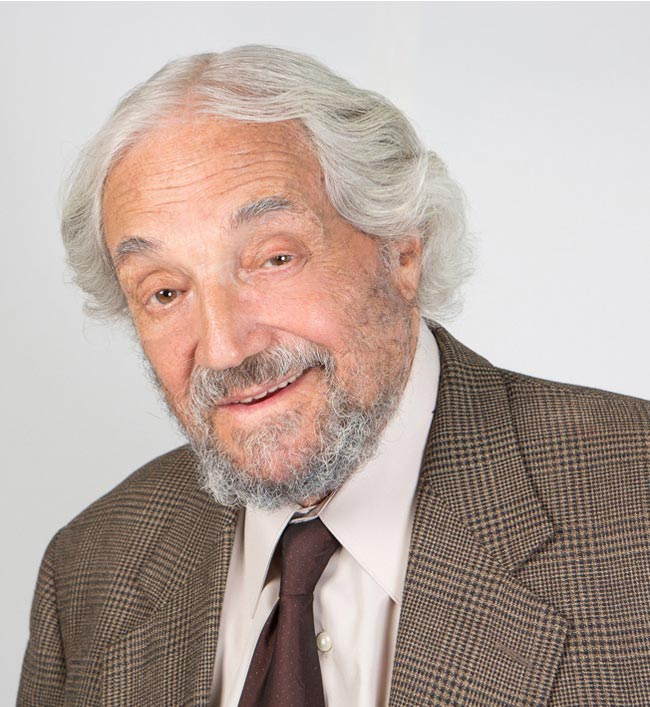 Hal Linden became a household name in 1975 when he debuted as the title character on the hit TV sitcom Barney Miller — a comedy classic that lasted for eight original seasons, endures in syndication and cemented the actor’s pop culture legacy. But long before Barney Miller, Linden proved himself an accomplished stage actor, taking numerous Broadway roles including his Tony-winning turn in the 1971 musical The Rothschilds.

And it’s that performing prowess that keeps the actor so busy even now, at age 87, including the title role in the new film The Samuel Project, in which he plays a Holocaust survivor who reveals the story of his harrowing escape from the Nazis to his artistic teenage grandson, who decides to illustrate it. The film screens twice this week as part of the 2018 Toronto Jewish Film Festival (TJFF) and Linden took some time to speak with Zoomer about the language of generations and his own storied career.

MIKE CRISOLAGO: The Samuel Project is less about the actual Holocaust and more about the broader theme of how different generations communicate and tell their stories. In your mind, is that lesson about intergenerational communication an important message to share today?

HAL LINDEN: [Laughs] I don’t do messages anymore. It was [Warner Bros. co-founder] Harry Warner who said, “You want a message? Go to Western Union.” As an actor, all you want to do is execute the script and do it in a way that will eventually make the point.

…When you think about it, it’s difficult. I have a granddaughter who was sitting at the table with me and she was texting on her telephone – texting away, texting away, texting away. Finally I picked up my phone and texted her. I said, “Hello?” We have different methods of communication [and] we have different histories. I think if [The Samuel Project] makes a point it’s that it’s not unexpected that generations cannot communicate because we have different contexts in which we live. Ryan Ochoa, who plays [his grandson in the film] said it’s really incumbent upon his generation to look for the history of my generation so that he will understand my generation. I don’t know, maybe it really works both ways, although I must say that I find it difficult penetrating the world of youth today. Even linguistically – just understanding the language. But then again, we changed the language on my parents. [Laughs] They were disturbed that we said “groovy” and “swing.” So every generation has its own vernacular, its own history and has its own context. But he who does not study history is doomed to repeat it. That’s the fact of life. So I guess if there’s anything to come out of this picture it’s that we’ve got to know each other’s history.

MC: As an actor at this stage of your career, when you take on a role like Samuel, or any role, are there certain qualities or challenges you’re looking to take on with it?

HL: No. [Laughs] Every role is different. Every role you start from scratch and you sit there and you say, “Who is this guy? Where does he come from? What does he want in this world? Why does he do what he does?” That’s the investigation, and you create a character that accomplishes all of that. That’s the job. I don’t look for anything specific. No, it’s much more fun this way. [Laughs] You never know what you’re going to do next … But I did play enough strange and different characters to have lived in a lot of different bodies in my life. I’ve walked in so many shoes. I’ve got nothing to complain about. [Laughs]

MC: I read that you still love auditioning for roles even though your manager tells you that you don’t have to because you’re famous and everyone knows who you are…

HL: Right. I’m famous for Barney Miller so everybody’s going to give me the part of a police officer or a benevolent parent, something like that. Again, I’d rather jump into something that doesn’t fit me and try to make it fit me. It’s much more fun. I don’t want to keep repeating myself.

MC: At the time you got offered Barney Miller you actually had an offer to do a play on Broadway as well. You chose the TV show and that one choice changed your life.

HL: That’s right. And it was a very cavalier decision. I remember specifically I had to make a decision by close of business Friday. I was sitting in my manager’s office and I said to him, “Listen, we’ve done Broadway, lets try television.” It was that cavalier … Actually, Barney Miller wasn’t the only choice I had. I had I think two other offers but they were hour-long shows, one camera. And I specifically picked Barney Miller because I thought it’s in front of an audience and I spent my life in front of an audience, [so] I would have the advantage there. Little did I know that was not true. Very quickly the cameraman looked at me and said, “Psst, over here. This is your audience. Not those people sitting in the stands. This is your audience. This camera.”

MC: I know that we all have our own favourite memories of Barney Miller but, when you look back on that show, what stands out as some of the most memorable moments for you?

HL: That we never finished a show saying we’d do better next week. Barney Miller was an independent production, so we didn’t have anybody from the studio with a clock saying, “No, you can’t do another take.” We had a producer/creator who decided that the only rationale for doing the show was to do it as well as possible. And we were notorious because we would go to three o’clock, four o’clock in the morning. We didn’t finish until we were satisfied with it. And you can see it if you watch the episodes. Again, we never walked out saying, “Well, that was a stinker. Hopefully next week will be better.” Not once. Every single one of [the episodes] stands up today. Amazing.

MC: Lastly, as someone who, at 87, is still working and performing, what tips would you offer for remaining active and vibrant as we age?

HL: [Laughs] I have no idea. I attribute it to my mother living to be 98-years-old and in total control of her mind all the way until the very end. I guess I have her genes and I wouldn’t deign to tell anybody else how to live. I guess I take care of myself but I’m afraid it’s in the genes. If you’re lucky you got good genes.