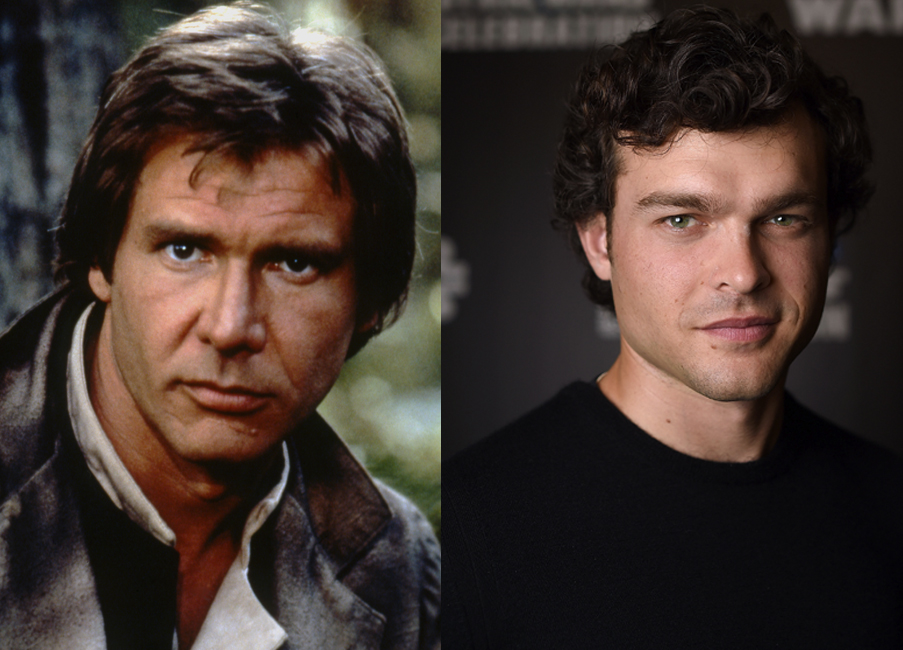 When it comes to aging movie heroes who’ve ridden off into their final sunset, Hollywood offers a sort of rejuvenation package that even the plastic surgeon’s scalpel can’t touch. Take Han Solo, the beloved Star Wars hero who, aged 73, met his demise at the hands of his moody son Kylo Ren (ungrateful millennials, right?) in 2015’s Star Wars: The Force Awakens. Through the magic of Disney and, well, recasting, Han, played by 28-year-old Alden Ehrenreich, returns to the big screen on May 25 in his very own origin tale, Solo: A Star Wars Story, though the behind the scenes drama that went into making the movie proved a Star Wars saga all its own.

First, the original directors, Phil Lord and Christopher Miller, were canned about six months into shooting, with The Hollywood Reporter noting, “the style and vision of Lord and Miller clashed with that of Lawrence Kasdan, the legendary screenwriter behind the classics Empire Strikes Back and ‪Raiders of the Lost Ark, who also wrote, with his son Jon Kasdan, the script … Lord and Miller (21 Jump Street, The Lego Movie) have a comedic sensibility and improvisational style while Kasdan favors a strict adherence to the written word — what is on the page is what must be shot.”

Oscar-winner Ron Howard was brought in to overhaul the film and set it back on creative course, but then reports floated that Ehrenreich proved a less than (inter)stellar lead, with an acting coach brought in to make his performance Solo-worthy. For the record, he’s since disputed the claim and explained it away as “conversations that happened for a couple weeks at one point, but that was basically it” with Maggie Kiley, a film director and writer who Lord and Miller also say was hired by Lucasfilm “as a resource for themselves and the entire cast—not just Ehrenreich.”

Still, the film’s trailer didn’t do enough to ease the concerns of a skeptical fan base left divided after 2017’s Star Wars: The Last Jedi, though the fact that Harrison Ford — 75 and the original Han — offered words of advice to Ehrenreich does bring some consolation. And what sage advice did Ford offer? Ehrenreich told Entertainment Weekly that, “He said a great thing when I met him. ‘Tell them I told you everything you needed to know, and that you can’t tell anyone.’”

Regardless of what sort of advice Ford doled out, you don’t have to be the brightest lightsaber in the fight to recognize that tinkering with one of cinema’s most legendary characters is a huge risk. If fans turn their nose up at Han 2.0, it’ll hit the film where it hurts the most: the box office. And with rumours of extensive reshoots and ballooning costs to complete the movie, not even the Force is strong enough to recoup those losses.