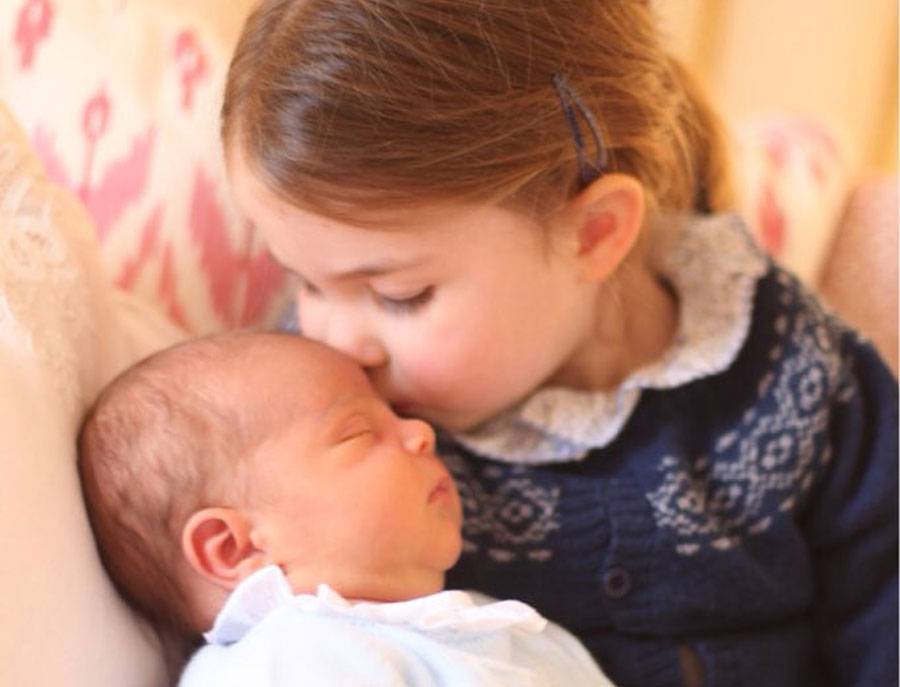 It came a few days later than anticipated, but it was definitely worth the wait.

To mark the birth of Prince Louis and to help celebrate his big sister Princess Charlotte’s birthday, Prince William and the Duchess of Cambridge shared two adorable new portraits of the siblings on May 5.

It goes without saying that the photos were immediate viral sensations online. And why not? With the constant barrage of bad news in the media, who could resist such sweet photos? We could use feel-good news like this more often!

Taken by the Duchess — a former art history major with a keen interest in photography — the solo photo of little Louis was shot a few days after his April 23 birth, and published to help commemorate the birthday of his big sister, who turned three on May 2.

“The Duke and Duchess of Cambridge are very pleased to share two photographs of Princess Charlotte and Prince Louis, taken by The Duchess at Kensington Palace,” the official announcement reads. “This images were taken on 2nd May, on Princess Charlotte’s third birthday.”

It adds: “This image of Prince Louis [by himself] was taken by The Duchess of Cambridge at Kensington Palace on 26th April. The Duke and Duchess would like to thank members of the public for their kind messages following the birth of Prince Louis, and for Princess Charlotte’s third birthday.”

Dressed in a cozy little white ensemble, the newest Cambridge — fifth in line to the throne — is all rosy cheeks and attentive eyes. And, not to mention, a total natural in front of the camera!

From first-day-of-school photos to annual birthday portraits, Kate is known for chronicling all the big moments in her kids’ lives. These new photos of Charlotte and Louis continue that tradition — and resembles one of the portraits Kate took of then-one-month-old Charlotte with big brother Prince George back in 2015.

We’re unlikely to catch another glimpse of Louis until his upcoming royal christening, which will likely occur in July. Kate, however, is expected to make her first post-baby debut at the May 19 wedding of Prince Harry and Meghan Markle at Windsor Castle.