Everything We Know About the Royal Wedding 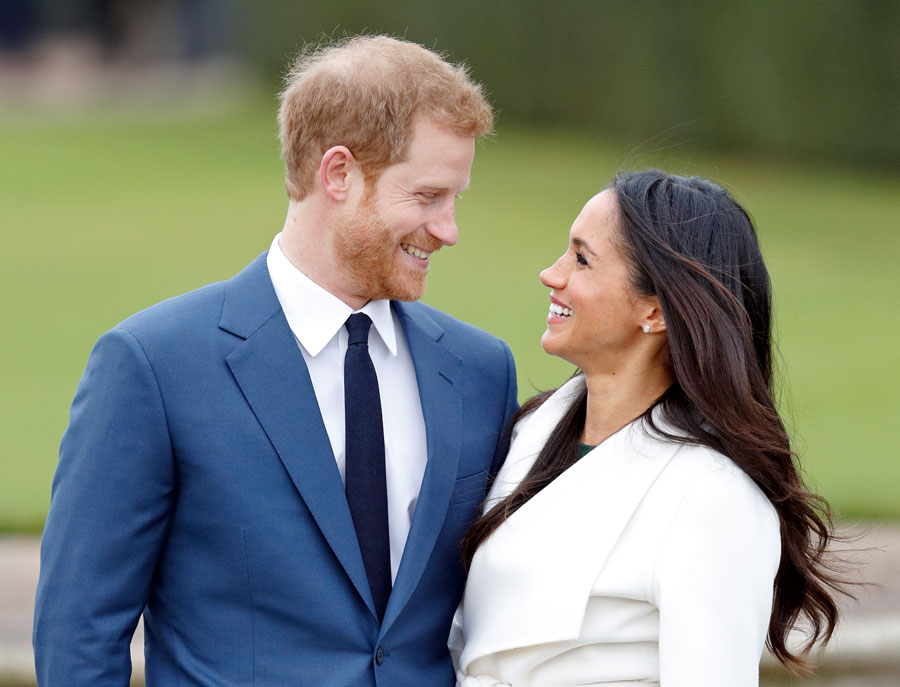 With less than two weeks to go before the Royal Wedding, details are starting to emerge fast and furious — and it’s about time!

Previously, what little information we knew was only that the ceremony would be held at St. George’s Chapel in Windsor on Saturday, May 19.

After a whirlwind courtship, Prince Harry and Meghan Markle — who announced their engagement on Nov. 27 — left the public on edge for months before finally releasing new details about their Big Day. Although, now that our curiosity has been (mostly) satisfied, we’re still dying to catch a sneak peek at Meghan’s dress! Alas, still no dice.

With all the rumours and conjecture out there, it’s hard to keep track of what is actually expected to happen during the ceremony.

To help separate fact from fiction, we break it down for you, with some quotes and updates pulled from Kensington Palace’s official Twitter feed.

Wedding Time: “The wedding service will begin at 12 noon at St. George’s Chapel.”

The bad news? That’s bright and early in the morning for us Canadians, so set your alarm clocks for 7 a.m. (EST) or 4 a.m. (PST) — and don’t forget to steep some tea! We’ll all need a little fortification.

The Best Man: No surprises here! Harry has asked big brother, William, to stand by his side for his big day. Kensington Palace announced the decision on Twitter: “Prince Harry has asked his brother The Duke of Cambridge to be his Best Man at his wedding to Ms. Meghan Markle. The Duke of Cambridge is honoured to have been asked, and is very much looking forward to supporting his brother at St. George’s Chapel, Windsor on May 19th.”

The Maid-of-Honour: Looks like their isn’t one! Meghan — in keeping with royal tradition — has opted to forgo the traditional bridal party. “She has a very close-knit circle of friends and she didn’t want to choose one over another,” read a palace statement. “All have been actively involved in helping her prepare for the day and will be there in the days beforehand. She’s very happy to have their support.”

Wedding Officiant: “The Dean of Windsor, The Rt. Rev. David Conner, will conduct the Service. The Most Rev. and Rt. Hon. Justin Welby, Archbishop of Canterbury, will officiate as the couple make their marriage vows.”

The Bride’s Parents: According to multiple sources, Meghan was initially rumoured to want her mother, Doria Ragland, to walk her down the aisle on the big day. Ragland, a California-based social worker and yoga instructor, raised her daughter full-time from the age of six after she divorced Meghan’s father, Thomas. On the morning of the wedding, Ragland will travel with Meghan by car to Windsor Castle, where she will be met by her father at the chapel doors to make her grand entrance. “Ms. Markle is delighted to have her parents by her side on this important and happy occasion,” a palace statement said.

Wedding Procession: “At 1 p.m. the couple, now married, will undertake a Carriage Procession from St. George’s Chapel through Windsor Town returning to Windsor Castle along the Long Walk. They hope this short journey will provide an opportunity for more people to come together around Windsor and to enjoy the atmosphere of this special day.”

Public Wedding Reception: “Following the service, there will be a reception at St. George’s Hall for the couple and guests from the congregation. The couple will join this on return from the Carriage Procession.”

Private Wedding Reception: “Later that evening, the Prince of Wales will give a private evening reception [at nearby Frogmore House] for the couple and their close friends and family.”

The Invitees: Aside from the 600 family and friends invited to the ceremony, an additional 2,640 people from the general public received exclusive invites. Of the lucky invitees, 1,200 were selected by nine regional lord lieutenant offices. And who are they, you ask? Well, lord lieutenants act as the queen’s representatives in each county of the UK, so it looks like Her Majesty definitely had input say in the proceedings. In addition to those nominated by the lords lieutenant, there will be:

Wedding Gifts: According to a Kensington Palace press release sent out via Twitter, “Prince Harry & Ms. Meghan Markle are incredibly grateful for the goodwill they have received since their engagement, & have asked that anyone who might wish to mark the occasion of their wedding considers giving to charity, instead of sending a gift.” The owner of the London-based organic bakery, Violet Bakery, got the opportunity of a lifetime when she was selected by Harry and Meghan to create the wedding cake for the upcoming royal nuptials.