‘The Art of Banksy’ Makes North American Debut In Toronto 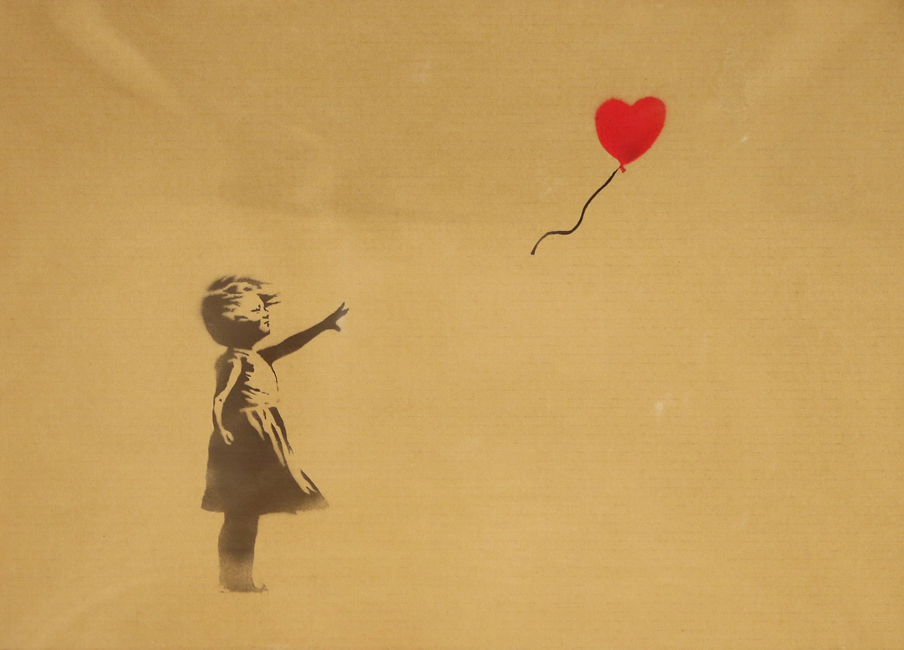 Hot on the heels of the fanfare surrounding the hugely successful Art Gallery of Ontario exhibit Yayoi Kusama: Infinity Mirrors, the work of another major contemporary artist comes to Toronto.

The Art of Banksy, featuring more than 80 works by the famed and enigmatic artist arrived in the city on June 13 for a four week run, organizers announced May 7 at a press conference in Liberty Village. Previously staged internationally in Amsterdam, Tel Aviv, Melbourne and Auckland, the Toronto stop, which is presented by Live Nation and Starvox Entertainment, will mark the exhibition’s North American debut.

Banksy is an anonymous artist based out of England whose most famous pieces tend to be politically-charged, socially-conscious and often darkly humorous graffiti works painted anywhere from the sides of buildings in various international cities to inside private zoo animal enclosures. Many are created through the use of stencils to allow for speed and discretion. The Art of Banksy exhibit features photographs of the various street artworks as well as original sculptures, silkscreen prints and other works and will be staged at a mixed-use industrial building at 213 Sterling Road in Toronto’s Junction neighbourhood. The exhibit is valued at more than $35 million.

“It was a unique possibility in a city like Toronto, with it’s thriving art scene, with booming cultural life, to bring The Art of Banksy as a North American premiere in a location where we’re able to mix the industrial with a museum-grade exhibition,” Michel Boersma, Senior Vice President Family Entertainment, Exhibits and Theatre at Live Nation, said. “And the collection that we brought together is unique … especially at the end of the exhibition where we have a piece which I couldn’t believe we could get. It’s so big it’s seven metres high and it can’t be transported with a normal airplane container.”

The seven metre tall piece, which wasn’t named, has only ever been displayed publicly once before, at an art exhibition in Los Angeles about a decade ago. Boersma also pointed out that every incarnation of the travelling exhibit is different, as “we work together with international collectors and for each city the collection is brought together specifically for that city.”

The Art of Banksy, meanwhile, is curated by Steve Lazarides, the artist’s former manager and business partner and the person whose photographs of the street art are on display in the exhibit.

“There’s been lots of talk about how can you do a show without the artist being involved, whereas my thing would be that this is probably truer to his ethos,” Lazarides said. “We wanted to get the work and bring it out to the people so the people could see it. Otherwise there’s not a chance in hell that they’re ever going to see this number of Banksy artworks together in one place. There are pieces that I haven’t seen for 15 years that are in the show.”

And while he noted that he was “trying to cherry pick the best” of all the styles of artwork that Banky’s done to be in the exhibit, no Banksy street pieces have been removed from their original location for the show. “The only things depicting street pieces are the photographs themselves. I am vehemently opposed to pieces being taken off the street … Those pieces were made for the city they were put in and were there for the enjoyment of the general population, not for one billionaire to put in his office.”

Corey Ross, the founder and president of Starvox Entertainment, explained that the exhibit admission will occur in three tiers. First, those who purchase timed admission tickets will be admitted at the scheduled time. Once all of those people are admitted, those who arrive at that time with general admission tickets will be let in. And, depending on capacity, if there are still tickets left at the door for that time then people can purchase those and gain entry. Tickets go on sale on Saturday, May 12.

“The attendance internationally has been great. We just finished a record-breaking Auckland run,” Boersma added. “We’re here for four weeks and one of the reasons we can’t do a long run is because these lenders don’t want to lend the art to us for long periods of time. So we do short, limited run bursts.”

The Art of Banksy runs from June 13-July 11. For more information, visit banksyexhibit.com