The Glass Houses of Windsor & Markle 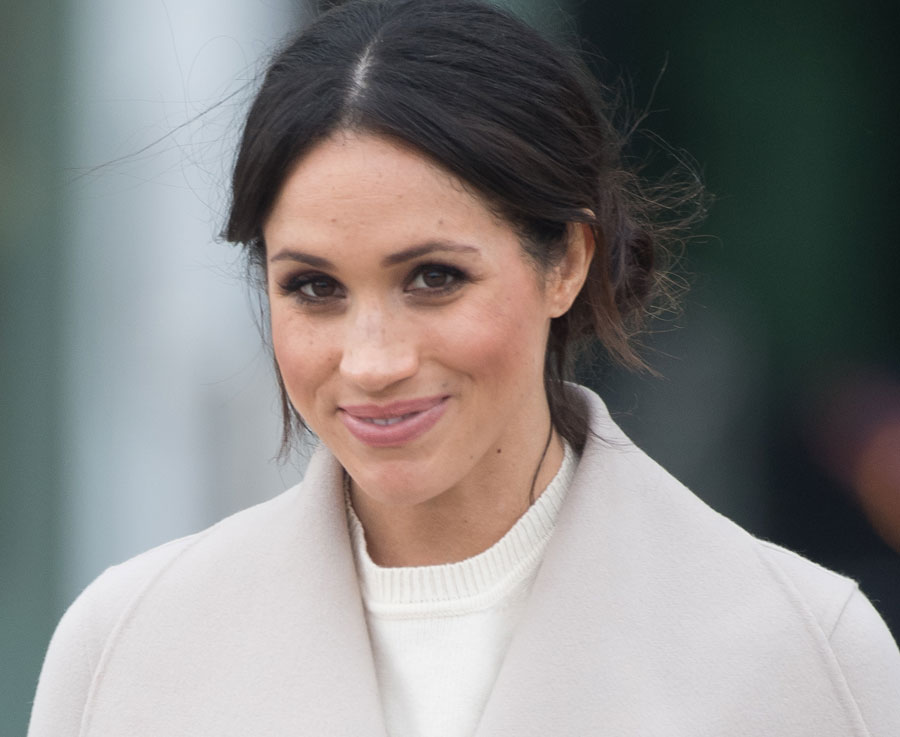 Here comes the bride. And the slingshots!

Royal Wedding season is upon us, and with it, it seems, the requisite blitz of pomp, pageantry and prejudice. On one side of the fairytale tableau: Prince Harry, the ginger-haired MVP, a living emblem of a shrunken empire, but an empire nonetheless. On the other: his out-of-the-box choice for bride, an American TV actress not only of mixed-race and middle-class provenance, but one with a…gasp!…past.

Cue: the fine-tooth combing. As the British press, and some of the darker trenches of the internet, have gone about sifting through Meghan Markle’s familial resume, in particular, over the last many months — there’s the meddlesome sister, the wrathful brother, the distant father — it’s been impossible not to see the cauldron of hypocrisy in effect. Especially given the psycho-dynamics that already exist within, and around, the British royals.

What’s that they say again? People who live in glass palaces…dot-dot-dot.

For one, it begs pointing out, we’ve already seen this movie before: when Kate Middleton came along, the hazing was not dissimilar to what Meghan has had to endure. Although forgotten to a great extent, looking at it from the prism of 2018 — now that Kate is in Mary Poppins mommy-mode, and firmly entrenched as the Duchess of Cambridge — the brunt of commoner Middleton ire was, at that point, if you’ll recall, reserved for mother Carole.

“Pushy, rather twee, and incredibly middle-class,” is how the newspapers put it about her. Yesteryear’s media even stewed with stories of William’s blue-blooded pals making pointed references to Carole’s one-time gig as an air stewardess by archly whispering “doors to manual” whenever, and wherever, her daughter was out of earshot.

Yes, Kate’s parents were self-made millionaires. And, yes, she spoke in an accent that carried thrums of privilege (the product of attending an elite boarding school, where she’d learned to speak in just the right way, in a country where accents are still a matter of class distinction). But, no, the Middletons were not born into old, landed wealth — far from the manor-born. And, so, being a “normal, middle-class girl from the home counties who descends from a coal-mining ancestry,” as biographer Katie Nicholl once put it, instantly led to charges of social climber being cast, her mother, indeed, turned into the most convenient target.

There were mocking captions on photographs of Carole chewing gum at an official function. There was the only-in-Britain saga, swirled by unnamed sources in the press, that she disastrously uttered the greeting “Pleased to meet you” instead of the more appropriate “Hello, Ma’am” when meeting Her Majesty. Worse still, her vocabulary was alleged to include the dreaded word “toilet.”

And if some of Meghan’s family have proved to be embarrassing in the run-up to her nuptials, here in the present — family being what family is — have we all forgotten about Kate’s “Uncle Gary”? Becoming somewhat of a tabloid star at the turn of the decade, Gary Goldsmith — who famously owned a villa in Ibiza called Casa Bang Bang — enjoyed his own brush with scandal when photographs of him snorting cocaine were published in the U.K. Then, later, cashing in his relationship with the young royals, he did a tell-all interview in which he took credit, among other things, for getting William and Kate back together when they briefly broke up.

More recently, Carole’s brother was back in the news, via an even darker twist — slapped with a £5,000 fine after pleading guilty to assaulting his wife outside their central London home. This was in October 2017.

Further ghoulish news came just months later when the father-in-law of Kate’s sister Pippa, David Matthews, was arrested, in Paris, after being accused of raping a minor in the late 1990s.

The optics? Not great.

And while none of Kate’s relations have not nary a negative word to utter, per se, about the future Queen of England — unlike Meghan’s half-brother, Thomas, who recently issued a bizarre-o public warning to Prince Harry about making the “biggest mistake in royal wedding history” by going through with it with his sis — all of this comes down to the same thing, at the end of the day: there’s plenty of embarrassing kin to go around.

And, yeah, that includes the new bombshell that Meghan’s father had made the quite dubious decision of co-operating with paparazzi for some staged photos. (Get the full story here).

It is, as royal-obsessives Heather Cocks and Jessica Morgan — the women behind the blog Go Fug Yourself — put it recently re: Meghan, “None of it should reflect on her. As much as the media might want to make a meal out of the few rotten apples on her family tree, it’s a basic fact of humanity that you are handed your family by genetics and happenstance…”

Indeed, even the family of the groom might be able to agree to that. For, if you want to start looking for icky situations, you could do little worse than combing through some of Harry’s own kin. Exhibit A: Princess of Michael Kent (the Queen’s cousin, and Meghan’s neighbour at Kensington Palace). Always in some hot water, or another, there was that little matter of her being caught wearing a Blackmoor broach — jewellery that fetishizes images of slavery — at a get-to-know she attended with Meghan last year.

This had followed a slew of other unseemly instances, like when the Princess was heard getting into a fit, several years back, in a New York restaurant over some noisy people at the next table, when she reportedly told the black diners to “go back to the colonies.” Mea culpa’ing the matter later — when she tried to explain that she’d been misunderstood — she talked about a trip to Africa, telling an interviewer, “I had this adventure with these absolutely adorable, special people, and to call me racist: it’s a knife through the heart because I really love these people.”

Is anyone expecting Prince Harry or William to be held responsible for her, though? Or, for that matter, for Sarah Ferguson, Duchess of York, who was notoriously caught on film demanding £500,000 in exchange for access by an undercover reporter posing as a fake Sheikh?

If we want to go further back still, let us not forget that there is plenty of compelling evidence that Edward VIII — who eventually wound up abdicating the throne — was, indeed, a Nazi sympathizer.

Oh, but let’s talk about Meghan being a divorcée. (Conveniently forgetting the fact that, oh, so are three of the Queen’s own children, Prince Charles, Prince Andrew and Princess Anne!)

With royal wedding bells starting to peal, and Meghan being in the spotlight like no other, it might just finally be time to ring up Tolstoy’s ever-famous dictum: “Happy families are all alike; every unhappy family is unhappy in its own way.”