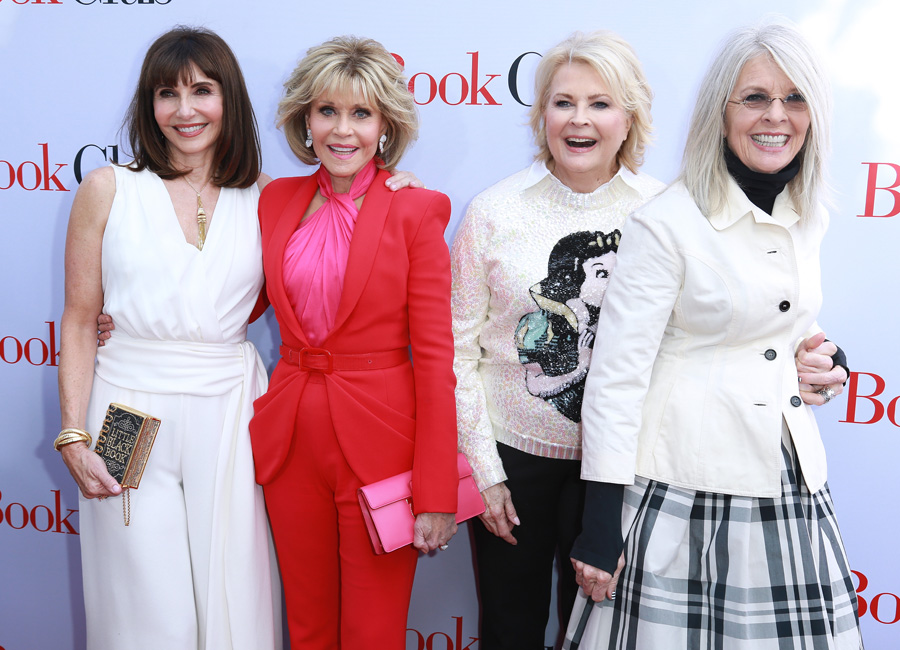 In her 2014 book Lets Just Say It Wasn’t Pretty, Diane Keaton, now 72, gives a shout out to “women who make us see beauty where we never saw it; women who turn wrong into right.”

It’s a declaration that could also serve as the tag line for her new film Book Club (which opens May 18), in which she stars alongside Candice Bergen, 71, Jane Fonda, 80 and Mary Steenburgen, 65, as four friends who jumpstart their love lives after reading the sexually-charged 50 Shades of Grey. Portrayed as healthy, vigorous and ready to frolic under the sheets, the movie doesn’t play the actress’ ages against them. Instead they’re objects of desire, curiosity and passion with no time for rocking chairs and knitting needles.

Steenburgen herself spoke with ZNews videographer Darrin Maharaj (see video above) and admitted that even she and her three leading ladies were surprised that a Hollywood studio was moving forward with a film about this subject matter starring four women between ages 65-80.

“Well, it’s kind of subversive because it doesn’t happen. Try to name others. It does not happen,” she said. “We all kept going to work thinking, ‘Is someone going to pull the plug on this movie?’ because it’s just so crazy this is getting made at all.”

In Book Club, of course, the enlivened libidos represent a renewed sense of purpose and vigour — a late-in-life goal worth striving for. As Steenburgen says in the ZNews interview, she believes the film’s message is that “Every moment you’re alive, go for life.”

Still, while the popularity of films centered around older characters has surged with the aging population, from comedies like The Best Exotic Marigold Hotel to the Expendables franchise to movies about aging struggles, like Away From Her and Amour, rarely, as Steenburgen pointed out, do they spotlight strong older women as the object of (non-fetishized) sexual desire.

Perhaps Book Club, with its all-star cast, can bolster the demand for these types of films, while starting a greater cultural dialogue, in the way Moonlight, Get Out and Black Panther are doing for films about people of colour. And maybe, to paraphrase Keaton, these four Book Club women can make Tinseltown finally see beauty where it rarely saw it before.

And you can see the film’s trailer below!