The Morgan Freeman Transit Announcements We Wish We Were Getting 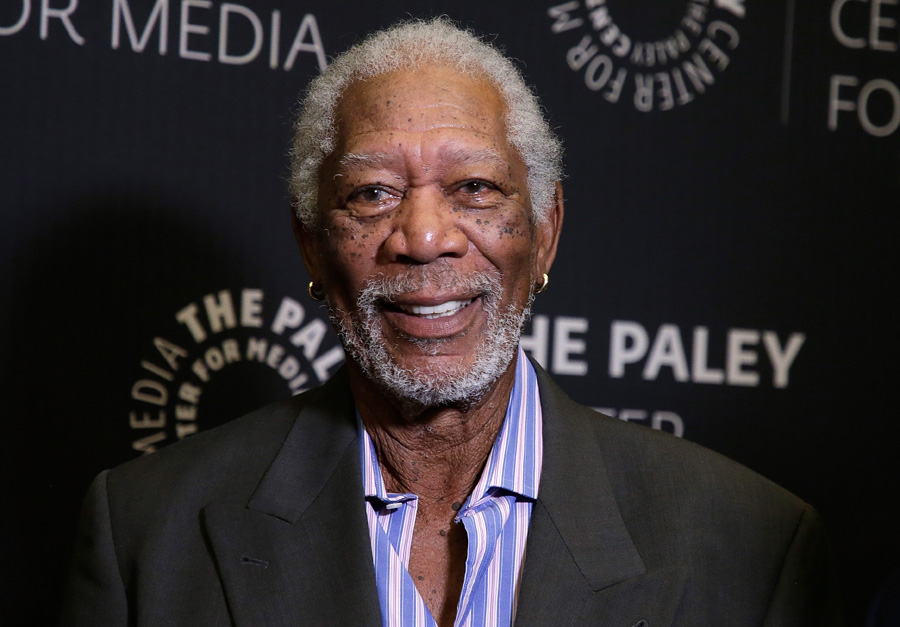 Vancouver’s transit system scored a major coup on Tuesday, announcing that actor Morgan Freeman — Hollywood’s perennial narrator, whose voice has talked over everything from classic films (including portraying God in Bruce Almighty) to credit card commercials — recorded announcements to be played throughout the summer in some SkyTrain stations and on buses.

The Oscar winner, who turns 81 on June 1, won’t be announcing station stops but, rather, promoting both proper rider etiquette and the transit system’s new credit card payment system — a first for a Canadian mass transit system. Freeman, of course, is a longtime celebrity spokesperson for Visa.

Examples of the announcements featuring Freeman’s voice include, “Hello, transit riders. Remember what your mom used to say: please keep your feet off the furniture. And also remember: you can now tap your Visa to go anywhere TransLink takes you.”

Now this is all wonderful for Vancouverites, who are surely delighted at the prospect of hearing Freeman’s voice during their commute. It’s soothing, trustworthy and familiar. But in truth, it really just boils down to a temporary ad campaign — a shtick that could wear thin fast. I believe we can do better.

As a Torontonian with a roughly a 2.5-hour round-trip commute via the Toronto Transit Commission (TTC) every day, I’m sure that Freeman’s voice would soothe my soul, especially during regular transit delays. So my proposal is this — the TTC and other transit services in Canada should start playing regular clips of inspirational Morgan Freeman movie quotes throughout the day on trains, busses and streetcars. Just imagine the possibilities …

Scenario 1: You’re on the subway heading into work and you feel horrible because you’ve made a mistake on the big company expense report, and your boss is furious. You’re beating yourself up over it, you’re nervous, you feel ashamed and then, over the train’s speaker, comes this Morgan Freeman quote from Robin Hood: Prince of Thieves: “I once heard a wise man say that there are no perfect men — only perfect intentions.”

Perspective, right? Suddenly you’re standing a little taller, your heart stops racing — heck, you even kind of start to feel better. You look up at the speaker above your head and smile and then, gently, whisper, “Thank you, Morgan Freeman.”

Scenario 2: You’re on the bus reading the newspaper, and all the reports of crime and corruption and fighting is getting you down. You look out the window and see nothing but a cold, cruel world. And then Morgan Freeman’s voice, from Bruce Almighty, comes over the loud speaker: “You want to see a miracle, son? Be the miracle.”

Next thing you know you’re hopping off the bus and signing up for to volunteer in your community. You’re making a difference, changing lives and then one day, you’re participating in a ribbon-cutting ceremony for a new community centre that you helped raise funds for. And just as you’re holding the oversized novelty scissors at the ready to snip the ribbon, you notice a bus drive past in the distance. That’s when you nod and, as you mug for the camera, think, “Thank you, Morgan Freeman.”

Scenario 3: You’re not happy with your life. Your job sucks, you recently went through a break-up and you’re just not happy. As you ride the streetcar, pitying yourself, you come to that hard realization that you need to make a change. And that’s when, over the speaker — you guessed it — comes Morgan Freeman’s voice from The Shawshank Redemption: “I find I’m so excited that I can barely sit still or hold a thought in my head. I think it’s the excitement only a free man can feel. A free man at a start of a long journey whose conclusion is uncertain.”

“He’s right!” you admit. That’s when you turn your gaze to the poster by the door advertising an opportunity to study art history in Italy. You decide to quit your dead-end job, call the number on the ad and, six months later, you’re living among the sunny, rolling hills of Tuscany. Suddenly you’re navigating cypress tree-lined roads and local vineyards with your art books tucked under your arm, walking an ancient path before stopping at a bench overlooking the countryside to enjoy the lunch of fresh meat, bread and wine you packed. That’s when you gaze out over the patchwork of Tuscan land, chuckle to yourself and admit that, for the first time in years, you are truly content. At that moment a breeze brushes through your hair and you speak softly, into the wind, “Grazie, Morgan Freeman.”

DISCLAIMER: Individual experiences with my proposed Morgan Freeman transit announcements may vary from the scenarios listed above, but it’s worth a shot. After all, “Get busy living or get busy dying,” right?