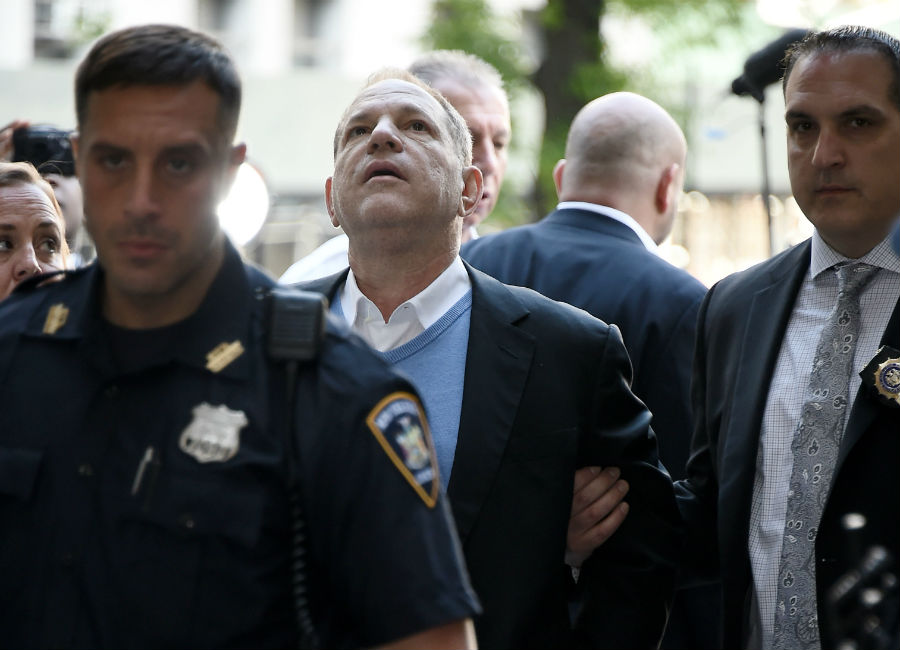 The last charge — the criminal sex act — stems from an encounter Lucia Evans detailed to both The New Yorker and investigators from the Manhattan District Attorney’s office. Evans claims that Weinstein forced her to perform oral sex on him during what she thought was a casting meeting at the Miramax office in Tribeca.

The victims in the rape case — which includes both first and third-degree rape charges — have not been publicly identified.

The criminal charges are the first to be formally filed against Weinstein since more than 70 women came forward with accusations against him late last year. Those accusations sparked the #MeToo movement, which saw hundreds of woman publicly accuse powerful men in entertainment, government and business sectors.

In a statement to USA Today following the arraignment on Friday, Weinstein’s lawyer Benjamin Brafman echoed earlier claims of his client’s innocence. “Mr. Weinstein has always maintained that he has never engaged in non-consensual sexual behaviour with anyone,” Brafman said. “Nothing about today’s proceedings changes Mr. Weinstein’s position. He has entered a plea of Not Guilty and fully expects to be exonerated.”

It won’t likely be the last plea of innocence he’ll make on behalf of his client. Like the accusations, more charges are expected to pile up on Weinstein. An investigative grand jury in New York is looking into other sexual assault allegations against him as well as financial crimes related to him allegedly paying his victims to remain silent.

The grand jury is also looking into the possibility that Weinstein used employees of his former production company, Miramax, to target woman for him to assault by setting up meetings.

In London, Metropolitan Police have said they are investigating a sexual assault allegation against Weinstein, while in February, Los Angeles prosecutors said they were reviewing three more accusations of sexual assault.

Among the high-profile victims to react to Weinstein’s arrest was actress Rose McGowan, who was one of the first to accuse Weinstein of rape.

“I, and so many of Harvey Weinstein’s survivors, had given up hope that our rapist would be held accountable by law,” McGowan said in a statement upon hearing the news. “Twenty years ago, I swore that I would right this wrong. Today we are one step closer to justice.”

In addition to posting $1 million in bail, Weinstein will be fitted with a monitoring device and will surrender his passport to restrict him from travelling.