Staycation: A Photography Exhibit for Everyone 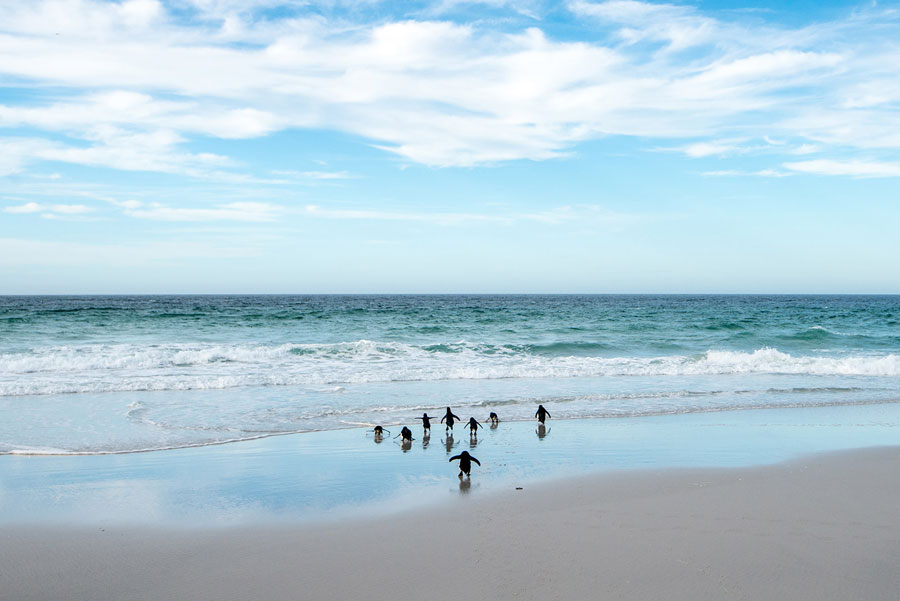 Neil Ever Osborne, a Toronto-based conservation photojournalist, has found a new way to mix his passions: visual art and his deep commitment to environmental causes.

His first fine art exhibit, HOME, is a selection of some 15 years of photography from the field, culminating in 22 images of what Osborne considers some of the earth’s last wild places.

When I met with Osborne, I asked him if he thought the whole “tree-hugging” message had reached critical mass? “There is lots of doom and gloom surrounding the conversation about the environment, but there are still some special places left,” says Osborne. “My hope is that these images – a caged orangutan, a road slashed through a forest, a venerable grizzly bear in its sanctuary – depict our shared yet threatened home with honesty and optimism.”

Many of these places, he adds, are fragile and in desperate need of protection, from the Pacific Northwest mountains to Indonesian jungles to the Falkland Islands’ shores. With this work, Osborne attempts to demystify the foreignness of such natural worlds and replace the concept of “the environment” with one that’s more accessible to each of us: a healthy home.

And Osborne’s not just a brilliant photographer. He is an Associate Fellow with the International League of Conservation Photographers, a Fellow of the Royal Canadian Geographic Society, a Nikon Ambassador and was Canadian Geographic’s inaugural photographer-in-residence. Osborne is also the Founder and Director of the Royal Ontario Museum’s Environmental Visual Communication post-graduate certificate program. His work is informed by his own education – he has taught environmental communications at Stanford, McMaster and Queen’s Universities, he holds degrees in conservation biology and visual communications and is completing a PhD in Environmental Studies.

And if that’s not enough, what is even more interesting to me is the way Osborne has “augmented” his work. Taking pictures is one thing, creating an app that allows the viewer of the images to be immersed in the story behind the picture is another. The exhibit takes visitors behind the scenes and into the making of the images through an augmented reality (AR) gallery experience that allows guests to hover a mobile device’s camera over artwork to unlock never-before-seen content specific to that image.

It’s a sort of armchair traveller affect, giving those that may not be able to see or travel to these remote places a chance to “be there,” right a long with the photographer. Seeing Osborne at work, the pure joy in his voice and face while getting up close and personal with some of these amazing creatures adds a richness to the context of the exhibit. Using the HOME: AR app presented by PATIO Interactive and Evermaven, visitors will be immersed in the making of select images, including this shot above, as they walk through the exhibit using provided iPads to unlock never-before-seen content specific to that image.

What: A convergence of documentary and art, HOME: examines the troubled yet inextricable link between people and planet, with the aim of protecting our only shared home.

When: The exhibit runs until June 10, 2018 and is free to attend (the show will be travelling to Vancouver later in the year). The works within HOME: are for sale in limited edition, and a portion of proceeds from many of the images will be donated to a registered charity that protects the wildlife or region represented in that specific photograph. www.neileverosborne.com