You Talking to Us?: Robert De Niro Apologizes To Canada for Trump 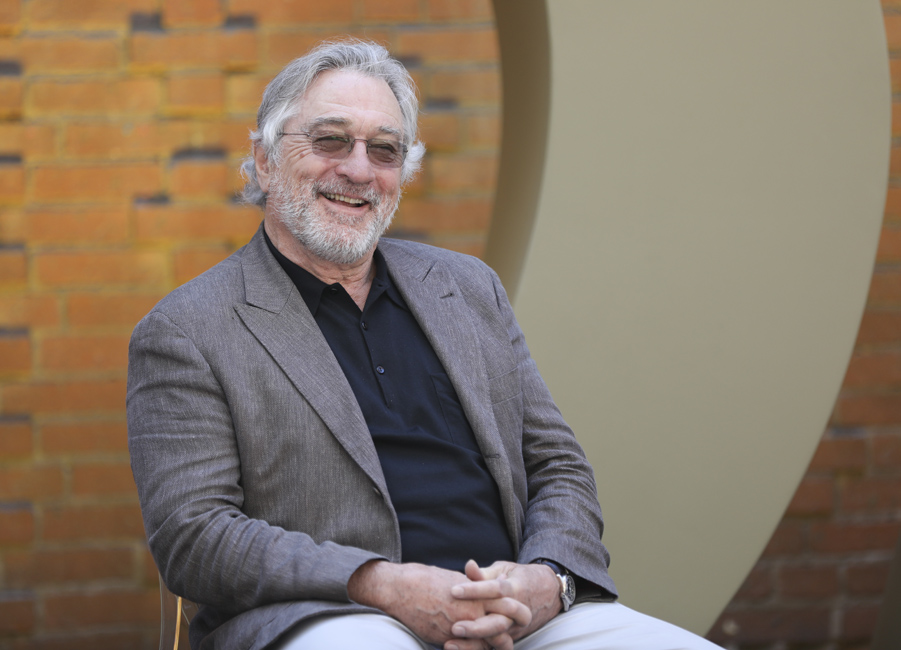 Less than 24 hours after taking the stage at the Tony Awards in New York and declaring “F*ck Trump!” to raucous applause, Hollywood legend Robert De Niro arrived in Toronto to celebrate the ground-breaking of the upcoming Nobu Residences, Hotel and Restaurant Toronto — anchored by the first Canadian location of the famed international restaurant chain Nobu, which De Niro co-owns. And during the ceremony, which took place in front of the complex’s prospective Mercer Street site, the actor took a moment to personally apologize to Canadians and Prime Minister Justin Trudeau for the behaviour of American President Donald Trump.

“I just want to make a note of apology for the idiotic behaviour of my president,” the 74-year-old Oscar winner said during a press conference for the new downtown development, earning cheers from those in attendance. “It’s a disgrace and I apologize to Justin Trudeau and the other people at the G7. It’s disgusting.”

Chef and restaurateur Nobu Matsuhisa, 69, a co-founder and namesake of the restaurant, was in attendance and visibly laughing in the background as De Niro spoke, as was Toronto Mayor John Tory.

De Niro, of course, was referring to Trump’s behaviour at the recent G7 Summit in Charlevoix, Quebec, where the president, after advocating for Russia to be readmitted to the group, caused international frustration by attacking the trade practices of America’s allies, including Canada. Trudeau ended the G7 with a press conference in which he denounced new U.S tariffs on Canadian steel and aluminum, contradicted Trump’s version of the G7 negotiations and reiterated his call for retaliatory tariffs on U.S. goods. “Canadians are polite, we’re reasonable, but we also will not be pushed around.”

After leaving the conference early to head to Singapore ahead of his meeting with North Korean dictator Kim Jong-un, Trump tweeted that, “Based on Justin’s false statements at his news conference, and the fact that Canada is charging massive Tariffs to our U.S. farmers, workers and companies, I have instructed our U.S. Reps not to endorse the Communique as we look at Tariffs on automobiles flooding the U.S. Market!”

He followed up a minute later with a second tweet: “PM Justin Trudeau of Canada acted so meek and mild during our @G7 meetings only to give a news conference after I left saying that, “US Tariffs were kind of insulting” and he “will not be pushed around.” Very dishonest & weak. Our Tariffs are in response to his of 270% on dairy!”

With the second tweet Trump, unsurprisingly, changed his story again about the reason for the tariffs. As Global News notes, “Trump has previously stated that the tariffs imposed on May 31 on Canadian steel and aluminum are because producers here pose a ‘national security threat’ to the United States, something Trudeau has repeatedly called ‘absurd.’”

Following this, at the Tony Awards on Sunday night De Niro took the stage and declared, “First, I wanna say, f–k Trump. It’s no longer ‘Down with Trump,’ it’s ‘F–k Trump.”

This, of course, isn’t the first time De Niro has spoken out publicly against Trump. In January, while making a speech before presenting an award at the National Board of Review, the actor referred to Trump as a “f*cking idiot” and a “f*cking fool.”

A number of supporters lauded De Niro’s remarks at the Tony Awards, including Star Wars actor Mark Hamill, who tweeted a video of the speech with the caption, “How to get a STANDING OVATION at The Tonys? Give the people what they want…always a crowd pleaser!!!” Writer and editor David Beard added, “Robert De Niro’s popularity is suddenly rising in Canada” while Michael Avenatti, the lawyer for adult film star Stormy Daniels, who is currently embroiled in a lawsuit against the U.S. president, tweeted that, “I’ve always enjoyed fellow Paisan Robert De Niro’s work.”