Celebrating Elaine May and Her Lasting Mark On Hollywood 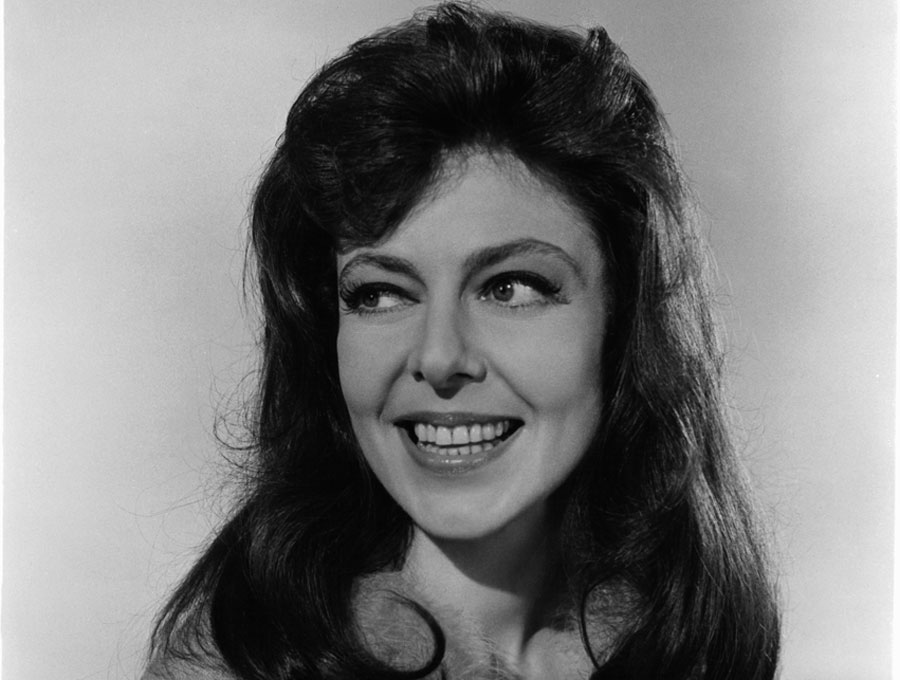 Looking back at Elaine May’s career as a director, many are finding a new appreciation for her comedic sensibility.

There’s a tragicomic moment during the 2010 AFI Life Achievement Award ceremony for Mike Nichols when Nora Ephron takes the mic.

Ephron’s tribute to her friend takes tongue-in-cheek umbrage about all the women (besides herself) that the director has left out of a New York Times profile, but she especially singles out Nichols’ one-time partner-in-crime and longtime collaborator. Ephron is most incredulous on her behalf. “Elaine,” she deadpans. “I mean, What about Elaine?”

Yes, what about Elaine? Elaine May, the improv comedy pioneer — influencer of several generations and genius enough to be among the composite inspirations for Amy Sherman-Palladino’s recent hit series The Marvelous Mrs. Maisel — but not to have made more than four feature films of her own in a long and otherwise distinguished career. What happened to Elaine May?

Call it a case of directing a Hollywood failure while female. In the years since May’s infamous last foray at the helm of 1987 commercial flop Ishtar, the movie (and by extension, its writer and director) have been the snide shorthand for “worst movie ever made.”

And wrongly so. As with so many things lately, Hollywood sees the errors of its ways and, in recent years, many have revisited May’s work to generate newfound appreciation and reconsiderations of extenuating box office circumstances.

As history revises opinion, there’s an opportunity to revisit her work on the big screen throughout June in the series “Funny Girl: The Films of Elaine May” at the TIFF Bell Lightbox, programmed by film curator Alicia Fletcher. The series includes May’s own directed four features, as well as several others both as screenwriter and as uncredited script doctor —  such as Primary Colors, Heaven Can Wait and Tootsie.

May specialized in coal-blackest comedy that showcases comedic duets — sparring wry beats timed with awkward stage business for maximum effect in precise, verbally balletic pas de deux. Those of a certain generation or inclination remember it from the legendary Nichols and May comedy duo, famous for screamingly absurd routines like “Back to Bach,” while some others were lucky enough to see the pair in the original stage production of Edward Albee’s Who’s Afraid of Virginia Woolf?

If May is most remembered and rightly revered, however, it’s for her cult following A New Leaf (1971), based on Jack Ritchie’s short story “The Green Heart.”

Walter Matthau is a destitute socialite bachelor on the make and May as
herself plays his mark — an unwitting heiress. Prolonged awkward physical exchanges kindle empathy for both Mathau’s nefarious intentions and the object of his disdain. As the title suggests, it’s a tale of unlikely redemption and renewal, but the proceedings have a subversive whiff of Ealing’s Kind Hearts and Coronets about them, what with Mathau’s pragmatic and systematic strategy to eliminate his beloved. (According to programmer Fletcher, May had evidently written several more near-miss murders into the script, but the studio balked.)

Soon after, she made the off-kilter comedy The Heartbreak Kid, based on “A Change of Plan” short story by Bruce Jay Friedman, with Charles Grodin and Cybill Shepherd, of course, but also Audra Lindley (forever Mrs. Roper). The Lightbox is also screening one of only two surviving 35mm prints.

May also wrote and directed Mikey and Nicky, a film that feels like a claustrophobic method acting showcase compressed over the course of one intense day. That would be enough, but the two-hander stars Peter Falk and John Cassavetes, making the chamber piece talky to the point of meandering.

Then she went to Morocco.

When it opened in May of 1987, Ishtar was already doomed to be what at the time was considered a critical and commercial failure. The boondoggle had already been hyped and followed in the press for months before Ishtar limped into its opening weekend five months late and more than $20 over budget and with dismal reviews. That’s at least in part due to anticipation — and opening against Beverly Hills Cop II — but also to its rangy and loose-limbed feel and frustrating (some say inspired) shifting tone. There’s also glib but pointed social and political criticism, of class and of America’s meddlesome tendencies in the Middle East (think Dr. Strangelove, if it had a sight gag about a blind camel with a bad tooth), wrapped in a classic form inspired by the odd couple pairings of the Hope and Crosby road movies. Little wonder audiences scratched their heads, bewildered.

This outing is more heartfelt than those old Hope and Crosby chestnuts and explores both the dynamics of friendship and the creative impulse, with great affection for the characters. The musical set in the Moroccan desert concerns milquetoast Lyle Rogers (Warren Beatty) and self-styled ladies man Chuck “they call me Hawk” Clarke played by Dustin Hoffman. They are two clueless (see: Dumb and Dumber) would-be songwriters in search of success and fame with delusions of grandeur enough to honestly believe that a chorus like “Hot fudge love / Cherry ripple kisses” is a winner. Before the late 1980s revival of broad and hoary slapstick comedies and in a nod to swashbuckling adventure genre revived by Indiana Jones, the pair stumble inconveniently into CIA intrigue but prove too dumb to kill (see: the Naked Gun franchise).

Ishtar has, in fact, aged well, with moments of enormously original hilarity and that, in hindsight, were ahead of their time but feel commonplace now and have become part of the vernacular. Like the montage of how truly awful these lounge singer-songwriters are (cue Adam Sandler’s The Wedding Singer) with extended scenes of audience reaction shots or the lingering slightly-too-long comedy of squirmy discomfort. The first 20 minutes setting up the meet-cute and budding bromance are frankly sublime.

But as the Rodgers and Clarke songwriting team’s favourite refrain goes, “honest and popular don’t go hand in hand”.

The Hollywood Reporter review called Ishtar “colossally dunderheaded” at the time but, like a stand-in for the industry it covers, THR has since recanted and penned several think-pieces about how it’s actually a great film. Fools rush in, as they say. Most critics have, in fact, entered the chamber of sober second thought and even if Ishtar’s not exactly a retroactive masterpiece, they have given May and her blundering dynamic duo their due.

When they ply their act at touristy watering hole Chez Casablanca. They have no idea that they’re anything less than brilliant. In fact, the pathos and humour of it all hinges on the audience believing that they are wholly convinced of their latent genius — if they are mediocre, they are blissfully unaware. They are obsessed artists. With confidence to spare – like Christopher Guest’s later Waiting for Guffman. There is no Guffman without May. That’s easy to see now but wasn’t so obvious in the continuum and comedy canon. Under-appreciated and misunderstood.

After Ishtar flopped, Hollywood studios were quick to judgment and to exile of woman who, although she told men’s stories in the largely old boys’ club of New Hollywood, was as demanding as she was prescient and brilliant. Before overly mannered and self-consciously ironic pictures and performances became the norm, she was an uncompromising writer and director with a distinct point of view — there are the stories of the lengths May would go, like holding film footage hostage until the studio agreed to her edits and terms. Michelle Obama recently pointed out that she wanted to see women “fail upward” just as men do. “It’s frustrating to see a lot of men blow it and win.” It is, and it’s a double-standard that has deprived us of May’s unique sensibility.

May, now 86, recently made her way back to the screen, as matriarch Kay Munsinger in Woody Allen’s Amazon original series Crisis in Six Scenes. And after a 50-year hiatus, she returns to Broadway this fall to star in a production directed by Kenneth Lonergan. They’re cold comfort, but at least the crumbs are better than nothing. Right? Though one wonders what the reticent May would make of that assumption herself.

Maybe it’s like Beatty says in Ishtar when he coaxes Hoffman off the building ledge with a pep talk that’s heartbreaking in its misguided sincerity. “It takes a lot of nerve to have nothing at your age” is his earnest encouragement. “You’d rather have nothing than settle for less.”

Funny Girl: The Films of Elaine May is on at the Toronto TIFF Bell Lightbox June 8-39, tiff.net/elaine