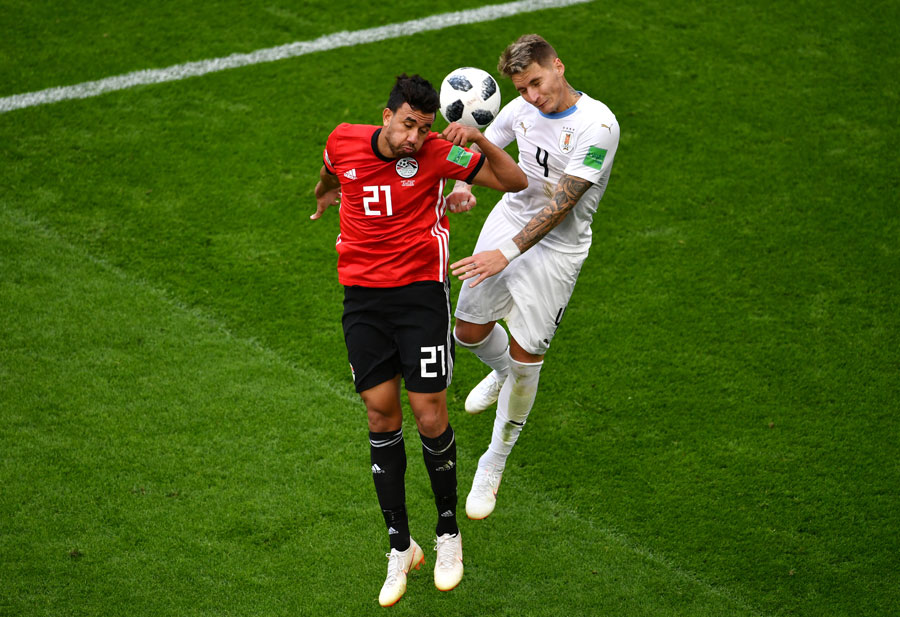 With the 2018 World Cup underway in Russia, it’s time to brush up on our soccer knowledge.

If you’re one of the many Canadians who only follow soccer for this tournament — which is held once every four years — here are nine things you need to know to prepare for this beautiful game.

1. The same few teams always win
In the 20 World Cup tournaments leading up to this year, only eight teams have actually won the trophy — Brazil (5 times) Germany (4), Italy (4), Argentina (2), Uruguay (2) and England, France and Spain (1 each). While 32 teams actually think they have a shot, there’s a 96 percent chance it will be Brazil, Germany, France or Spain that takes home top spot.

2. It’s all in the name
In soccer, many of the top players are known by their last names or by nicknames. The most famous player of all time, Pelé, was actually born Edson Arantes do Nascimento (he was named after the inventor Thomas Edison). However, in school he earned the nickname Pelé and was never referred to as Edson again. Ronaldo (Portugal), Messi, (Argentina), Suarez (Uruguay), Neymar (Brazil), Iniesta (Spain), and Ibrahimovic (Sweden) are just some of the top names to watch. Over the years, Brazil always has the best one-named players: Socrates, Hulk and Fred.

3. Use fun words like hooligan
English soccer hooligans used to set the standard for bad fan behaviour. However, they’ve become somewhat old and stodgy over the years and, due to crackdowns, just don’t bring it like they used to. The Russian “Ultras” — with their shaved heads and Nazi tattoos — now lead the way in scary fan behaviour. Fortunately, one of their top villains from the European Championships in France — “Vasily the Killer” — has apparently renounced violence and now claims to be a law-abiding family man.

4. Get used to a whole new terminology
When discussing games, show off your soccer knowledge by using terms like “nil” for zero, “pitch” for field, “fixtures” for schedule, and “clean sheet” for shutout. North Americans should not, however, refer to soccer as football — it causes no end of confusion here.

5. Flopping and diving are part of the game
While hockey fans detest players who “dive” to draw penalties, rolling around on the ground in feigned agony is a tactic completely acceptable in soccer. Rivaldo’s bravura performance  for Brazil in the 2002 World Cup set the gold standard for on field embellishment of a non-injury.

6. You won’t hear “USA! USA!” chants
Why? Because the U.S. didn’t even qualify for this year’s World Cup. A huge country with resources to produce great athletes, the U.S. usually ends up winning every competition they take part in. For some reason soccer is the only sport they can’t seem to conquer. Their best finish was third place in 1930.

7. Mamma Mia!
The other big team joining the U.S. on the sidelines this time is Italy, which disgraced its rabid soccer fans and failed to qualify for this year’s World Cup for the first time since 1958. Italy’s soccer-mad press took the defeat in good stride: “It’s one of the darkest pages of our sporting history. A brutal slap beyond the incalculable harm for a country that lives and breathes soccer,” read an editorial in one of the country’s newspapers.

8. Cheer for a team you only have a vague connection to
Because Canada seldom qualifies — their sole appearance was in 1986 — fans here have taken to rooting for countries to which they have ancestral ties. Your mother’s uncle by marriage was of German descent — by all means, cheer for Germany? Those in Canadian cities with large first- and second-generation Italian populations will remember the wild celebrations when the Azzurri won the Tournament in 1990 and 2014.

9. Or, cheer for Iceland
You may have no connection to this tiny country with little hope of winning, but wouldn’t it be fun to be part of this?