VIDEO: Paul McCartney Sings ‘I Saw Her Standing There’ at Nephew’s Wedding 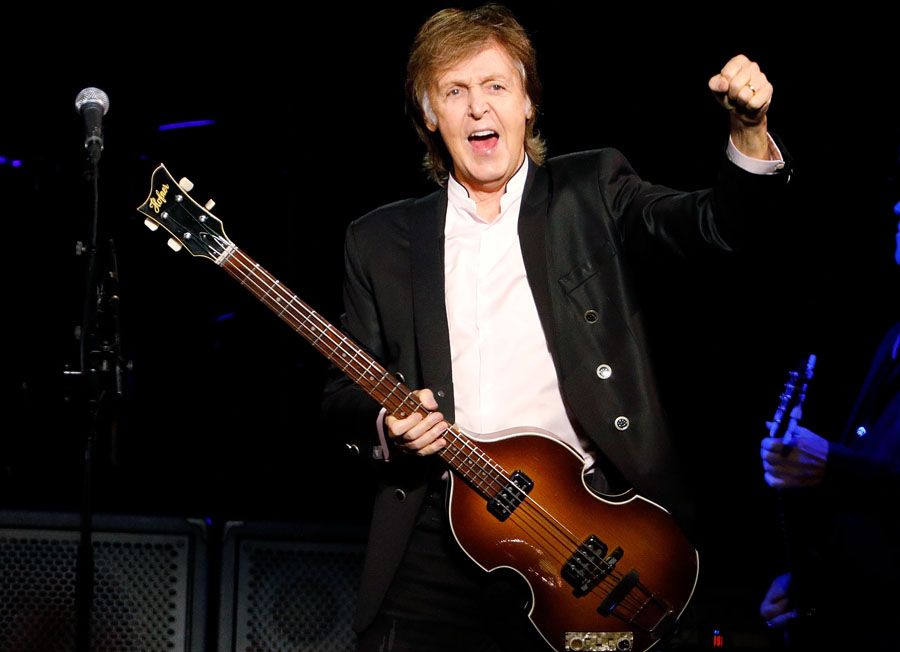 Consider this for a moment — which Beatles’ song title best personifies the essence of marriage? “All You Need Is Love?” “The Long and Winding Road?” For some, matrimony is more “Twist and Shout” than “We Can Work It Out,” which often leads to “A Hard Day’s Night” and, eventually, “Hello, Goodbye.”

For one lucky couple, however, “I Saw Her Standing There” — the first song on the first album ever released by the Fab Four — serves as the soundtrack for their nuptials because they had an actual Beatle in attendance to perform it.

Sir Paul McCartney, who celebrates his 76th birthday on July 18, made an appearance at his nephew’s wedding over the weekend, belting out the Beatles tune while accompanied by a 20-piece band [see video above].

McCartney is related to the groom through his wife, Nancy Shevell, 58, and video of the event shows the former Beatle singing and bouncing alongside the newlyweds as a crowd gathers and joins in. The whole event occurred at the Fresh Meadow Country Club in New York’s Nassau County.