Hats Off To The Duchess! Meghan Markle Makes Her Royal Ascot Debut 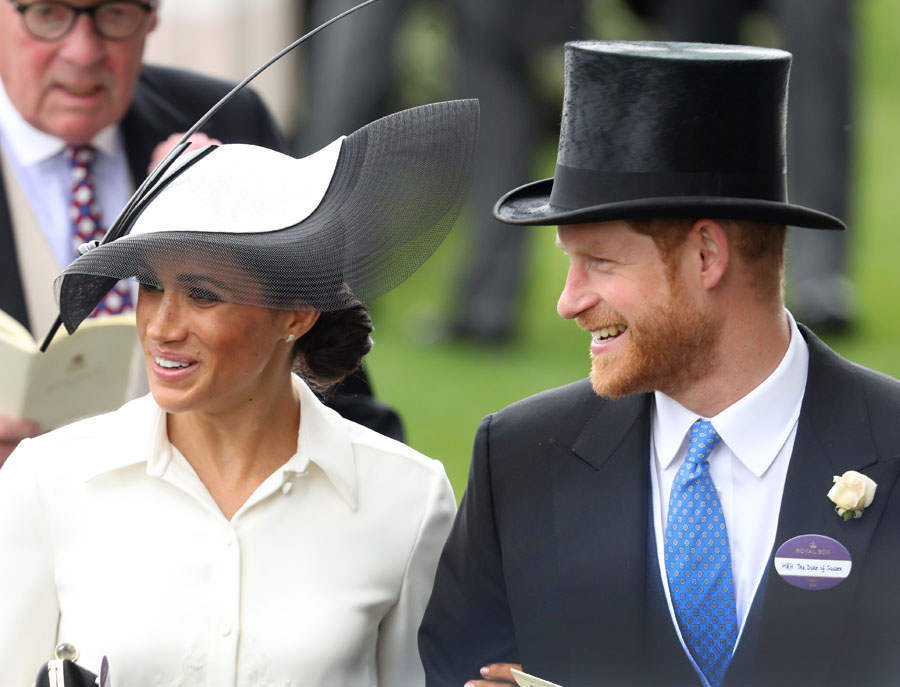 It was a family affair on Tuesday as the royals came together for the annual Royal Ascot. All eyes, however, were on the Duchess of Sussex.

Yes, Meghan Markle made her official debut during the first day of the Royal Ascot — exactly one month after her fairytale royal wedding. Could the former actress’ buttoned all-white Givenchy dress be an intentional nod to her wedding dress (designed by Clare Waight Keller of Givenchy)? Perhaps. Either way, our hats are off to the newly-minted royal, who topped off her fetching ensemble with a detailed Philip Treacy hat.

The prestigious Royal Ascot, described as the “the jewel in the crown of the British horse racing calendar,” is one of the must-attend events of the year. (Well, for the Royal Family anyway.)

The event, which concludes on June 23, will also feature Meghan and Prince Harry presenting the winning trophy for the St. James’s Palace Stakes — with a $9.7 million (US) prize pot, the largest pot in the U.K.

The couple du jour arrived in onto the course in a carriage accompanied by Harry’s uncle Prince Edward and Sophie, the Countess of Wessex.

Prior to the event, the family enjoyed an early lunch with Queen Elizabeth who looked like a ray of sunshine in her bright yellow ensemble.

The event comes less than 24 hours after Meghan’s father, Thomas Markle, appeared on Good Morning Britain to talk about his regret at not being able to attend the Royal Wedding (not to mention a couple of rather controversial remarks in which the retired TV lighting director claims he and Harry discussed politics over the phone — a major no-no as members of the Royal Family must remain tight-lipped on political issues).

Kensington Palace also revealed this week that the Duke and Duchess of Sussex will head to Dublin on July 10 and 11 for an official trip by request of the Queen’s government.