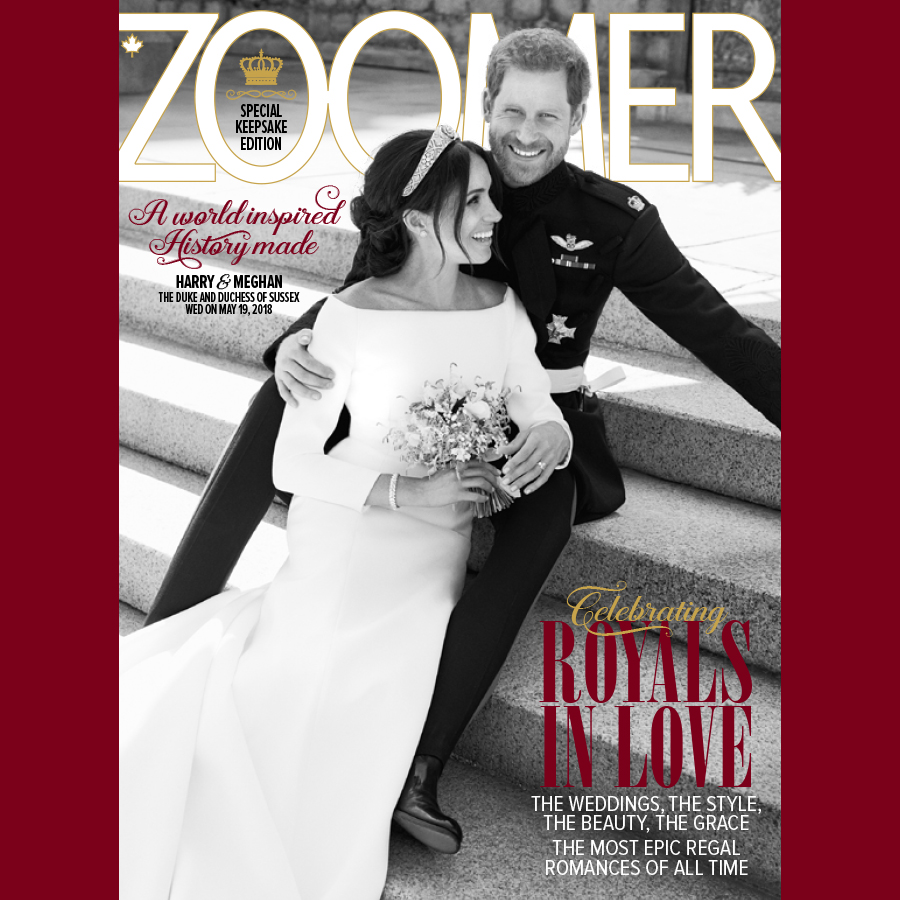 As Meghan Markle settles into her royal role as the Duchess of Sussex a month after her wedding of the century, we examine why her union with Prince Harry is much more than a fairytale.

Even in the 21st century, we are fascinated by the fusty idea of the British monarchy. The sun may have long set on its Empire, the Commonwealth a comparatively puny if earnest consolation prize, yet we still have the almost atavistic desire for royalty’s residual pomp and circumstance.

Symbolic as it is, there is power — wielded by the long-reigning Queen with a white-gloved fist of stoic duty — in the pageantry of the enterprise. With its dynastic implications only second to that of a coronation, a royal wedding is perhaps the most potent of their public inflection points. It’s the hope of the happily ever after on steroids, young love wed to the fairy-tale tropes of Prince Charmings and Fair Maidens, kryptonite to even the most hardened of anti-monarchists hearts.

The union of Prince Henry Charles Albert David of the storied House of Windsor and Rachel Meghan Markle of Los Angeles, Calif., is so improbable that it could only have been destined.

Although he is just sixth in line to the throne, that he is Diana’s son, both beloved for their natural compassion, easy charisma and iconoclastic leanings, makes him crucial to the future of the British Royal Family. That he chose to marry a biracial, divorced and older (than him, anyway) woman and, just as importantly, that a self-made career-driven feminist would choose to marry into “the Firm” with its strictures and traditions — gives us an idea of what a modern Royal Family will look like as it prepares for the end of the second Elizabethan era.

The Queen, once again showed herself to be the past master of messaging with the title she awarded the couple — the Duke and Duchess of Sussex — on their wedding day. There had only been one other Duke of Sussex, born in 1773, and he had defied his father King George III by advocating for the abolition of slavery and to end restrictions on Jews. The Duke did not receive permission from the King to marry either of his two wives. A permission the Queen, one can imagine, granted to her grandson with alacrity, given the many royal traditions that Meghan was invited to partake in before her wedding, a first for Windsor fiancées. Meghan Markle is the first Duchess of Sussex, a fitting acknowledgement of how singular a figure she is.

In a bastion of colonial power, resplendent with its trappings and in the presence of its monarch, the wedding of the Prince Harry and Meghan, the wedding, a historical juxtaposition in itself, brought us to a transcendent multicultural moment. The dreadlocked African-American mother of the bride was positioned across the aisle from the Queen in an equal level of seating. An African-American minister preached of slavery and Martin Luther King Jr. A civil rights anthem was sung by a gospel choir as the couple left the chapel.

Clearly — truly, madly, deeply in love — beyond the obvious physical attraction, the two bonded over their shared passion for philanthropy. This is the real work of royals, but Meghan even before her successful career as an actor had already been a change maker. It’s only fitting that the 11-year-old who advocated for the equality of women would walk herself down the aisle. This will be a union of equals. A lasting image from the wedding was the couple, hands tightly clasped as they listened to the affecting Ben E. King classic, “Stand By Me.” As symbols go, this is one worthy of the ages — where the power of love rose like a drawbridge over the moat of a painful legacy, where the meritocracy met the aristocracy, on a day when the world was inspired and history made anew.

Still thinking about the Royal Wedding? Subscribe to any of Zoomer‘s information-packed newsletters and get exclusive access to Celebrating Royals in Love, our digital keepsake edition with more than 100 pages of specially-curated photos and stories of our favourite Royals. Sign up HERE.