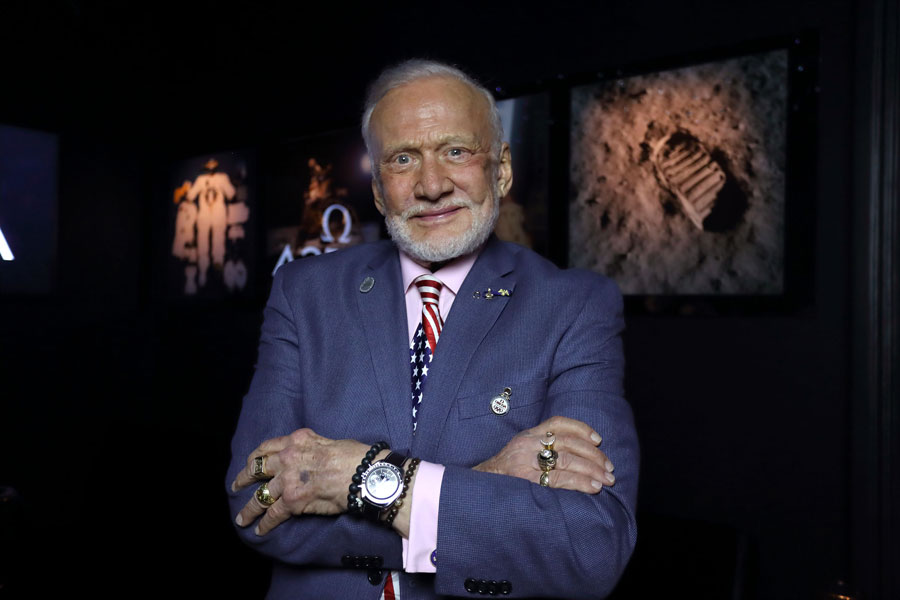 Legendary Apollo 11 moonwalker Buzz Aldrin is in the midst of a legal battle related to alleged financial abuse at the hands of his kids and a former business manager.

Buzz Aldrin, the astronaut who joined Neil Armstrong as the first person to set foot on the moon, appears to be the latest victim of financial elder abuse.  Marvel Comics creator Stan Lee has also been in the news for similar troubles.

The 88-year-old Aldrin is suing two of his kids and a former business manager, who are accused of transferring money from his account without his permission, misusing his credit cards and slandering him by claiming he has dementia.

The lawsuit was filed earlier this month after his adult kids, Andrew and Janice, filed a petition requesting that they be named legal guardians of their father who they claimed had been suffering from memory loss, delusions, paranoia and confusion. They also claimed that he was associating with individuals who were attempting to alienate Aldrin from his family and that he had been spending his assets at “an alarming rate.”

Court-appointed mental health experts were appointed to evaluate Aldrin in Florida on Tuesday and Wednesday.

Aldrin, however, hasn’t shown any signs that he’s incapable of handling his own affairs, including the legal battle between him and his children. In April, he underwent his own evaluation conducted by UCLA geriatric psychiatrist, Dr. James Spar. In a letter to Aldrin’s attorney he said that he had scored “superior to normal” for his age on tests.

He added that Aldrin “is perfectly capable of providing for his physical health needs, food, clothing and shelter, and is substantially able to manage his finances and resist fraud and undue influences.”

Aldrin’s lawsuit asks for Andrew Aldrin — who had once been a trustee of his father’s trust — to be stripped of his control over his financial affairs, social media accounts and several non-profit and business enterprises. Aldrin’s complaint details that Andrew Aldrin continued to make financial decisions for him even after Aldrin had revoked his power of attorney.

“Specifically, defendant Andrew Aldrin, as trustee, does not inform plaintiff of pending or future business transactions, removes large sums of monies from plaintiffs accounts, and continues to represent plaintiff in business and social capacities despite plaintiff’s repeated requests for such representations to be terminated,” the lawsuit said.

The complaint also accuses his daughter, Janice Aldrin, of not acting in his financial interests and conspiracy and accuses his former manager, Christina Korp of fraud, unjust enrichment and exploitation of the elderly.

In their only statement made regarding the ongoing legal battle, Andrew and Janice Aldrin appeared optimistic about their future relationship with their father despite the ongoing conflict.

“If nothing else, our family is resilient and our ability to work together to solve problems and accomplish great things is strong,” the Aldrin children said. “We love and respect our father very much and remain hopeful that we can rise above this situation and recover the strong relationship that built this foundation in the first place.”