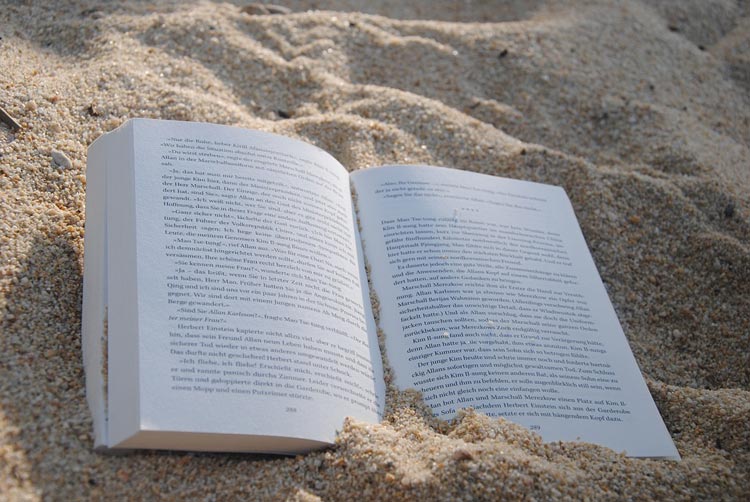 Looking for the ultimate summer escape? Indulge your inner time traveller and whisk yourself back to another place and time with these seven great reads. It was less than a year after the First World War broke out in Europe that a German U-boat torpedoed and sank the famed British passenger liner RMS Lusitania while it was en route from New York to Liverpool. More than 1,100 passengers perished, including 120 Americans, an act that was pivotal in turning public opinion against Germany. In Kim Izzo’s utterly unputdownable new novel, Seven Days in May, she traces her own great-grandfather’s journey and struggle for survival aboard the Lusy’s final voyage in 1915. THE LOST DIARIES OF SUSANNA MOODIE (Harper) by Cecily Ross

When Englishwoman Susanna Moodie journeyed with her husband John to the backwoods of Canada in the 1830s, she couldn’t have known her experiences of hardship in a log cabin would become part of Canadian mythology. Cecily Ross’s novel, told through Moodie’s imagined diaries, gives a glimpse of her inner life as a writer, wife and mother, coming to terms with the wilds of Canada, as well as the wildness of her own heart. From bestselling author of Moonlight Over Paris and Somewhere in France comes this captivating tale of Ruby Sutton, an ambitious American journalist who moves to London in 1940 to report on the Second World War and to start a new life an ocean away from her humble beginnings. The story is inspired in part by the wartime experiences of Robson’s own grandmother. THE SAMURAI OF SEVILLE (Arcade) by John J. Healy

In this story inspired by one of history’s most intriguing forgotten chapters, twenty-two samurai warriors sail from Japan to Spain in 1614, initiating a cultural exchange with Japan never before seen in Europe. But the dueling mentalities of Japan’s warrior culture and the baroque sensibilities of Renaissance Spain are soon set in motion when romance blossoms between a samurai and a young noble lady from Seville.

Romance meets ghost story in Sarah Perry’s fantastical book set in Victorian England. The Essex Serpent, which took the top prize at this year’s British Book Awards, follows an independent widow who takes up with the local vicar in Essex, where people are haunted by the possible return of the killer mythical Essex Serpent. Attention Royal buffs. The latest installment in Gregory’s Plantagenet and Tudor novels follows the story of the youngest and largely unknown Grey sister, Mary, a beautiful dwarf who is largely disregarded by the court. Following the deaths of her older sisters, Jane and Katherine – at the hands of their unforgiving cousins Queens Mary and Elizabeth – young Mary, while aware of her own perilous position as a possible heir to the throne, is determined to wrest control of her own destiny. STRANGERS WITH THE SAME DREAM (Knopf Canada) by Alison Pick

Be whisked back to 1921 when a band of very different but idealistic Jewish pioneers escaped the violence brewing in Europe to realize a lifelong dream: to establish a community on a patch of land that would, twenty-five years later, became Israel.

RELATED: Travel Back in Time with Historical Fiction