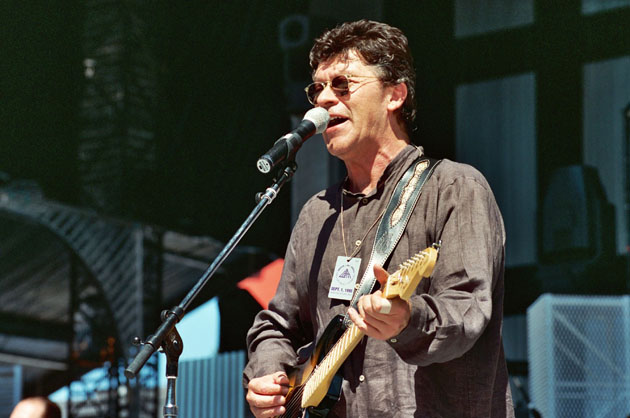 Robbie Robertson is one of Canada’s most prolific songwriters. Here, we look at some of his mightiest rock gems in honour of his 75th birthday.

The Toronto native is widely heralded as one of the greatest guitarists and songwriters of all time. With his storied career as both a solo artist and member of The Band, Robertson has been a Canadian rock mainstay since the 1960s.

“Up on Cripple Creek” (1969)
This hit song is featured on the The Band’s eponymous second album, The Band.

When asked about the song, Roberston replied: “We’re not dealing with people at the top of the ladder, we’re saying what about that house out there in the middle of that field? What does this guy think, with that one light on upstairs, and that truck parked out there? That’s who I’m curious about. What is going on in there? And just following the story of this person, and he just drives these trucks across the whole country, and he knows these characters that he drops in on, on his travels. Just following him with a camera is really what this song’s all about.”

Producer Daniel Lanois claimed Robertson wrote the song about “what it was like to hang out in Arkansas with Levon Helm in his old neighborhood. He was telling me about the hot nights and fishing with dynamite, and was asking someone for directions for someplace somewhere down the crazy river.”

Martin Scorsese directed the music video that accompanied the song.

“The Weight” (1968)
This single, from The Band’s debut album, Music from Big Pink, is about a visitor’s experiences in a town called Nazareth. In 2004, Rolling Stone magazine listed it at #41 for the “500 Greatest Songs of All Time” article.

“The Night They Drove Old Dixie Down” (1969)
Also from The Band’s second album, The Band, Robertson did extensive research on the American Civil War and the suffering of Southerners before putting pen to paper.

Joan Baez’s performed her own cover of the song in 1971.

“Showdown at the Big Sky” (1987)
From his self-titled solo debut, both the song and album won numerous accolades, including the Juno Award for “Album of the Year” and “Producer of the Year.”