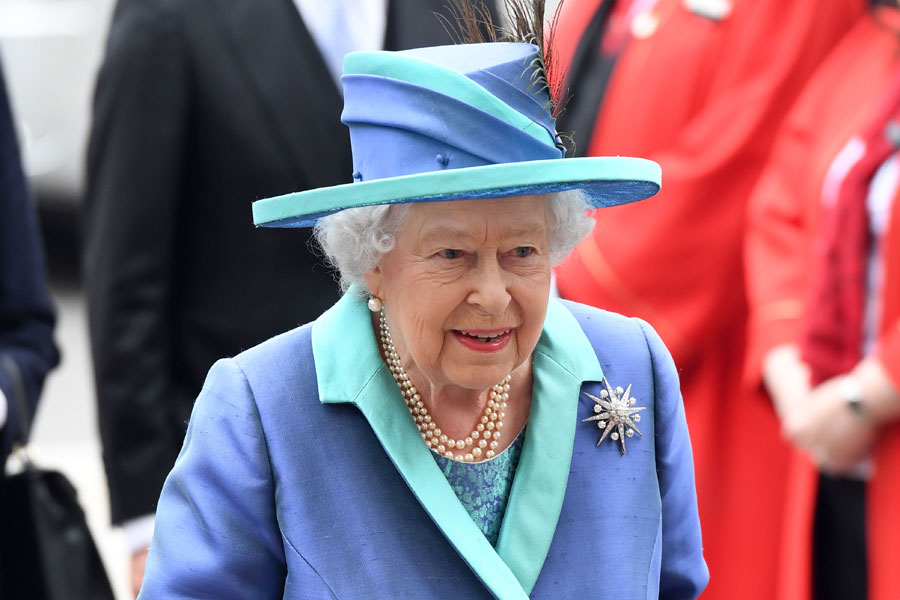 It’s only Tuesday and it’s already been a hectic week for the Royal Family.

The “New Fab Four” — Prince William, the Duchess of Cambridge, Prince Harry and the Duchess of Sussex — joined Her Majesty bright and early this morning at the Royal Air Force (RAF) centenary service at Westminster Abbey.

It’s an important day for the Royal Family, who have strong links with the RAF. July 10 marks 100 days since the RAF’s centenary, with the Royal Flying Corps and the Royal Naval Air Service merging on April 1, 1918 to create the world’s first independent air service.

The service at Westminster kicked off what the head of the RAF told the BBC would be a “tremendous” day of events to celebrate its 100 years.

More than one thousand personnel paraded on The Mall before 100 aircraft representing the RAF flew over Buckingham Palace. It will also mark the first time the new F-35 Lightning will be seen by the public.

William, looking dapper in uniform, is a former Flight Lieutenant in the RAF’s Search and Rescue Force. He arrived at the event with Harry, who was also decked out in full uniform. Prince Charles and Camilla, Duchess of Cornwall, also attended the service.

Meghan turned heads in a navy (or is it black?) dress by Dior and hat by royal milliner Stephen Jones, while Kate (who chose to join in the day’s festivities despite still being on maternity leave) opted for a powder blue Alexander McQueen coat, which she paired with a hat by Sean Barrett and RAF brooch.

The Queen looked positively regal, smiling and greeting guests with a white-gloved handshake, before giving a short speech during the service. The family later gathered on the balcony of Buckingham Palace to take in the air show.

It was only yesterday that the Royal Family came together, sans Her Majesty, to celebrate the christening of two-month-old Prince Louis at the Royal Chapel at St. James’s Palace in London.

The Queen and Prince Philip were noticeably absent from the christening after Buckingham Palace announced that the royal duo would not be in attendance. The decision, which was due to her busy schedule, was “mutually agreed” upon between the 92-year-old monarch and William and Kate “some time ago,” according to a palace source.

Speaking of busy, only a few hours after the RAF 100 service, Harry and Meghan landed safely in Dublin to kick off their two-day trip to Ireland where they’ll take in the culture and history of Dublin, specifically local sports, the arts and entrepreneurship.