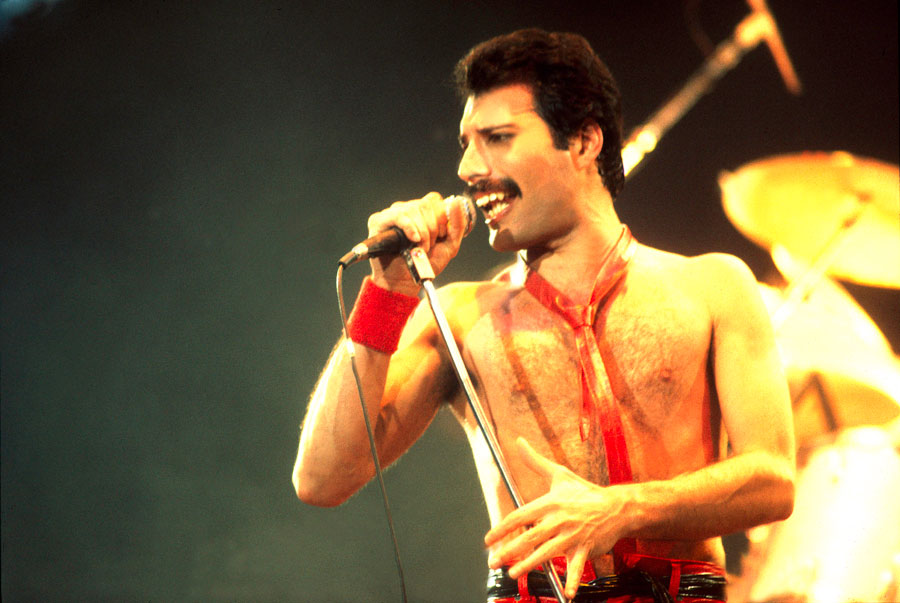 The latest trailer released by 20th Century Fox for Bohemian Rhapsody, the Freddie Mercury biopic,  will excite rabid fans of the iconic singer and his band Queen for its use of the groups mega-hits such as the title song, “We Will Rock You” and of course “We Are the Champions.”

It also offers more than a glimpse of what appears to be a star-making, even Oscar-worthy turn by Rami Malek (2016 Emmy-winner for Mr. Robot).

For those of us around for Live Aid in 1985 — the benefit concert to help end the famine in Ethiopia — the stadium shots will surely induce goosebumps. As Mercury, channeled by Malek, struts across various stages, his soaring vocals and ability to entrance literally tens of thousands of people, it reminds us what a loss to music his death was. Mercury died in 1991 due to complications from AIDS.