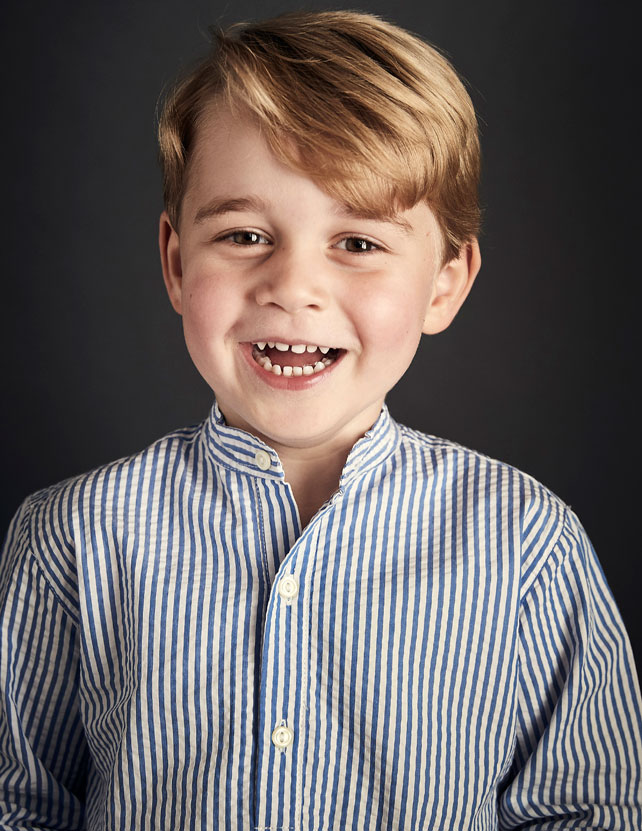 What exactly do you get for a birthday boy born into royalty? Well, if you’re Prince George, you get a special commemorative coin!

Earlier this week, the Royal Mint announced that Prince George, who turns five on Sunday, will get his very own special coin, available to the public for purchase. It issues at £5 (approximately $6.50 CDN) and features an image of St. George, the patron saint of England, battling a ferocious dragon. Why a dragon, you ask? Well, according to popular English legend, the dragon lived near St. George’s town and would routinely attack the locals. So trusty St. George, ever the courageous knight, tamed it and then killed it. The coin, which is embossed with the year 2018, is part of a Royal Mint collection called “The Progress of a Prince.”

According to the Royal Mint, the legend of St. George has been a popular theme on royal coins for centuries because it conjures visions of courage and the battle of good vs. evil. Prince George is third in line to the throne, behind his granddad, Prince Charles, and his father, Prince William.

“It’s hard to believe it’s been five years since we welcomed His Royal Highness Prince George of Cambridge into the world,” the Royal Mint says on its official website. “Adorably mischievous, he has captured the hearts of people all over the world, stealing the show wherever he goes. From royal tours with his parents to starting his first day at primary school, he has shown us glimpses of his lively personality and growing interests. Now a big brother to two siblings, Prince George of Cambridge’s fifth birthday falls in a year already full of family celebrations.”

Prince George has certainly had an exceptionally busy 2018 for such a little boy, especially in recent months. Just last week he attended the christening of his little brother, Prince Louis, and just a few weeks prior to that he cheered on his dad from the sidelines during a charity polo match at Beaufort Park. Then, of course, was the annual Trooping of the Colour, where the little prince stole the show along with his sister, Princess Charlotte. And who could forget his memorable appearance as a page boy during the Royal Wedding of Prince Harry and Meghan, Duchess of Sussex? It must be a whirlwind for a kid of only five. (I can’t recall my social life ever being so busy.)

Royals fans and coin collectors can purchase the St. George commemorative coin on the Royal Mint’s website for £13.