Born to Be Good: John Kay’s Long Road from Rocker to Philanthropist 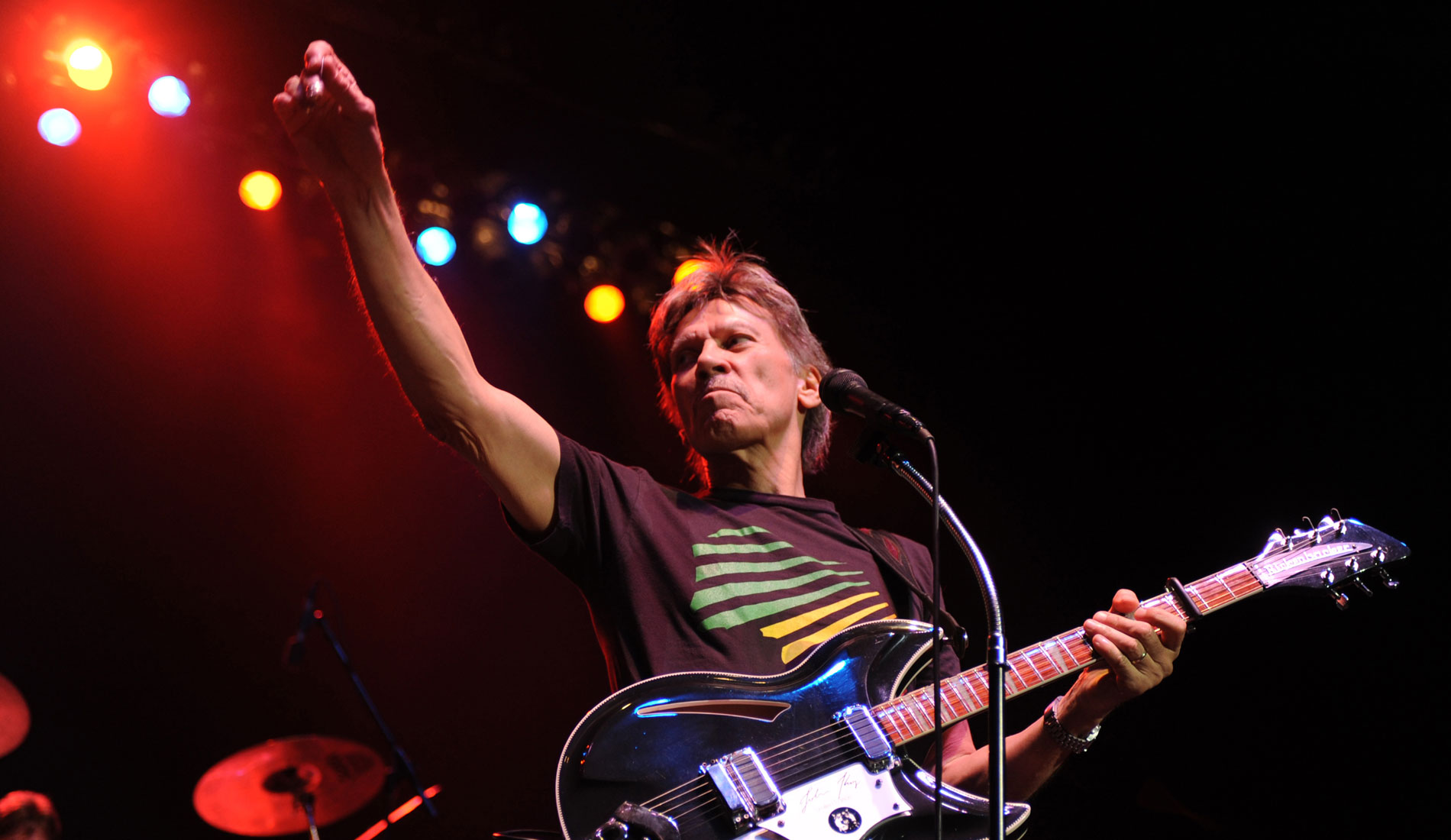 When John Kay burst onto the scene in the 60s he had no idea his true calling would come 40 years later.

It’s the song that launched a thousand road trips.

Thanks largely to the hard-edged vocals of lead singer John Kay, Steppenwolf’s 1968 rock classic “Born to Be Wild” set a fire under an entire generation, encouraging them to hit the road, preferably on a motorcycle, and find themselves.

More than four decades after his seminal hit, Kay was still on the road, but instead of touring arenas full of leather-clad bikers, he was in small Cambodian towns and African wildlife reserves, working to help others. “There’s a certain point when you realize that not only have you been given the gift of life, but you’ve been granted a great life,” says Kay. “You ask yourself, ‘What exactly have I done in return?’ ”

Kay and his wife, Jutta, answered that question by forming the Maue Kay Foundation, a non-profit that raises funds for schools in rural Cambodia and Tanzania as well as nature reserves in countries such as Kenya. Kay’s charity work has been the culmination of years of travel. When not touring with Steppenwolf (he still performs a few shows a year), he and Jutta have spent much of their time travelling through Asia and Africa. Kay recalls having his young guide at Angkor Wat, the stunning ruins from the Cambodia’s Khmer Empire, take them to a Buddhist temple that housed a small memorial to the locals who died during the Khmer Rouge’s reign of terror in the 1970s.

The visit stuck with the Kays long after they returned to their home. With the tragedy of Cambodia’s past still fresh in his mind, Kay came across a magazine article about Bernard Krisher, an American journalist and founder of American Assistance for Cambodia, a non-profit that builds schools in the Cambodian countryside. He contacted Krisher and worked with him to build a school in the Takeo province near the Vietnam border.

In total, the Kays donated $50,000 to build a primary school. In 2004, they attended the school opening and watched as Buddhist monks blessed the modest building that featured a well, vegetable garden, solar panel and computer with Internet access.

Their experience in Cambodia cemented their commitment to the idea of travel philanthropy, or “voluntourism,” a growing movement that sees people combine travel with charity work. The Kays took a trip organized by Abercrombie & Kent, a luxury tour company that at times arranges charity trips to developing countries. They donated money to the Gijedabung School in Tanzania’s Tarangire National Park.

The Kays’ travels to Africa led to efforts to conserve the continent’s rich wildlife. They have helped the David Sheldrick Wildlife Trust, which works to nurture orphaned baby elephants and black rhinos, which are released in Tsavo National Park, Kenya’s largest wildlife refuge. Similarly, they’re involved with the Lewa Wildlife Conservancy in Northern Kenya. Last year, the Kays made a trek to Uganda to track mountain gorillas. Along the way, they visited local hospitals and villages to get a sense of what life is like in one of Africa’s poorest yet most scenic countries.

For Kay, it’s been a long road from rocker to philanthropist. He was born Joachim Fritz Krauledat in East Prussia in 1944. His family was one of thousands that fled their home during the evacuation of East Prussia that took place prior to the invasion of the Red Army. Kay’s family settled in Hanover, Germany, where the young Joachim became obsessed with rock ’n’ roll and R&B music broadcast by the American Forces Network Europe. After his family moved to Ontario, Kay became the lead singer of The Sparrow, the band that ultimately evolved into Steppenwolf.

Formed in ’67, Steppenwolf shot to fame after “Born to Be Wild” was used in 1969 film Easy Rider. Director and star Dennis Hopper used the song during a rough edit of the film but planned to replace it with original music by Crosby, Stills, Nash and Young. Fortunately for Kay, Hopper realized the song fit perfectly and left it in the final cut; it became a rock classic. Along the way, Steppenwolf racked up eight gold albums and three Top 10 hits.
To Kay, his music and his philanthropy are rooted in the same idea. “It may very well be because I was a kid who grew up in East and West Germany after the war and saw a lot of people living hand-to-mouth,” he says. “But at some point during my maturation, I realized that anything that I was really passionate about was rooted in the idea that the status quo ain’t good enough and there’s much to be done.”

To that end, Kay spends much of his time and energy committed to the promotion of travel philanthropy. Instead of visiting spas and resorts where local culture is often kept at arm’s length, travel philanthropy allows you to have a deeper, richer travelling experience, seeing a country in an entirely new way.

It also allows people to take part in smaller charity projects that they feel much more tied to. “I do feel there is a great untapped reservoir of good will out there,” he says. “Instead of dealing with some vague NGO, people can see with their own eyes what is being done. It can make a big difference.”

There are those who criticize such charity work, saying that it’s hypocritical to have rich Westerners working with the poor during the day and returning to their plush hotel at night. But, says Kay, “The people at the receiving end of charity don’t care who is helping them or where they choose to lay their heads, just as long as they’re helping and trying to make a difference.”

Inspiring others to follow his lead has been a welcome by-product of his work. When Kay worked with a group of schoolchildren in Tennessee, encouraging them to raise funds and give donations for his Cambodian school, he showed them a video that demonstrated the impact of their donations. When he returned to the Tennessee school six weeks later, he noted that the teacher he was working with was gone. When he asked about her, he was told that she had joined the Peace Corps after seeing Kay’s video.

For Kay, it must have felt like the completion of a circle. Four decades after “Born to Be Wild” inspired people to head out on the highway in a journey of self-discovery, he’s now inspiring others to hit the road and, as his most famous song says, take the world in a love embrace.

A version of this article appeared in the Summer 2009 issue with the headline, “Born To Be Good,” p. 18.