In the Politics of Fear, Who’s Actually Running Scared? 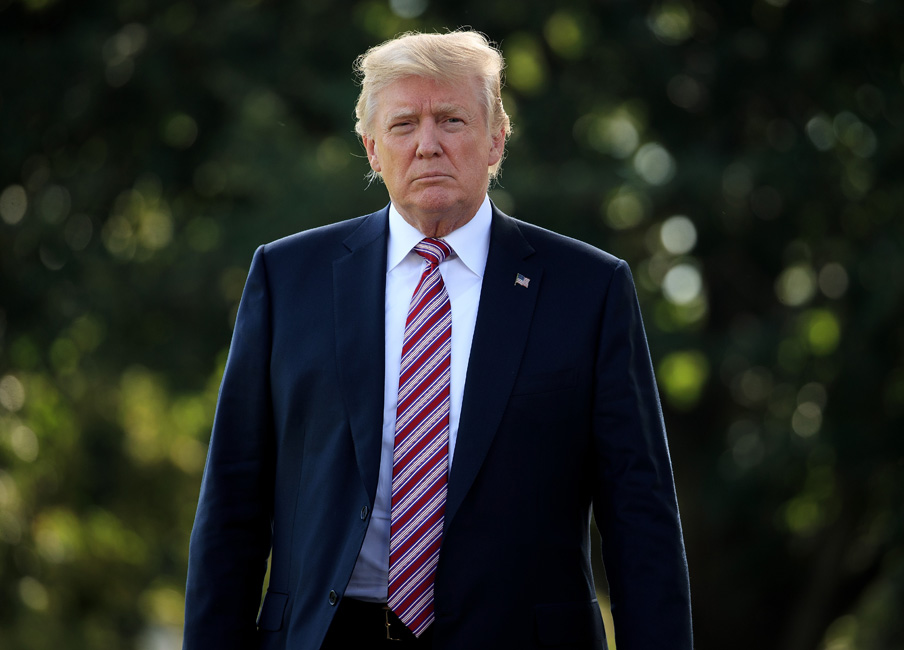 Fear is a funny emotion in that it boasts the capacity to either motivate or incapacitate any given person. Some describe the process as fight or flight. For example, when you’re the President of the United States and multiple criminal and collusion investigations are focussed on yourself, your family members and your closest associates, do you keep quiet and let your lawyers handle it or do you fly into a rage and rant publicly on social media? Actually, that scenario requires an addendum to the fight or flight model: fight or flight or … tweet.

Fear, as well, serves as the title of the upcoming book, announced this morning, by legendary journalist, author and chronicler of multiple presidents Bob Woodward, 75. Fear: Trump in the White House, an expose of the inner workings of Donald Trump’s presidency, reportedly “(draws) on ‘hundreds of hours’ of interviews, along with notes, files and diaries to evoke the ‘harrowing life’ within the White House” and takes its name from a quote that Trump once spoke to Woodword himself in a 2016 interview: “Real power is — I don’t even want to use the word — fear.” The announcement of the book — written by the man who, along with, Carl Bernstein, exposed the Watergate scandal that sunk Richard Nixon’s presidency — comes on a day when stories involving various important players related to Trump’s presidency converge in the public arena.

To start, a Monday morning CNN interview with Trump’s personal lawyer, Rudy Giuliani, about the Mueller investigation into possible Russian collusion, is still making headlines on Tuesday for the counsel’s assertion that “I don’t even know if (collusion is a crime).” It’s a head-scratching notion that collusion with a foreign government to sway an election isn’t a crime – especially given Trump himself has long asserted that no collusion occurred. Evidently Trump and his team are attempting to change the narrative, perhaps aware that damaging evidence related to collusion is in the pipeline – a strategy motivated by fear. The news was followed by a photo of former Vice-President Joe Biden, 75 — long considered perhaps the best possible 2020 presidential opponent of Trump — sitting down for a meal with President Barack Obama, 56, at a “nonprofit bakery that teaches veterans, military spouses and caregivers about business” in Georgetown. The appearance could be a signal that Biden is dipping his toes in the water of a presidential bid.

Tuesday morning also marked the first day of the trial of Paul Manafort – Trump’s former campaign manager and the first of the 32 indictments/guilty pleas in the Mueller probe to go to trial. As the New York Times notes, Manafort’s trial pertains only to “32 charges of bank and tax fraud largely stemming from his work as a political consultant in Ukraine and predating the [Trump] campaign … But the subtext — whether Mr. Manafort knew about Russian efforts to influence the election, and whether the threat of conviction could lead him to cooperate with the special counsel, Robert S. Mueller III — weighs not just on the prosecution and defense, but on the White House as well.” Investigators are, of course, looking into Manafort’s role in various possible Trump-Russia connections, including a 2016 Trump Tower meeting between the president’s son, Donald Trump Jr., and associates with Russian representatives who were thought to be offering dirt on Hillary Clinton, whether Manafort used his access to Trump to square financial debts with Russian oligarch to whom he owed millions of dollars, and whether or not he used his influence to upend the long-standing GOP foreign policy platform on Russia to make it more favourable to the nation and deny promised weapons to Ukraine, against whom pro-Russian forces were battling.

That weight is the weight of fear…

Of course, fear might also lead to outbursts of the sort that Trump had this morning in a series of tweets attacking Republican billionaires and mega donors Charles and David Koch, calling them “a total joke in real Republican circles” whose political network “is highly overrated” and who “want to protect their companies outside the U.S. from being taxed.” In a piece on the attack, CNN points out that “Trump’s public attack, following a weekend in which he was criticized at a Koch network summer meeting, comes amid speculation that the Koch brothers are reconsidering their typically full-throated support for Republican candidates during the midterm elections.” For the record, those are the midterm elections where, in the wake of recent Republican electoral defeats in areas of the country that Trump carried, many hope that a Democratic “blue wave” could topple the Republican stronghold in both the Senate and Congress and allow Democrats to pursue further investigations, sanctions and/or impeachment proceedings against the president unimpeded – a scary scenario for the man in the Oval Office….

And to top it off, Ontario’s new premier Doug Ford earned himself a mention in the Washington Post today, where he’s described as a “40-cents-on-the-dollar version of Donald Trump” who’s “brought a dangerous populist politics of cultural resentment and revenge to Ontario.” It’s not a ringing endorsement, to be sure, and if the real Donald Trump has already proven this ineffective and unpopular, imagine what the Trump knock-off brand has in store.

Still, in light of today’s convergence of events, both Trump and provincial Trump knock-offs would do well to rethink the president’s assertion that “Real power is fear.” After all, when it’s the president himself who’s the one running scared, who actually holds the power?