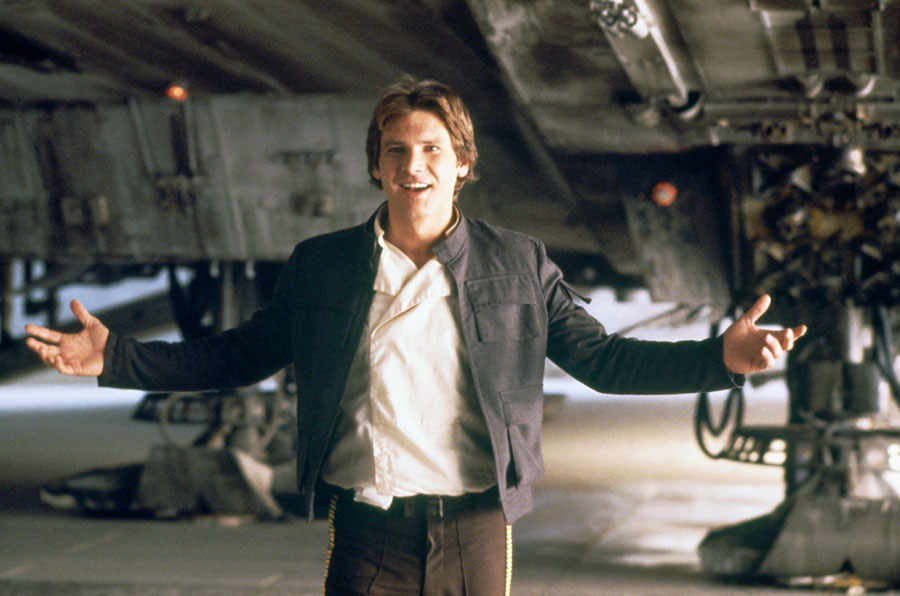 Harrison Ford on the set of "Star Wars: Episode V: The Empire Strikes Back." Photo: Lucasfilm/Sunset Boulevard/Corbis via Getty Images.

Ever wanted to own a piece of space memorabilia from a galaxy far, far away? Well, here’s your chance — provided you have a cool million to spare, that is.

Han Solo’s jacket — the one worn by Hollywood heartthrob Harrison Ford in Star Wars Episode V: The Empire Strikes Back — could collect upwards of one million dollars when it hits the auction block in September.

The Empire Strikes Back, which was released in 1980 and has long been heralded as the best installment of the Star Wars franchise, has some of the most iconic scenes in the ongoing space soap opera. Think: “No, I am your father” and Luke Skywalker’s high-intensity Jedi training at the hands of Yoda. Who wouldn’t want to get their hands on a piece of cinematic history?

Han’s jacket is part of a collection of 600 rare film and TV items that will go up for sale alongside the “teapot” robe that Tyler Durden (Brad Pitt) wore in Fight Club, Rose DeWitt Bukater’s (Kate Winslet) farewell letter from Titanic and Marty McFly’s (Michael J. Fox) hoverboard from the Back to the Future sequel.

Aside from the Han Solo jacket — which is by far the priciest piece at the auction — the second most in-demand item is another Harrison Ford gem: Indiana Jones’ signature fedora from Raiders of the Lost Ark, which is estimated to go for upwards of £300,000 ($397,000 USD).