McQueen Documentary a Haunting Look At One of Fashion’s Greatest 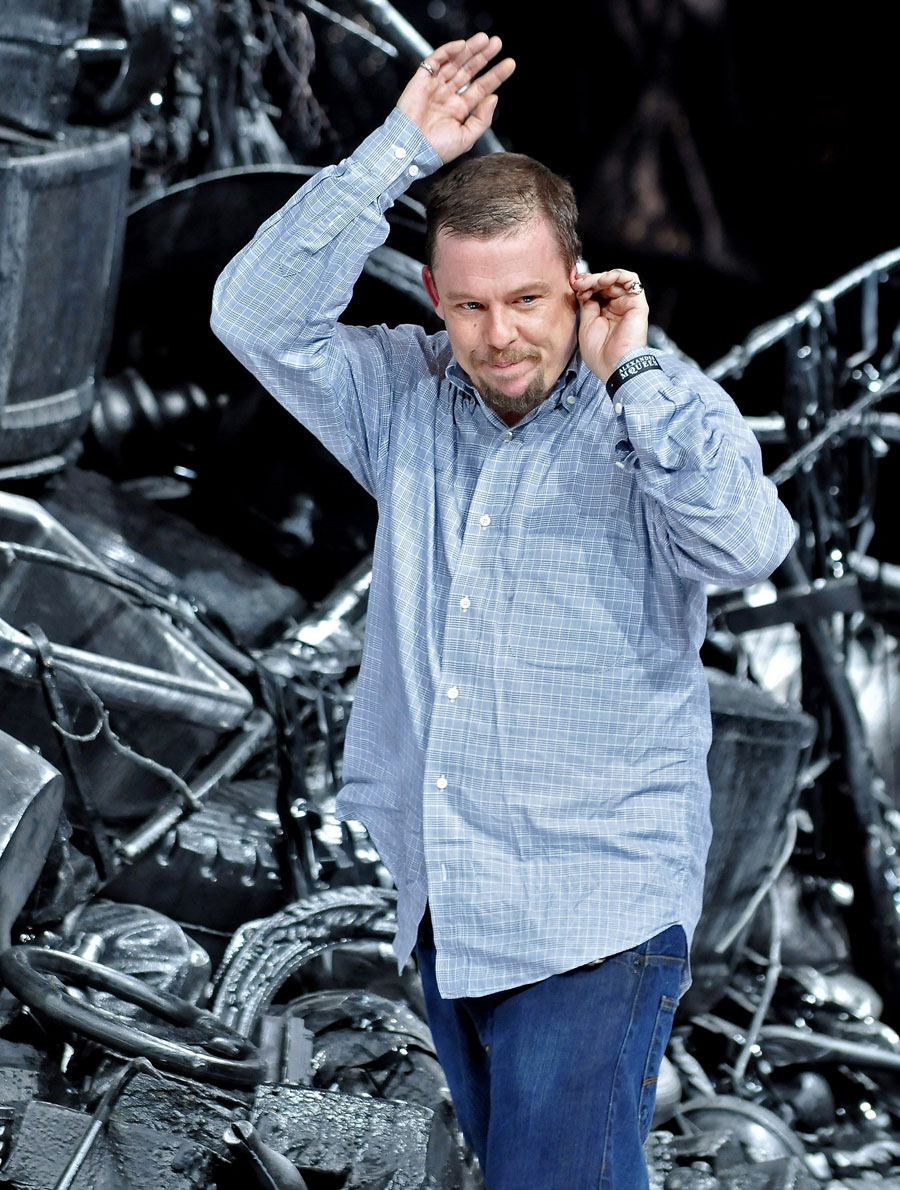 Thanks to the success of the seminal Vogue documentary, The September Issue, there has been a rush of filmmakers eager to pull back fashion’s velvet curtains to show the inner machinations of the industry. Viewed by outsiders as both intriguing and intimidating, it’s a world populated with oversized egos and outrageous personalities with an Olympic-level drive for success. These are characters seemingly waiting for their closeup.

So far this year there were theatrical releases of docs on such fashion iconoclasts as former Vogue editor, Andre Leon Talley (The Gospel According To Andre) and designer Vivienne Westwood (Westwood: Punk, Icon, Activist.) Now comes McQueen, an intimate portrait on the British designer, Alexander McQueen, who at age 40 and at the height of his career, committed suicide in 2010.

McQueen, a brash and paunchy kid from London’s East End, showed an immense talent which fuelled a meteoric rise to the upper echelons of the fashion world, taking the reins at the haute couture house of Givenchy in Paris. His clothes were provocative, brooding and at times macabre, but also romantic and poetic. His fashion shows were legendary, each season telling epic stories that could riff on wildly different themes from horror films, his ancestry, Jack the Ripper or the legend of Atlantis.

Whenever the subject of a documentary is heavily involved in the making of the film – as Leon Tally and Westwood were – there is always the risk it will only offer facets of their lives they wish to disclose.

With McQueen, the film makers, Ian Bonhôte and Peter Ettedgui – with unfettered freedom since the parent company of the Alexander McQueen label refused to participate – were able to capture the rise and fall of the designer, his glorious work and his battles with some very personal demons. The film comprises of original interviews with friends, family and loyal colleagues, as well as videos of his some of his most famous shows, including the one that started it all, his Central Saint Martin’s graduation collection. Included were interviews McQueen gave throughout his career with the press – several with Canada’s own Jeanne Beker and her groundbreaking show, Fashion Television.

But where the film making duo really hit the jackpot was the amateur VHS footage they discovered that showed an intimate side of McQueen behind closed doors, working and playing. Back in the 1980s and 1990s, as personal video recorders were becoming popular, someone on McQueen’s design team played around with one, capturing various unguarded moments. There are scenes that showed the struggle to financially put together a show and the giddiness of teenagers as they first arrived in Paris for the big job at Givenchy.

Whoever was behind the camera of those VHS videos could not possibly have guessed how poignant those scenes would play out now. Especially one very casual, almost throw-away moment that could now be viewed as a moment of utter betrayal involving one of McQueen’s most important relationships, that with his close friend, muse and Svengali-type mentor, Isabella Blow. A major fashionista with an aristocratic pedigree, Blow was famous for discovering young design talent and nurturing them to success, and was an early champion of McQueen from the moment she saw his graduation show.

Despite her palatial estates, Blow had to work as a stylist to support her lifestyle. But once McQueen secured the lucrative job at Givenchy, he announced at a dinner party – one she threw for him no less – that she was not going to be part of his team going to Paris. That moment and Blow’s reaction to this betrayal was captured on one of those fleeting amateur videos.

While the film does not flinch away from moments that revealed McQueen’s darker side, it’s also a moving portrait which showed a complex and troubled genius who slowly unravelled.