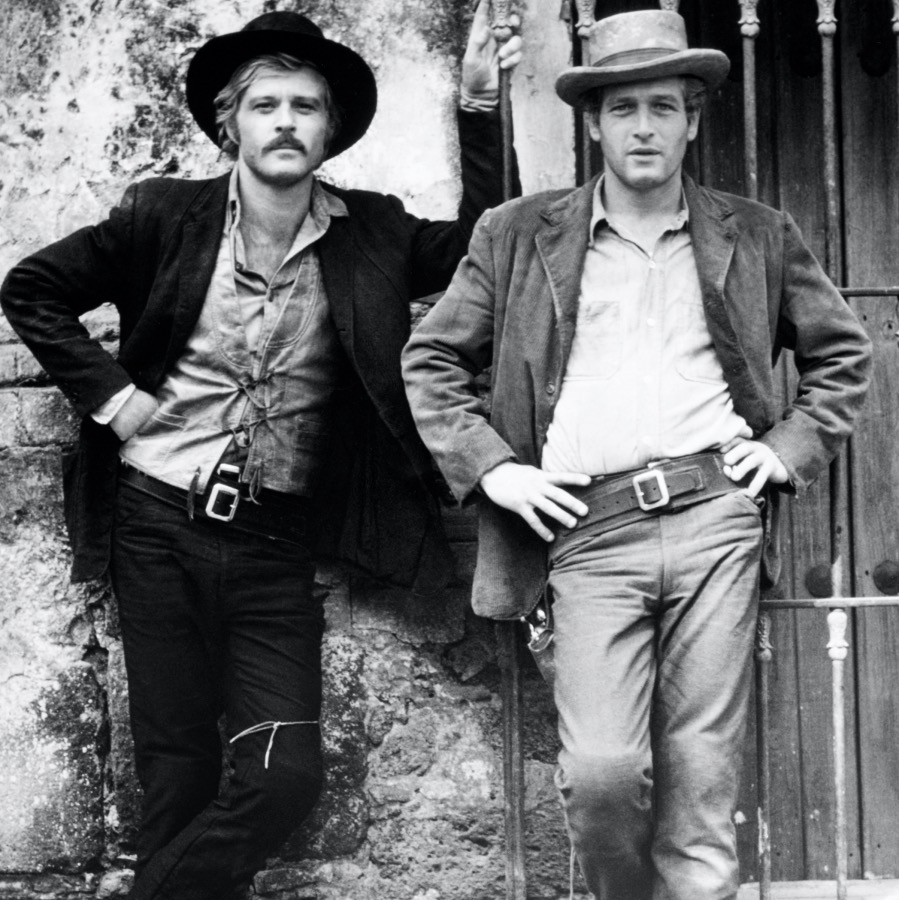 From John Wayne to Yul Brynner, we round up the hottest cowboys to ever ride into Hollywood.

As a little girl I gravitated to western movies because of the horses, never mind that I’d cry every time one of the horses fell or got “shot.”

Then, around puberty, something else caught my eye: cowboys. And there were lots of them. The overt masculinity of the loner, the outlaw, the maverick, the gunslinger, is still the stuff of fantasy for millions of men (who want to be one) and women (who want to love one).

Suffice to say, this hero of American mythology never disappoints, from the complex darkness of antihero Ethan Edwards in The Searchers to the squinting, poncho-wearing gunslinger Blondie in The Good, the Bad and the Ugly, to the dying and regretful Lee Hayden in The Hero.

In these three examples, the actors who embody the cowboy roles — John Wayne, Clint Eastwood and Sam Elliott respectively — spent their careers playing variations on a theme of the cowboy archetype. Indeed, while Eastwood appears to have stepped back from appearing in front of the camera, his stature as the classic American hero no doubt stands him in good stead as he works behind the camera, even his choice of subject matter tends to surround similar male heroics (American Sniper, Sully, etc.). But let’s cast aside any intellectualizing of the cowboy and take a more carnal approach.

As such, read on for our “dirty dozen” list of the 12 sexiest movie cowboys ever.

Lets start with John Wayne from The Searchers. Wayne was perhaps the most iconic cowboy of western moviedom, no matter which film he starred in.

One of the most decorated real-life American combat soldiers of the Second World War, Audie Murphy was discovered by actor James Cagney. Murphy went on to star in a string of films including the westerns No Name on the Bullet and Cast A Long Shadow. A real-life horseman who bred Quarter Horses, Murphy died in a plane crash in 1971 and is buried at Arlington Cemetery.

Jimmy Stewart may not be your idea of “hot,” but judging by how tightly his Destry Rides Again co-star Marlene Dietrich is clinging to him, she thinks he’s a bit alright. And so do we!

In El Dorado, screen legend Robert Mitchum plays an alcoholic sheriff unable to cope with a nasty piece of work rancher (played by Ed Asner) who is bullying the town for water rights, among other things. Guess which gunfighter rides into town to help him out? Yup, John Wayne!

Here we get a two-for-one sexy cowboy special from the original Magnificent Seven. It’s hard to top Steve McQueen and Yul Brynner.

When I wrote the original post I did not include Paul Newman and Robert Redford in my list of sexiest movie cowboys — iconic as their 1969 western Butch Cassidy and the Sundance Kid has become — solely because I didn’t consider Newman and Redford “career cowboys” since they had equally iconic roles in other films, like All the President’s Men and Hud to name but two.

But dear readers, you spoke and I listened. So set your eyes and your hearts on these acting legends in their cowpoke gear — and let it be said that few men look as dashing in a cowboy hat.

Look at those eyes! The Good, the Bad and the Ugly was the last film in Sergio Leone’s famous spaghetti western trilogy, though Eastwood went on to appear in numerous westerns and won an Oscar for Best Director with Unforgiven.

Kevin Costner played a cowboy in Silverado, but it was his writing, directing and starring role in Dances With Wolves (a multiple Oscar winner to boot) that put him on the map as a western hero.

Of course television has produced its share of hit westerns ranging from Gunsmoke, Bonanza, Maverick and The Rifleman. The contemporary western, Justified, managed to nab Emmys as well as make star Timothy Olyphant a household name — at least in my house.

Last, but certainly not least, is character actor Sam Elliott, who appeared in the 2017 indie hit The Hero, about an aging movie star who has spent his life portraying cowboys in westerns and must confront his own mortality. Sound familiar? The film was written specifically for Elliott, who has made a career out of playing the strong-but-silent type in westerns. And, yes, still hot.