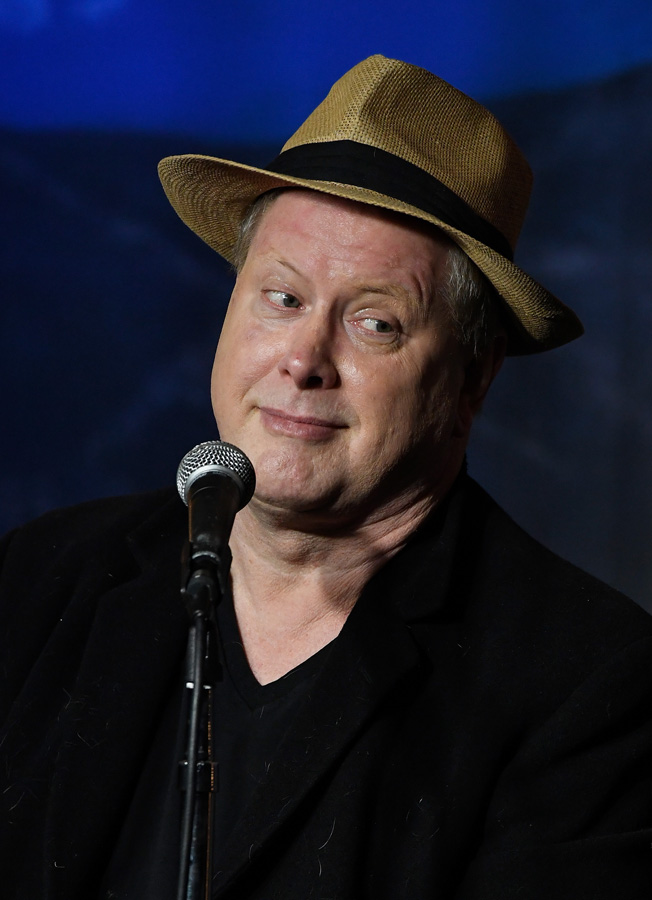 Click the player to listen to our interview with Darrell Hammond. And don’t forget to subscribe to Ages & Icons  on your favourite podcast app.

Darrell Hammond is a man of many faces who made a name for himself as an impressionist extraordinaire during his record-setting 14-year run as a regular cast member on Saturday Night Live. But between beloved Bill Clinton and Sean Connery impressions, Hammond faced off against his own personal demons, struggling for years with drug abuse and emotional trauma that dated back to childhood.

In this episode of Ages & Icons, the 62-year-old Hammond — whose two new Audible audiobooks are available now, including his memoir, God, If You’re Not Up There, I’m F*cked and That’s Clinton, an assortment of stories from his book — opens up about his time on SNL, including being the oldest cast member in history, his addiction struggles and the ongoing process of becoming a healthier, better version of himself. Of course, he also tosses in a few impressions for good measure.

The story of Hammond’s tumultuous life and career is ultimately an uplifting one, proving that you’re never too old to change and become the person you want to be.