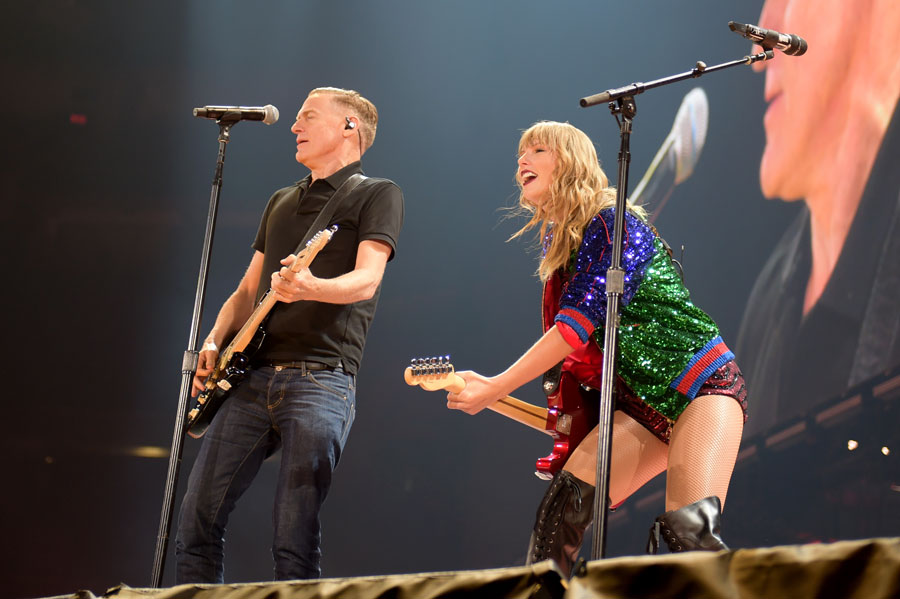 Pop star Taylor Swift has built a reputation on surprising her audiences during shows, specifically by discreetly inviting famous guests to join her on stage for some friendly banter and a song or two.

This time around, Toronto got a special treat.

Swift, playing the second of her two sold-out shows at the Rogers Centre on Aug.4, shocked fans with a rousing duet alongside Ontario-native Bryan Adams.

Gently strumming her guitar, Swift sprung the surprise on her fans by saying, “It’s just one of my favorite songs ever written — it’s not one of mine, but I was wondering, like, you guys have been singing so loud all night, but I really wanted to see how loud it could be, right?” She then launched into the opening chords of Adams’ 1984 smash hit, “Summer of ‘69.”

The Canadian rocker, who had just played his own show down the street at the Scotiabank Arena the night before, arose on the stage’s lift to the sound of thunderous applause. The pair then broke out in song, including an extended outro where Adams and Swift improvised a few vocals.

Swift, who continues her Reputation Tour through the month of August,  previously performed an acoustic version of “Summer of ’69” during her Speak Now Tour in 2011.