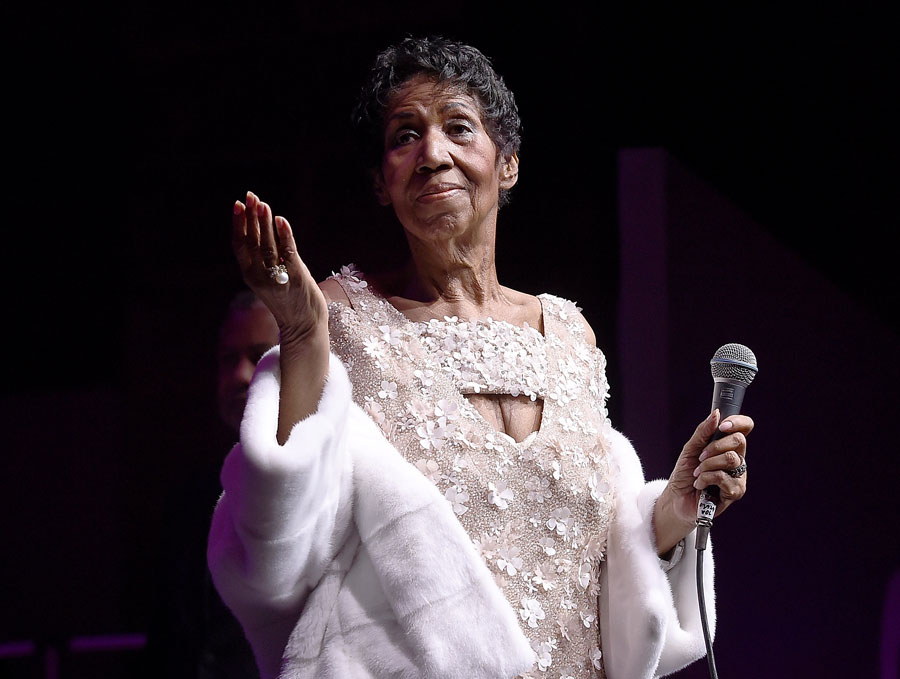 The news comes on the heels of an earlier report from Roger Friedman’s Showbiz 411, which said the 76-year-old music icon is surrounded by “family and people close to her” in her hometown Detroit.

Rumours of Franklin’s poor health have long been swirling through the entertainment industry. The icon underwent surgery for pancreatic cancer in December 2010 and has been frequently ill ever since, although she kept a busy concert schedule.

In March, Franklin cancelled two New Jersey concerts on short notice. According to a statement released by her management team at the time, the singer was following doctors’ orders to rest for two months.

The Queen of Soul’s most recent performance was Nov. 2, 2017, for the Elton John AIDS Foundation in New York.

The Memphis-born singer is the daughter of pastor and civil rights activist C. L. Franklin. From a young age, she played piano and sang in the church, eventually signing with Columbia Records as a teen. But it wasn’t until her albums with Atlantic Records (whom she signed with in 1966) that we truly caught a glimpse of Aretha Franklin as she was meant to be — the Queen of Soul. She released a string of successful albums and singles, including “You Make Me Feel Like a Natural Woman,” “Respect” and “Think.”

During her illustrious career she’s won 18 Grammy Awards, become a Recording Academy Lifetime Achievement honoree in 1994 and was the first woman inducted into the Rock and Roll Hall of Fame in 1987 — and that’s not all. Franklin was also the recipient of the Presidential Medal of Freedom, the National Medal of Arts and the Kennedy Center Honors.

Last year, Franklin announced her plans to retire after releasing one final album.

RELATED: Aretha Franklin to Retire: 5 of Our Favourite Queen of Soul Performances