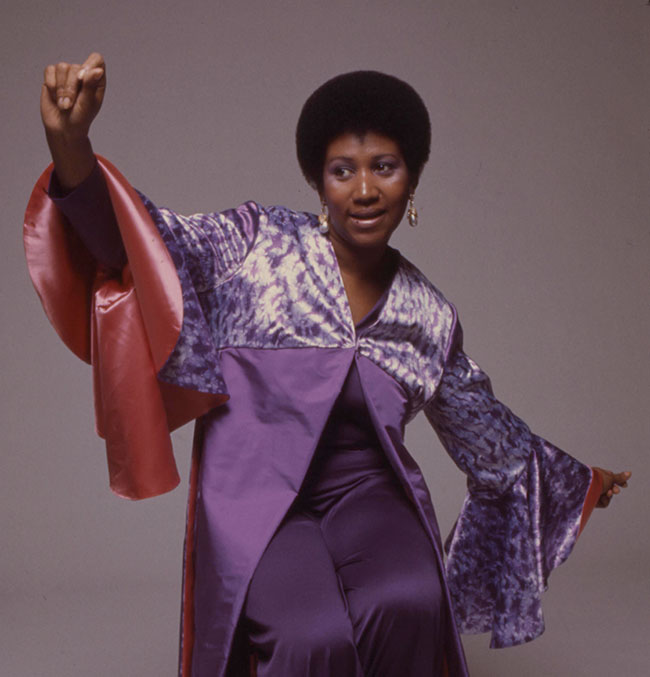 Aretha Franklin, the Queen of Soul, died on Aug. 16 in Detroit at age 76, after a long period of illness.

Her grieving family released a statement: “In one of the darkest moments of our lives, we are not able to find the appropriate words to express the pain in our heart. We have lost the matriarch and rock of our family.”

Still sitting on top of Rolling Stone’s list of the “greatest singers of all time”, Franklin won 18 Grammies and was the first woman to be inducted into the Rock and Roll Hall of Fame in 1987. Her biggest hit, “Respect”, was recorded in 1967, which became an anthem both for the civil rights movement and the women’s movement.

But you didn’t have to join a group to want to sing along with that spellcheck chorus: “R-E-S-P-E-C-T. Find out what it means to me…” It’s a song that can make anyone feel a little stronger and freer.

Franklin and her family had been private about her health over the years; when the singer had to cancel some shows in 2011 she denied rumours that she had pancreatic cancer. (All three of Aretha’s brothers and sisters, including her manager Cecil Franklin, died of cancer.)

However, she regained her health and went on to tour and perform, only recently announcing her retirement in 2017. “I will be recording, but this will be my last year in concert,” she told a Detroit news station. “This is it.” She said she was still looking forward to working on a new album with Stevie Wonder.

Born in Memphis, Tenn., Franklin was two years old when her family moved to Detroit, which has been her hometown ever since.

In the course of her seven-decade career there have been many barn-burning performances, but one of the highlights was her appearance at the Kennedy Center Honors in 2015.

The event was a tribute to singer-songwriter Carole King, and the audience was full of luminaries including Barack and Michelle Obama. Franklin came on stage wearing diamonds, a gorgeous beaded gown and a full-length silver fur coat. She sat down at the piano and began to sing “(You Make Me Feel) Like A Natural Woman.” At the first few lines — “Looking out at the morning rain/I used to feel so uninspired…” — the camera caught then-President Obama wiping away a tear. As the song ended, Franklin stood up and let the fur coat slide off her shoulders to the floor as she lifted her arms and her voice soared into the final chorus. Watching from the audience, Carole King was beside herself with joy. Franklin’s performance was nothing less than electrifying, and brought everyone to their feet.

That voice — as big as a stadium and as lustrous, sexy and dramatic as the fur coats she loved to wear on stage.

When you’d hear her sing “I Never Loved a Man (The Way I Loved You)” or “Chain of Fools” or “I Say A Little Prayer”, it’s diamonds and cool water, fire and prayer, all at once.

Her stage presence was regal; she had a bosom rather like the other Queen’s — stately and formidable. That voice coming from a skinny person would just not be the same. And it seemed there was nothing she couldn’t tackle with her voice, from jazz to gospel, R&B and the diva classics — a vocal gift she learned and refined from childhood as a gospel singer on the circuit with her famous preacher father, C. L. Franklin. (One of her gospel recordings from the 1950’s identifies her on the label as “Aretha Franklin (Daughter of C.L. Franklin).”

By the time she left the gospel circuit for New York at 18, she already knew how to own a song. When she was growing up, family parties included the likes of Duke Ellington, Nat King Cole, and Sam Cooke (on whom she had a crush). Music was the air she breathed. It’s no surprise that when Luciano Pavarotti had to cancel an appearance on the 2015 Grammys, Franklin stepped in at the last minute and delivered a flawless performance of Nessun Dorma. Her voice had no limits.

All this was clearly in the cards for the 18-year-old woman who first appeared on the Cliff Richard TV show in 1970, to sing “I Say A Little Prayer.” She appeared on stage with her hair in a short Afro, wearing calf-high boots, hoop earrings, and a leg-flashing dashiki-poncho. New to television, freshly signed to Columbia Records, she was already in utter control of her voice, going against the grain of the lyrics a little as she bent the song to her own shape, taking something Dionne Warwick had already recorded and kicking it up a few notches. Her backup singers did her proud, and when the song was over, the look on her face as she calmly accepted the camera’s gaze was, “Put that in your pipe and smoke it!”

She could also knock a tune out of the ballpark. Her rendition of the American National Anthem at a Thanksgiving football match in 2016 was full of so many piano flourishes and languid riffs that people got twitchy waiting for it to end, four minutes and 35 seconds later. Perhaps Franklin’s gospel training only makes it natural for her to push it to 11 with every performance — whether the song needs embellishment or not. But her power, unleashed, was always scorching.

It was a thrill to watch her break through the screen in the 1980 movie, The Blues Brothers, where she played a waitress who stands up to her boss, performing the freedom-loving song “Think.” (“You better think about what you’re trying to do to me….”) At first glance, Franklin is in full character as a diner waitress in sensible shoes, but by the end of the choreographed song she is flicking up the skirt of her uniform and showing all her Queen of Soul colours. (Dan Aykroyd and John Belushi, the Blues Brothers, are in the same scene, looking mighty pleased with the company they’re in.)

In a Rolling Stone feature on “The Hundred Greatest Singers”, the R&B singer Mary J. Blige said, “Aretha has everything — the power, the technique. She is honest with everything she says … and she has total confidence; she does not waver at all… When it comes to expressing yourself through song, there is no one who can touch her. She is the reason why women want to sing.”

Franklin’s success was also a matter of good timing as her career intersected with a time of political awakenings. Otis Redding first recorded “Respect” in 1965; his version was very different, an R&B tune about a guy coming home from the road, hoping for a little sexual attention and “respect” from his wife.

Then it happened that the same engineer who had worked on Redding’s rendition ended up working with producer Jerry Wexler on Franklin’s album. He thought Franklin should cover the song — which she did, reversing the gender roles and pouring her passion into this call for “just a little bit” of respect. The song came out as women’s lib was stirring, and the rest is recording history.

As producer Wexler told Rolling Stone when they put “Respect” near the top of their list of Greatest Songs of All Time, “There are songs that are a call to action. There are love songs. There are sex songs. But it’s hard to think of another song where all those elements are combined.”

This week, tributes from musicians around the world are pouring in to the Queen of Soul and her family, all paying their respects to a singer who taught us the meaning of the word.