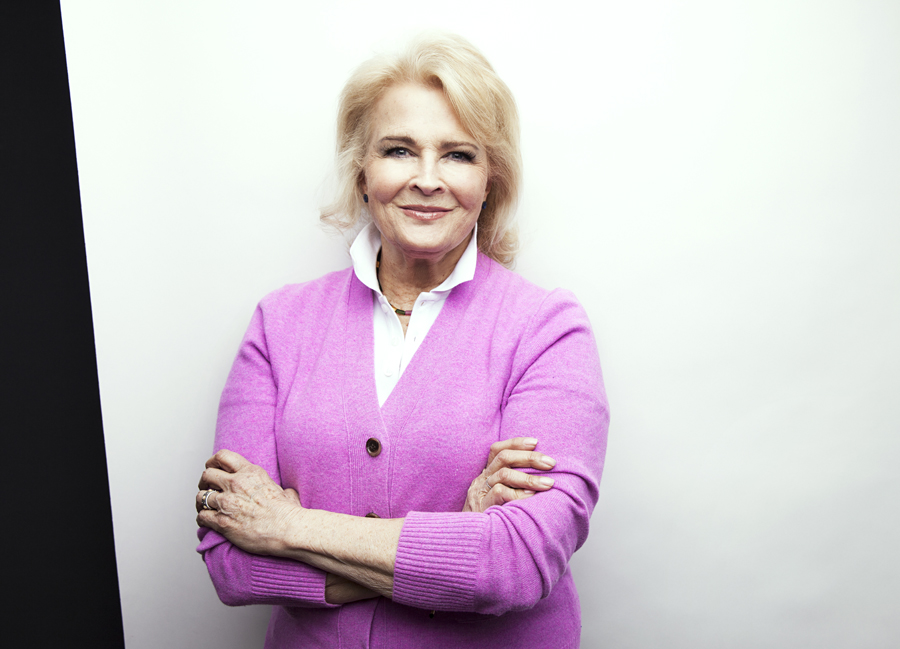 Photo: Jesse Dittmar for The Washington Post via Getty Images.

Of all the recent television reboots to rise from the ashes of 1990s pop culture — Fuller House, Will & Grace, Roseanne — the hit newsroom sitcom Murphy Brown might just prove the most important.

Beyond taking a stand for progressive values and reflecting current social discourse, Murphy Brown, the character and the show, boast a history of pulling no punches when it comes to taking on real-life political figures. Just ask Dan Quayle who, back in the quaint ol’ days of 1992, when being a single mom on television qualified as a scandal, gave a speech deriding, “Murphy Brown — a character who supposedly epitomizes today’s intelligent, highly paid, professional woman — mocking the importance of fathers by bearing a child alone and calling it just another ‘lifestyle choice.’” On a follow-up episode of the sitcom, Murphy watched the speech and responded, asking, “What planet is he on?” while her journalist pal Frank (played by Joe Regalbuto) quipped about Quayle’s intellectual prowess. “Tomorrow he’s probably going to get his head stuck in his golf bag and you’ll be old news.”

Fourth wall — broken. The line between reality and television — blurred. And today, at a time when America stands divided by a television-obsessed POTUS with a penchant for racism, misogyny, lying and demonizing the press — except Fox News, whose hosts seemingly speak directly to the president through his TV set — what better cultural counterweight is there than a strong, smart, successful, progressive, combative female television journalist?

Murphy Brown, by way of Candice Bergen, the actress who plays her, is 72, the same age as President Donald Trump. Both gained their greatest fame on television, both command loyal followings and both boast a reputation for being fighters. The two even went on a blind date once — a courtship, the actress notes, that ended by 9p.m. that same night. The difference is that Murphy Brown’s made a career of chewing up brash, offensive men like Trump. In fact, if faced with the ultimatum of sitting for an interview with either Special Counsel Robert Mueller or Murphy Brown, I’m willing to bet Trump would take pause, not knowing which would prove more damaging to his reputation and his ego.

And while the new Murphy Brown doesn’t debut on CBS until Sept. 27, the series is already taking shots across the fourth wall at Trump. In recent social media posts, videos of Murphy and her co-workers instant messaging with each other serve to skewer the president by commenting on the real-time news cycle.

In one, posted on Aug. 22, Murphy is shown messaging with her producer Miles (Grant Shaud). “Eight guilty verdicts! I won our bet. You owe me dinner,” Brown messages Miles, the day after Trump’s former campaign chairman, Paul Manafort, was found guilty on eight criminal counts. “That wasn’t the bet. You said he’d use an insanity defense. You lose,” Miles responds. “Truth isn’t truth,” Murphy responds, mocking Trump’s lawyer, Rudy Giuliani, who uttered that nonsensical line during a recent interview. “Where are we eating?”

In another video posted the next day, Murphy and Frank are instant messaging. “You watch Trump’s WV rally?” Franks asks. “No. Why?” Murphy answers. Frank explains, “They played Tina Turner’s ‘Simply the Best’ before he went on.” “In light of Stormy [Daniels],” Brown replies, “’Private Dancer’ would have been better.”

The president, somewhat uncharacteristically, hasn’t responded to the posts. However, with guilty verdicts levied against Manafort and Trump’s long time personal lawyer Michael Cohen this week, who may be spilling the beans on the president to Mueller’s team, Trump allies, David Pecker and Dylan Howard, respectively the CEO and CCO of the parent company of The National Enquirer, reportedly co-operating with federal prosecutors in exchange for immunity and possibly offering up years-worth of seedy, behind the scenes Trump info and today’s news that the Allen Weisselber, CFO of the Trump Organization, also took a same deal with federal prosecutors, Trump might be slightly distracted.