The Queen of Soul, Aretha Franklin, Is As Vivid In Death As In Life 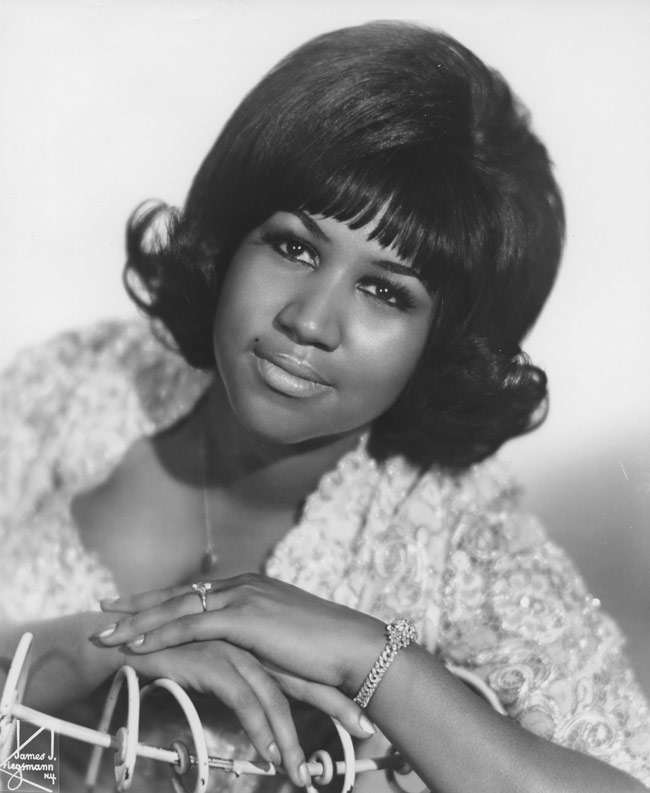 Aretha Franklin is not going gently into the good night.

The Queen of Soul, the diva from Detroit, the fashion icon, is decked out in flaming red to receive the tributes of her adoring public.

Lines of mourners snaked around the blocks surrounding the Charles H. Wright Museum of Natural History in her beloved hometown of Detroit on Tuesday and Wednesday; Franklin’s gospel music playing softly in the background.

Her body, and the grand open-viewing procession, will move to New Bethel Baptist Church to lie in state on Thursday ahead of Friday’s funeral. The church was the site of her earliest gospel performances as a teenager.

The elaborate dress, made of ruffled and frilled netting, was chosen to match the exact shade of red that symbolizes her sorority, Delta Sigma Theta. Her legs have been daintily crossed at the ankle, the better to draw attention to the shimmering crimson Christian Louboutin stilettos. Her lips and nailed have been painted to match, completing the look.

And the cascade of roses that surrounds her gleaming gold coffin are in shades of pale pink pastel, the better to allow Franklin herself to stand out.

Not that an artist with a singular voice such as Franklin’s, full of power and heartbreaking emotional dexterity, could ever fade into the woodwork. And her extraordinary fashion sense was another fierce element of her legend.

Franklin loved her bling. She never performed on a stage with air conditioning, to protect her voice. But that didn’t mean she would eschew her signature fur coats. And it was in 2015 that came the indelible moment she walked out onstage at Kennedy Centre Honors wrapped in a lush, full-length fur.

The event was to celebrate Carole King, who co-wrote Franklin’s signature anthem “Natural Woman.” When she began to belt it out, the Queen had King quite literally gobsmacked: the songwriter’s jaw dropped so low you could see her tonsils. President Barack Obama famously wiped away a tear, the simple gesture captured on camera. But Franklin then took the drama off the dial and shrugged out of that fur, dropping the pelt to the ground, revealing a simple, chic golden sheath dress beneath. The power move proved she was commander-in-chief of any damned stage she chose to take.

For Obama’s inauguration in 2009, Franklin brought the same stagecraft magic to bear with her choice of hat. She loved hats, and had many made by a relatively unknown Detroit hatmaker named Luke Song — who was unknown no longer after that day.

The hat in question was a grey felt number with a massive bow perfectly proportioned to wrap her head and show off her face framed in glittering Swarovski crystals. She had proudly brought her distinctive Detroit style and its touch of flash to buttoned-up Washington. That carefully curated hat spoke volumes on the occasion of the swearing in of America’s first president of colour.

From her swinging Motown looks of the ’60s when she rocked a bouffant hairdo, through the ’70s and ’80s when she transitioned to an Afro, Franklin was always on the trend of the moment. Her outfits were completely thought out head to toe.

But as she aged, and as her legend grew larger than life, so too did Franklin’s sense of occasion. She added sparkle and feathers and bold colour and shiny details. She went bigger and bolder and more fabulous.

There is a shot of Franklin at the 2008 Grammy Awards that features the diva in massive diamond necklace, low-cut gown and a fur stole that also speaks volumes. What was the point of making it if you can’t flaunt it?

Another microphone drop was the all-white outfit, complete with fur muff, fur-trimmed satin coat and matching turban that she busted out in 1998. She wore tutus and crowns, bustiers and sweeping trains and she never met a sequin she didn’t like.

Aretha Franklin knew she owned our ears, with her soaring unparalleled voice, a gift from her God, that she never stopped paying tribute to. But she knew our eyes were on her, too, and she never failed to deliver a fashion sense as spectacular as her phenomenal pipes.