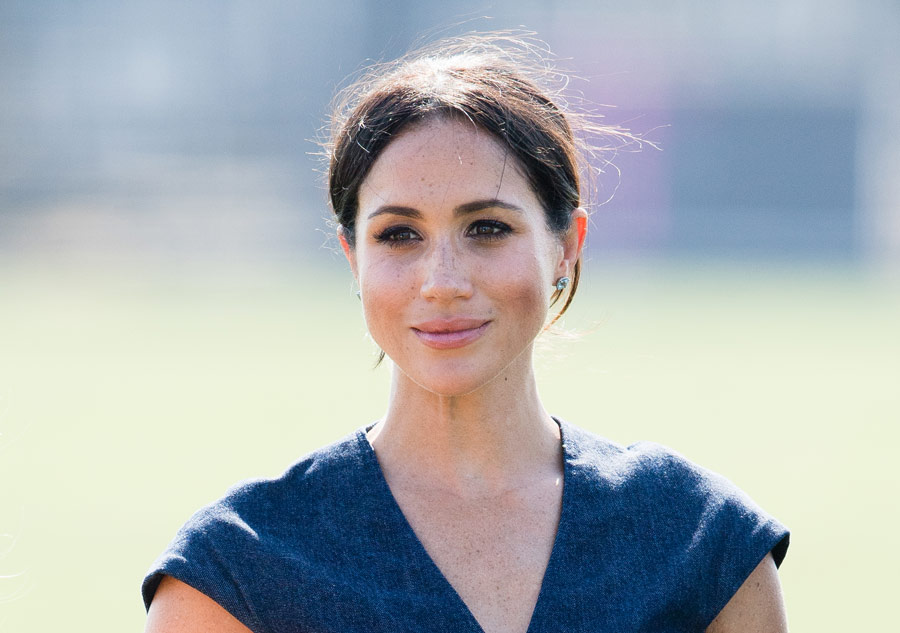 Meghan, the Duchess of Sussex, managed to pull off the incredible feat of flying into Toronto under the radar last week to enjoy some quality one-on-one time with best friend Jessica Mulroney.

The former actress, who lived in Toronto for seven years during the filming of the legal drama, Suits, spent three glorious paparazzi-free days at the Mulroney household without media hounds picking up the scent. Sure, it was reported on by various outlets — including yours truly — but wasn’t officially confirmed. Until now, that is.

Sources have confirmed to Good Morning America that Meghan and Jessica spent time lounging by the Mulroney’s outdoor pool and playing with Jessica’s three kids — eight-year-old twins Brian and John and five-year-old Ivy. The source said the kids “love seeing their Auntie Meg.”

Omid Scobie, a royal correspondent for Good Morning America, shared the news on Twitter in a series of tweets: I kind of love that idea that, right around the time she was marking 100 days as a duchess, Meghan just wanted to spend quality time with those who knew her best before she catapulted to fame and started living the life royal.

Some royal watchers are even wondering whether Meghan was on hand when Jessica recently shared an adorable photo with her three kids on Instagram. The foursome were pictured posing outside a store, all in matching white outfits, with Brian doing his now-famous toothy grin — much like the one that went viral when he and his brother accompanied Meghan down the aisle as pageboys on her wedding day. “Another day, another jumpsuit. That Brian face though,” Jessica wrote. A couple weeks after the May 19 Royal Wedding, Jessica’s husband, Ben Mulroney, opened up about his kids’ roles on the big day. (Ivy stood in as a bridesmaid.) Speaking on Your Morning about Brian’s hilarious reaction to the pageantry of the wedding when he walked into St. George’s Chapel in Windsor, Ben said: “I asked him and he said he’d never heard a trumpet before. And I think when he walked in, I think he saw all the people there and the flowers — none of that was there during the rehearsal.”

When asked about the pressure of having such a young bridal party in such a high-profile event, Ben added: “There had been so much talk about getting it right with the rehearsals and these kids are so young. There was a lot of worry that this wouldn’t get done right, but they’re having so much fun with it. And that, to me, was the thing that gave me the most pride was that we didn’t put so much pressure on them that this wasn’t joyful for them. It was pretty darn joyful.”

Confirmation of Meghan’s undercover trip to Toronto isn’t the duchess’ only Canadian connection this week. On Wednesday evening, the newly-minted royal was spotted attending the London production of the Tony-winning Broadway musical, Hamilton, with Prince Harry as the personal guests of the show’s creator, Lin-Manuel Miranda.

For the occasion, Meghan wowed the crowd in a black tuxedo mini dress  designed by the Canadian label Judith & Charles. It sold out online within minutes of her arrival at the Victoria Palace Theatre.

The evening’s performance was a special event to raise awareness for Harry’s  charity, Sentebale, which supports the mental health of kids affected by HIV in Lesotho and Botswana.

Speaking of Harry, one of my favourite random bits of royal news this week had to do with a certain poster that adorned the wall of a certain red-headed prince.

By now, most of you have probably heard that recently resurfaced images from Harry’s dorm room at Eton College have gone viral, revealing a celebrity crush: Halle Berry. That’s right, long before Harry met Meghan, the prince was smitten with the Oscar-winning actress. The photo in question shows a beaming 18-year-old Harry surrounded by his most prized possessions — including a sexy poster of Ms. Berry, which prompted the actress to share the photo on Twitter with a cheeky caption: “OK, Prince Harry, I see you!” The picture of Berry was taped right in the middle of the prince’s elaborate wall tapestry. Looks like Harry was destined to marry an American actress after all.