How to Spot 5 Typical TIFF Partygoers 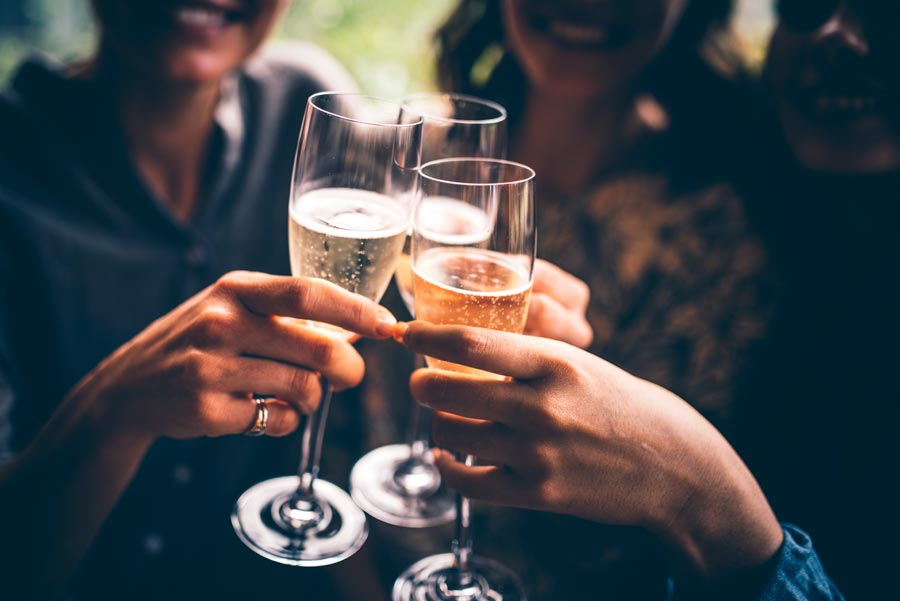 The Toronto International Film Festival is technically about the movies, but it’s the TIFF parties that catch the spotlight long after the film reels stop turning.

Many of the biggest TIFF parties happen during the first weekend of the festival, so whether you’re heading down to a one of the bashes or checking out the photos in the party pages the next day, here are five typical TIFF partygoers you’re likely to spot.

Identifiable traits: Garish duds; reeking of cologne; sunglasses on in a dimly lit club, causing him to bump into servers and door frames; name-dropper extraordinaire — impressive considering he hasn’t actually met any of these celebs.

Where you’re likely to find them: Attempting to chat up the bouncer to convince them they’re supposed to be inside. If they make it in, you’ll catch them near the bar, awkwardly pitching celebs on a lousy movie premise while double-fisting champagne and sneezing when the bubbles tickle his nose.

TIFF cred: They have about as much credibility at a major film festival as a Paul Blart: Mall Cop sequel.

Where you’re likely to find them: Most of them are a fun bunch, staking claim near red carpets and party entrances simply looking for an autograph and a celeb selfie. You may find the odd overzealous on-looker with his face pressed against the window like a child peering into a toy store. Don’t worry about him—one call to security and a spray bottle of Windex will ensure you won’t even know he was there.

TIFF cred: It’s these fans who help generate TIFF buzz thanks to their die-hard commitment to film. They get automatic cred. Except for the guy whose nose smudges up the window.

Where you’re likely to find them: Clinging to the arm of a celeb or industry heavyweight who’s old enough to be her grandfather, pretending to laugh at all of his jokes while secretly using her smartphone to Google just how long his pacemaker can keep him going.

TIFF cred: Very little … until her beau croaks and she inherits half of his estate.

Identifiable traits: Impeccably styled from head to toe; photogenic smile; hovering crowd of admirers and photographers; a velvet rope that separates them from the riff-raff.

Where you’re likely to find them: At the centre of attention. Whether they’re big time movie stars or local cultural leaders, they’re the folks who give a party its credibility. The taste makers, they may be full of interesting stories or full of hot air. Either way they’re the reason the cameras showed up and an invaluable component of any TIFF party worth its red carpet.

TIFF cred: They’re the “names above the title” crowd, so to speak. In other words — they set the bar for everyone else’s festival cred.

5. The Harried Publicist Posed Awkwardly in the Background of a Celeb Photo

Identifiable traits: Clipboard and phone in hand; face contorted in mid-sneeze; hands gesturing in awkward positions; mouth agape in deep conversation; finger scratching side of face, but from the other side it looks like they’re picking their nose.

Where you’re likely to find them: In the background of TIFF party photos, near the celebrity they’re representing at the party. They’ve done nothing except wait on the star they’re tasked with navigating through the festival, caring for they revery need while juggling office work on their phone when they get a spate minute. But here, standing innocently in the background of a group shot featuring their star with his/her pals, the moment the camera shutter snapped happened to be the moment they yawned, or laughed in a way that caused half of their face to twist sideways so their mouth rests below their ear. And when the image of the celeb and friends appears in entertainment publications around the world, that poor publicist in the background will be forever remembered as the weirdo with the face that looks like a broken Mr. Potato Head toy.

TIFF cred: Respectable until the Globe and Mail publishes their TIFF party pics.